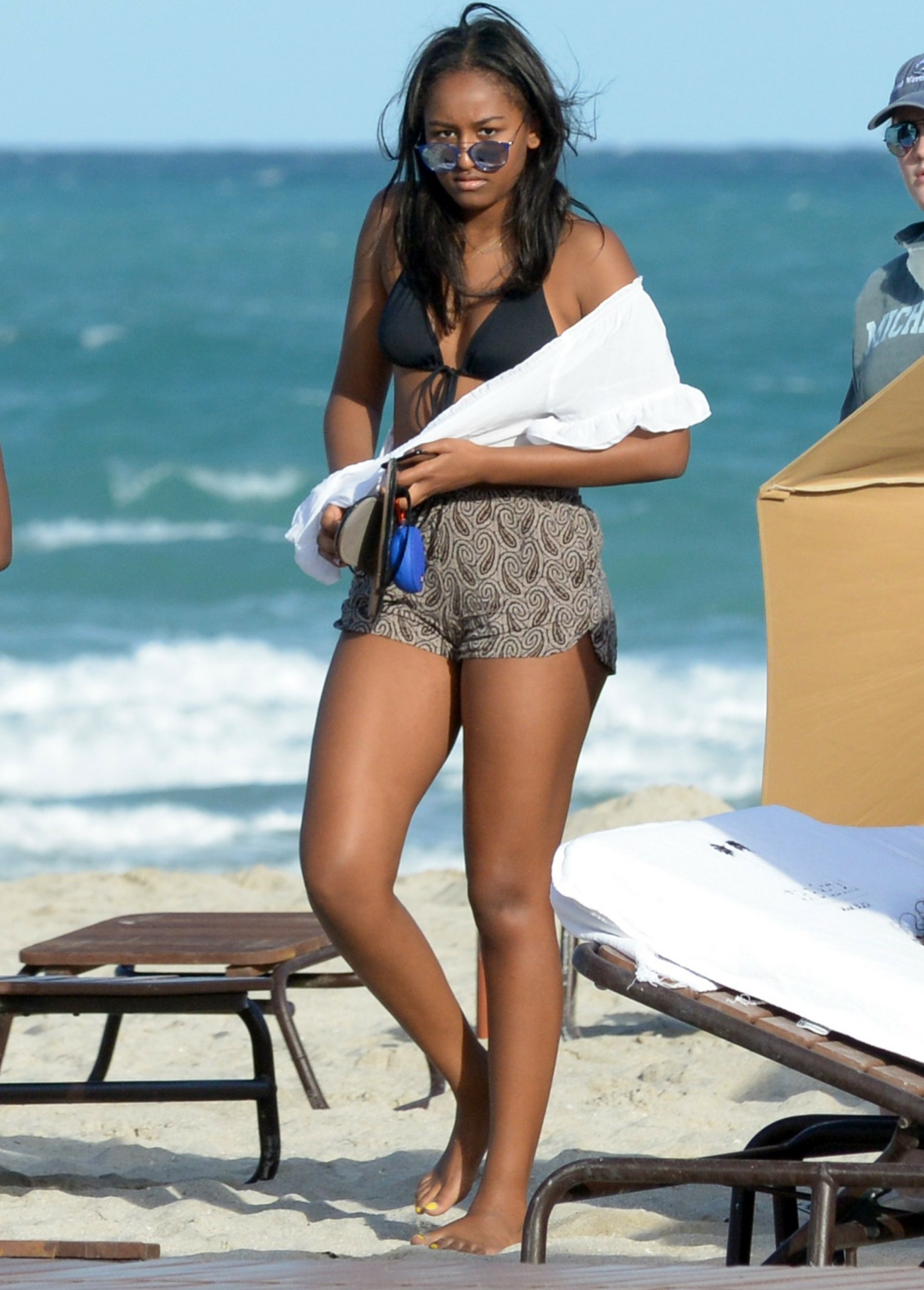 We watched the Obama daughters, Malia and Sasha, grow up in the White House. It was amazing! Americans love it when we have presidents young enough to have little kids in the White House. We got to see them as little kids coming into Washington, getting their first dog and going to fancy DC private schools, and then we watched as they grew up into lovely young ladies who were embarrassed by their father’s dad jokes. Malia graduated from high school in 2016, and she announced in her dad’s final year that she would attend Harvard in fall ‘17 after a “gap year.” Sasha wasn’t through with high school when her dad left office, which is why the Obamas stayed in Washington – so Sasha wouldn’t have to switch schools in her final years. And it looks like Sasha will not be following her family’s Ivy League path – Sasha will reportedly attend the University of Michigan.

Former President Barack Obama’s younger daughter, Sasha, is poised to begin her college career at the University of Michigan next week. Sasha, whose legal name is Natasha, was seen by students attending summer freshman orientation and again this week accompanied by men believed to be Secret Service agents.

“I was walking by pushing a vacuum and she walked out right in front of me,” said Zach Lassen, a third-year film student from Redford. “I said, ‘Excuse me.’ It was a crowded hallway with her and some Secret Service dudes.”

Asked what he thought about her on campus, he said some people he worked with were a tad annoyed with the added security. But Lassen added: “It’s pretty cool.”

Another student, an 18-year-old freshman from Southfield who declined to be named, said Wednesday she saw Obama during her student orientation. The woman, who was in UM’s Summer Bridge Scholars Program at the time, said she saw Obama near the university’s undergraduate library. She said they have mutual friends and said she’s just “a normal student to me.”

Sasha Obama is enrolled for classes that start Tuesday, The Detroit News has learned, which puts her on a path different from her family members: attending a public Big Ten university instead of seeking an Ivy League education. Her sister, Malia Obama, took a gap year in 2016 before enrolling at Harvard University, where her parents attended law school. Malia Obama begins her third year at Harvard this fall.

I really love that Sasha isn’t going Ivy League, and that her parents weren’t trying to force her to go to their alma mater. Some kids truly don’t *want* the Harvard or Princeton experience, you know? Some kids would prefer a university experience that suits their personalities more than the Ivy League. Isn’t Madonna’s daughter Lourdes also attending University of Michigan? I’ll look that up…YES, Lourdes already graduated! Lola is already 22 and a Michigan grad. I hope Sasha has a great college experience! Also: send some good vibes to Barack and Michelle, both of their babies are out of the nest. 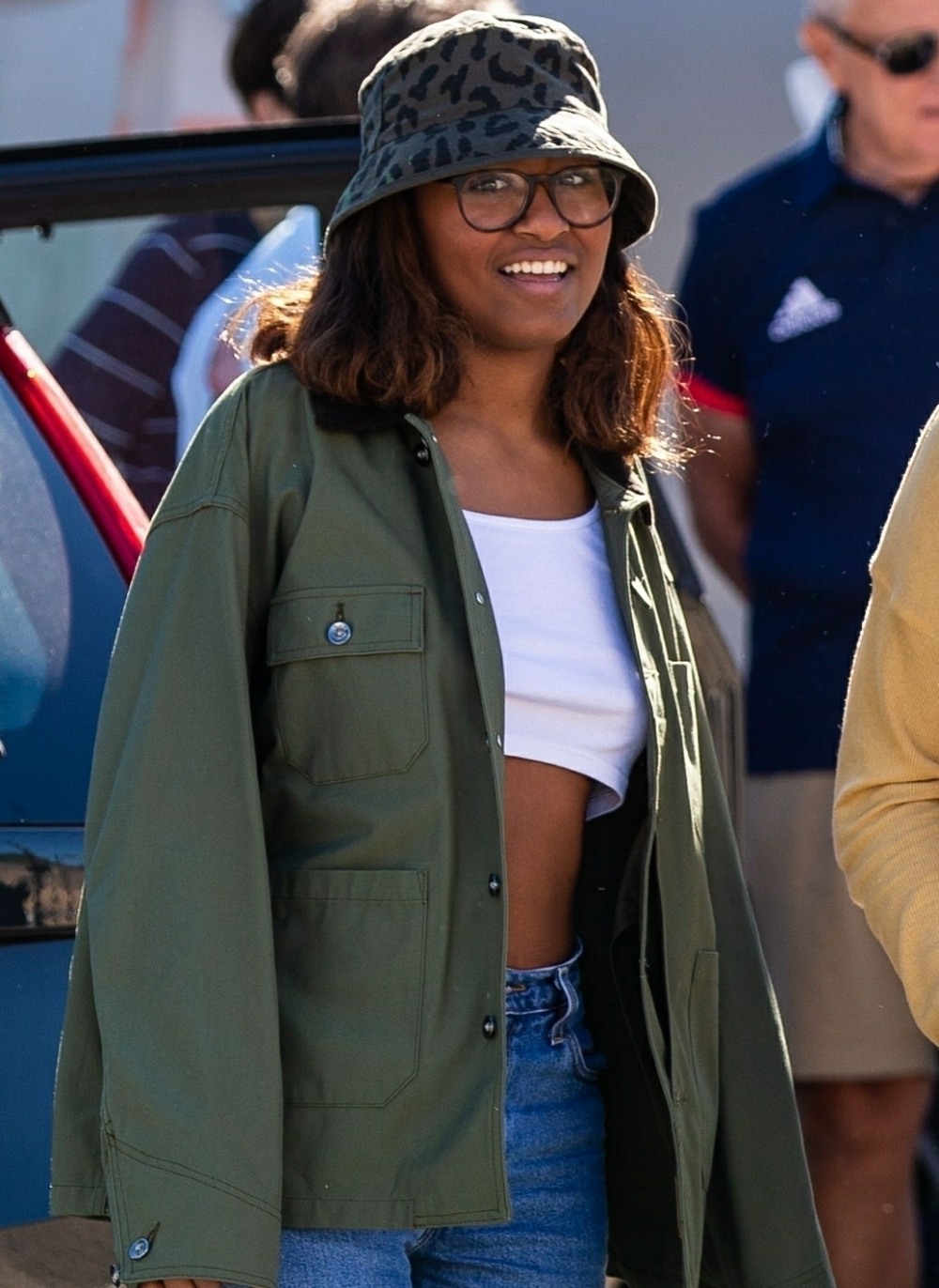