Tennis star Serena Williams has posed for an unretouched shoot for Harper’s Bazaar, appearing on the cover in nothing but a gold cape.

The mother-of-one, 37, flashes some serious flesh as she shares a peek of her bottom in the daring campaign. 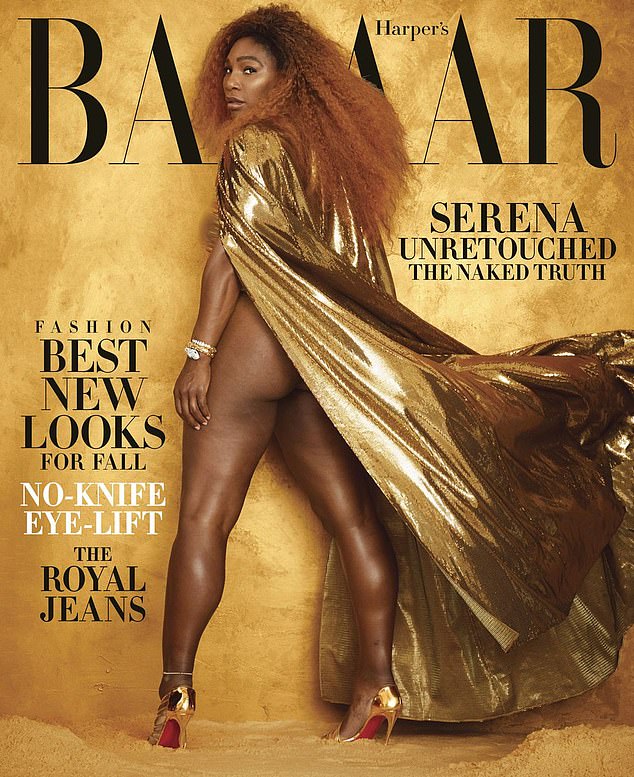 Talking to the publication in the form of a first person essay, Serena discussed last year’s controversial match at the US Open in September 2018 against Naomi Osaka.

She explains why she believes she was penalised as a woman, called the umpire a thief for taking a game away from her. 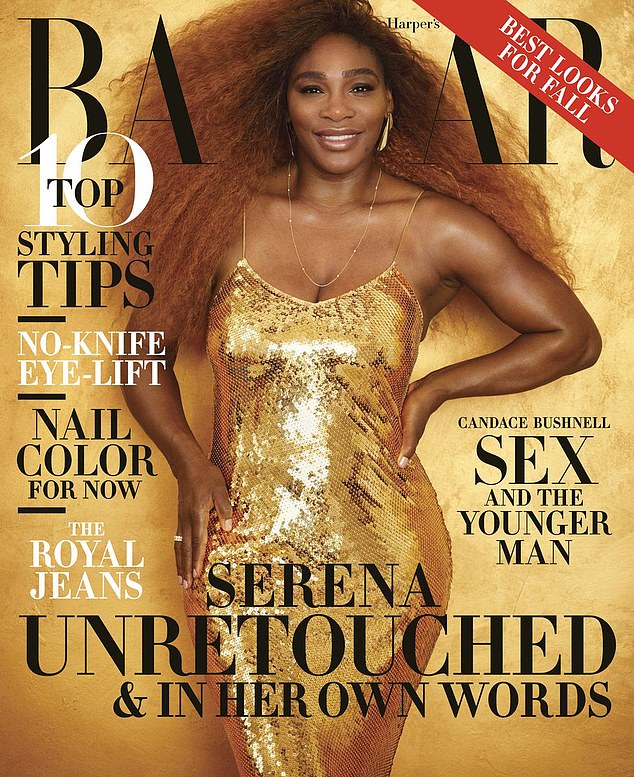 Bold: The sportswoman, who has won 39 Grand Slam titles in all spoke about how important is it for her to speak out as a woman

Speaking kindly, she said: ‘I could not have been happier for her. As for me, I felt defeated and disrespected by a sport that I love—one that I had dedicated my life to and that my family truly changed, not because we were welcomed, but because we wouldn’t stop winning.’

Serena explained why she’ll never regret using her voice to speak out against injustice and discussed how strong her confidence has been since her teen years.

The sportswoman, who has won 39 Grand Slam titles in all, said: ‘At 17, I won my first Grand Slam, and I knew I had more in me.

‘In fact, I was so sure that when I packed up my life and left my dad’s house to move in with my sister Venus, I told him he could keep my US Open trophy.

‘Don’t worry, I assured him. I would get another one for my house. Now that was confidence. I went on to win the US Open not one or two but six times.’

Read the full interview in the August 2019 issue of US Harper’s BAZAAR, available on newsstands July, 23. 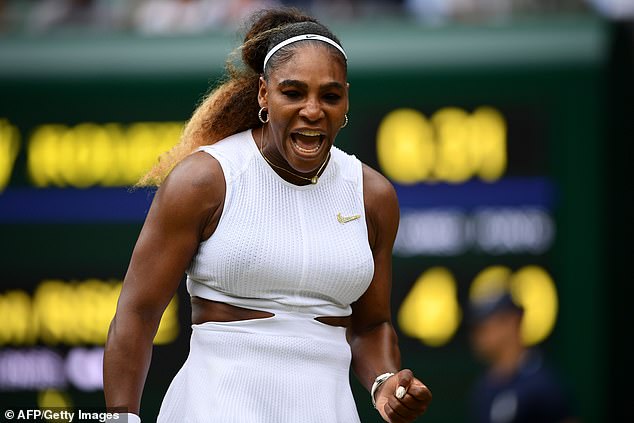 US player: Serena Williams reacts after winning a game against US player Alison Riske during their women’s singles quarter-final match on July 9