It’s been over one year since the reunion special for Shahs of Sunset aired on Bravo. Season seven ended and soon after, fans saw the breakdown of Reza Farahan and Mercedes “MJ” Javid’s longtime friendship, and it wasn’t just some contrived storyline for the camera.

In real life, the drama unfolded in public, and the two besties became locked in a feud with no one taking the steps to fix it. Heading into season eight, where do things stand between Reza and MJ? 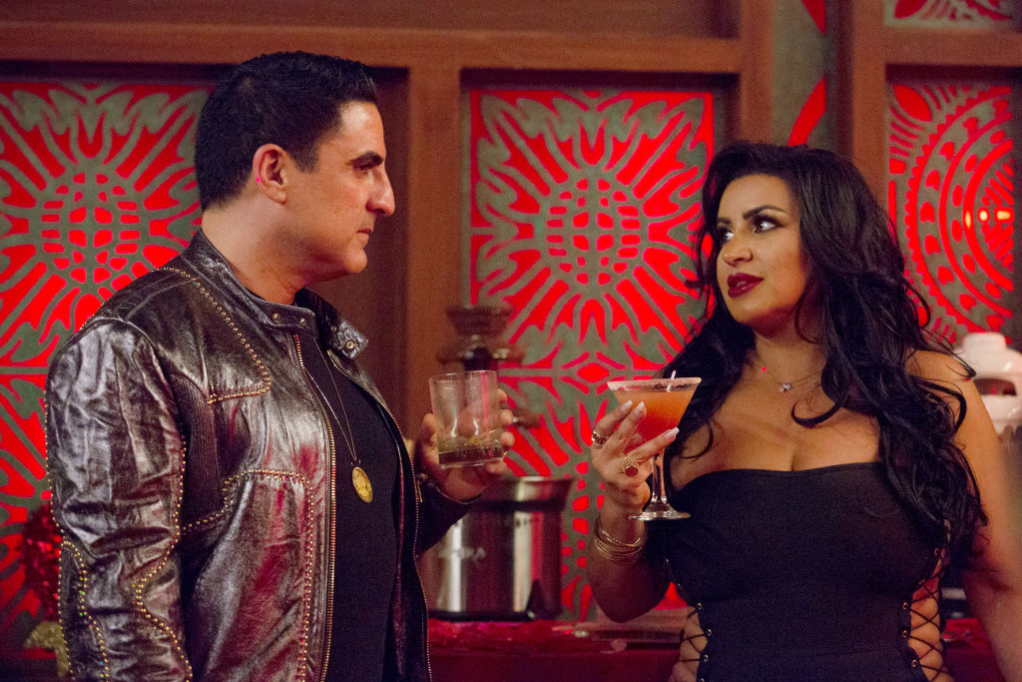 What led to the blowup between Reza and MJ?

The majority of season seven was about MJ’s wedding and the drama leading up to it in the finale. Although she was grieving her father’s death, Javid still had to push forward with wedding planning. GG was left out of the bridal party while Farahan was appointed as man of honor.

In spite of the riffs between multiple castmates, Vida’s dress disapproval, and Javid’s concerns about Tommy’s (Feight) drinking at the wedding, the big day came and went.

By the end of season seven, everyone learned Javid and Feightwere expecting their first child. That seems to be where trouble began between theformer BFFs.

After filming wrapped for season seven and Javid progressed with her pregnancy, she and Reza got into some back-and-forth on social media, and it wasn’t kind. According to E!Online, Javid bashed her friends for not coming to visit her in the hospital after she had a life-threatening emergency while giving birth last April. In a deleted post, she wrote:

“Hope you guys have a great season without me!! I cannot wait to watch!I’m truly impressed by the extraordinary level of SELFISHNESS you have shown meduring something so serious.”

Farahan refuted her claims online, but after that exchange, things got even worse. E! also reported that Reza and his husband Adam filed a restraining order against Javid’s husband for vandalizing their home, and during a phone call, threatening to kill Reza.

Farahan recently sat down with PeopleTV to discuss the current status of his relationship with MJ. He said this season, viewers will witness the demise of the friendship and things are still broken between them. When asked if this is the worst things have ever been for them, he replied:

“Absolutely the worst fight we’ve ever gotten into by far.And Adam and Tommy being involved in the fight escalated it to a nuclear levelwhich is the reason why it hasn’t been squashed and we haven’t been able tocome back together – unfortunately.

He added that the upside is it’s brought him and Adam closer since he’s without MJ’s friendship for now. Farahan also expressed that he’s hopeful they can still turn things around as he still hasn’t met Javid’s baby boy, Shams.

Of the fight with Javid, Farahan stated that “Nothing thing bad has ever happened in my life,” and the stress caused him to put his baby plans on the back burner. According to him, things snowballed out of control, and fans will see how that happens in season eight. Tune in for the premiere of Shahs of Sunset on Feb. 9 at 9 p.m. EST.

Here’s why Prince Harry and Meghan Markle are leaving Instagram

‘Bachelor Summer Games’ Will Not Be Going Forward for This Reason

Celebs Give Back Amid Coronavirus: Kim's SKIMS Donates $1 Million