Sophie Turner and Joe Jonas rang in Father’s Day with some ice cream. The couple was photographed heading out to Los Angeles’s Salt & Straw on Sunday afternoon.

Jonas wore a black cap, a patterned face mask, a white T-shirt, black shorts, and gray sneakers. Meanwhile, Turner continued her athleisure streak, sporting a pair of gray biker shorts, a white T-shirt with “New York” printed in black across the front, a black messenger bag, and black slides. She also wore her white face mask and a pair of black sunglasses. 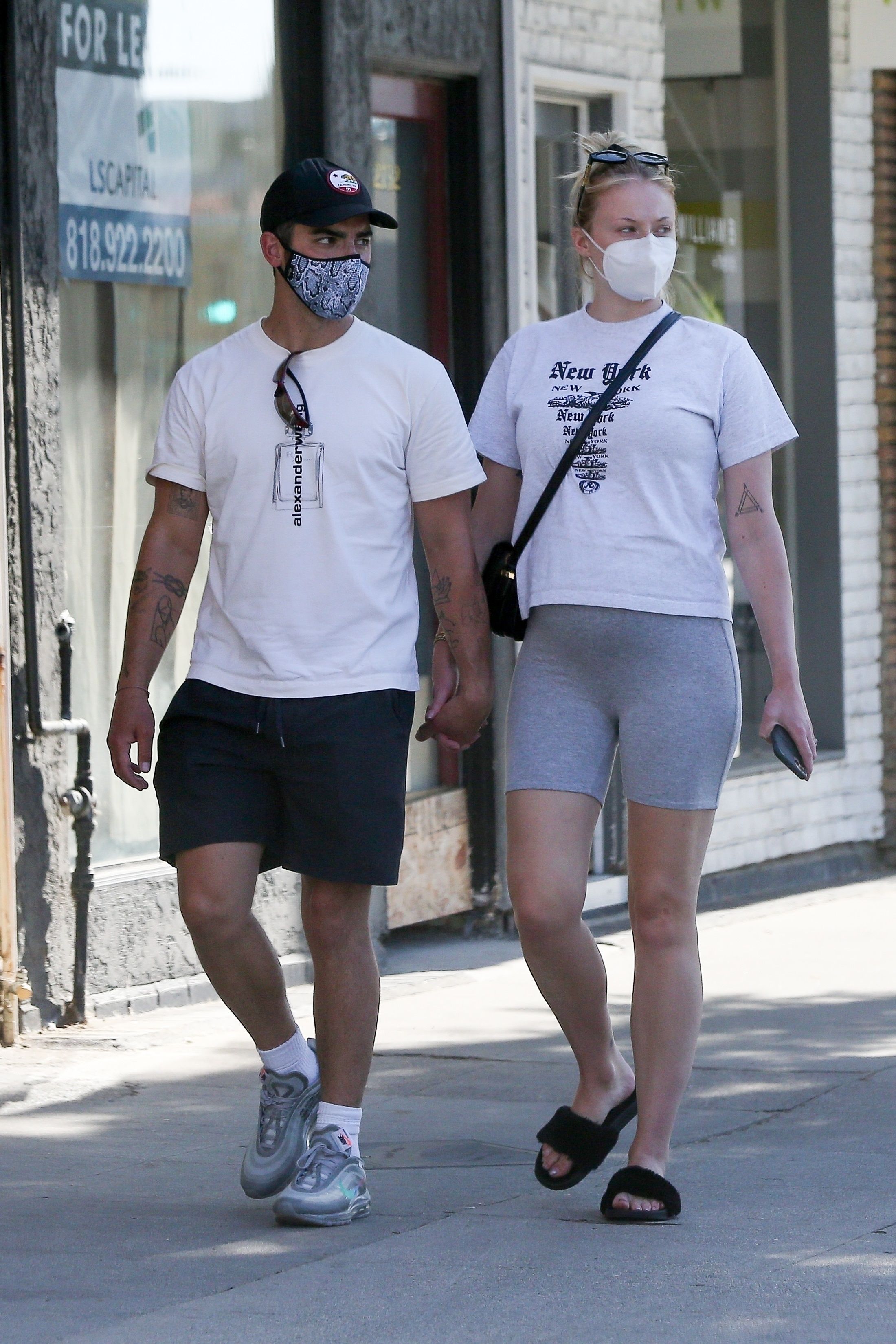 The former Game of Thrones star is reportedly pregnant with the couple’s first child, although neither has yet to confirm the pregnancy rumors, which first circulated this past February. Turner’s expected due date is later this summer.

Us Weekly and Just Jared Jr. confirmed the baby news earlier this year. “The couple is keeping things very hush hush but their friends and family are super excited for them,” a source told Just Jared Jr. “Sophie has decidedly been choosing outfits to wear on and off the carpet to accommodate her changing body.”

At the time, another source told Us Weekly that Turner and Jonas always knew they wanted to start a family. “Having children and starting a family was part of Joe and Sophie’s plan,” the insider said. “They’ve always known they’ve wanted kids.”

Biker, rocks, shor, Sophie, Turner
You may also like: