ICYMI (which lol, who are you??) Sophie Turner and Joe Jonas got married in France last weekend—and btw their wedding included their dog Porky Basquiat as one of the groomsmen, which was super cute. But it was actually the second time that those two crazy love birds tied the knot—you may recall that early in May, Joe and Sophie also decided to do a Las Vegas wedding in order to make things official in the US before jetting off for their more traditional French wedding.

At their Vegas wedding chapel ceremony, Joe and Sophie were married by an Elvis impersonator and exchanged ring pops instead of real wedding rings, which was v adorable, but obviously not how things went down last weekend. While Joe and Sophie haven’t revealed too much about their wedding yet, Sophie showed off her new wedding ring in an Insta story that she posted yesterday from her honeymoon. In it she’s talking about the FIFA Women’s World Cup and congratulating Alex Morgan from the US team on beating England, but I know that you’re probably not here for the sports commentary, so here’s a pic of Sophie’s new wedding band, which looks like it has diamonds all the way around: 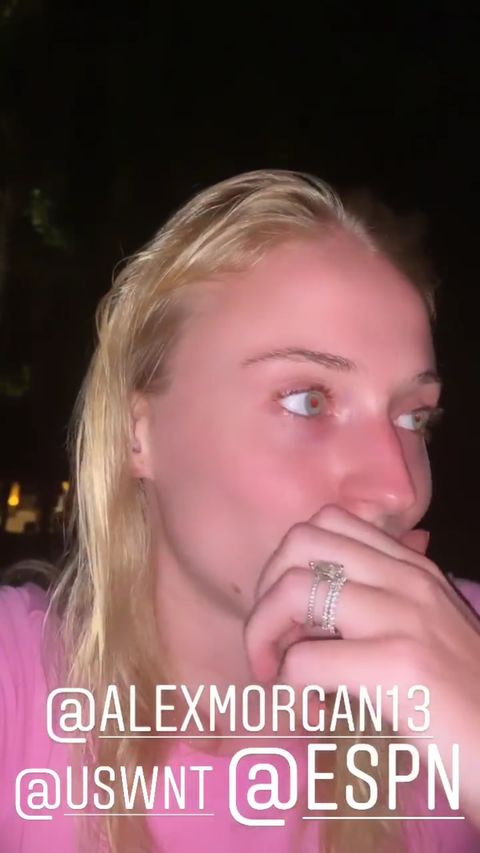 You can also see how the ring looks in this snap: 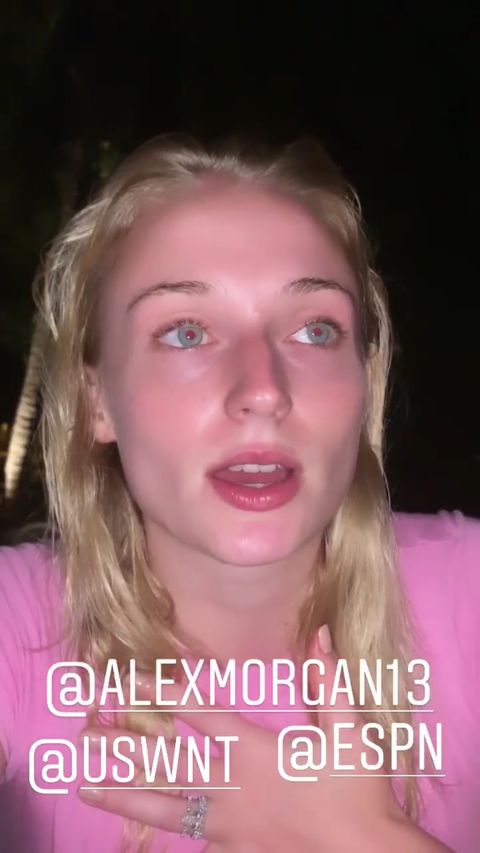 For context, back in 2017 Joe proposed to Sophie with this massive engagement ring, which only looks bigger and shinier when it’s stacked on top of her new wedding ring:

Certainly an update from the candy ring pop!

New, OFF, Showed, Sophie, Turner, W
You may also like: