In the latest episode of BBC show Shop Well For Less, which she co-presents with Alex Jones, 42, she opted to help a family member save money on his sportswear.

The cyclist, named Jon, had spent over £500 on cycling gear such as a helmet, gloves and shorts.

Steph persuaded Jon to try out cheaper alternatives of shorts at a local gym, but the moment came with a revelation by the host.

As Jon cycled in a new pair of shorts, Steph moved closer towards him to check out his antics.

Laughing, she then said: “I’ve never looked this closely at a man’s knees before,” prompting Jon to giggle.

Despite Steph’s efforts at changing Jon’s mind on his preferred cycling shorts, he admitted he wasn’t too keen on the cheaper alternatives.

Elsewhere, Steph is currently five months pregnant with her first child with her girlfriend, a television executive.

The presenter announced the news in view of her 364,000 Twitter followers last month.

Addressing reports, she wrote: “I see my news is out! Yep, I am no longer with pot belly……I am now with child #babyonboard.” 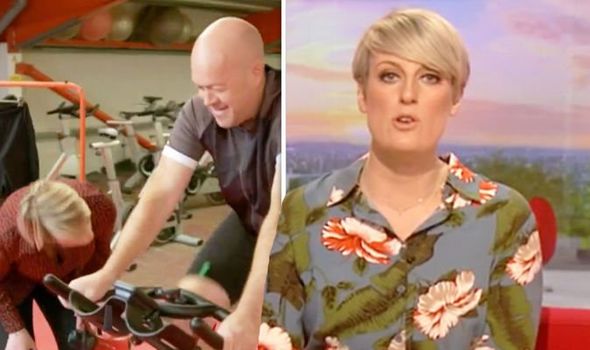 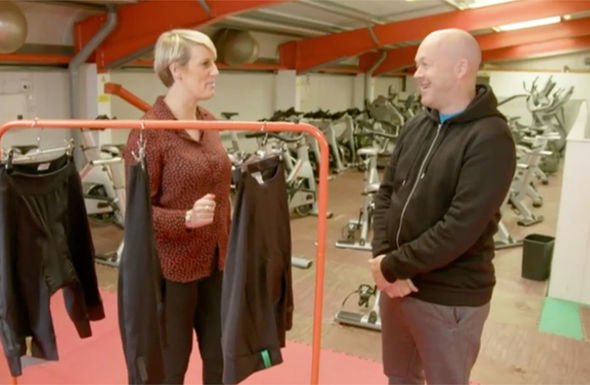 The next day, she discussed her pregnancy news on BBC Breakfast.

When asked how she was feeling by her co-star Jon Kay, 49, she replied: “I’m good thank you, bit of a rough start but I’m alright now thank you.”

Steph then reflected on a time she almost threw up on her co-star Charlie Stayt.

“Charlie nearly got watermelon over him one morning,” she revealed, prompting her co-stars to laugh.

Earlier this week, Steph McGovern apologised to a Twitter user who insisted her father had asked Steph if she is pregnant before she publicly shared the news.

The Twitter user shared a snap of her dad alongside Steph at a wedding. 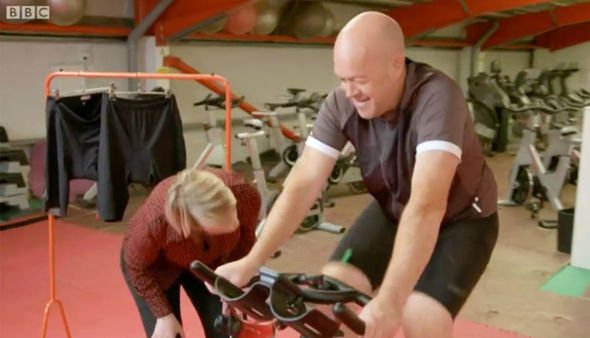 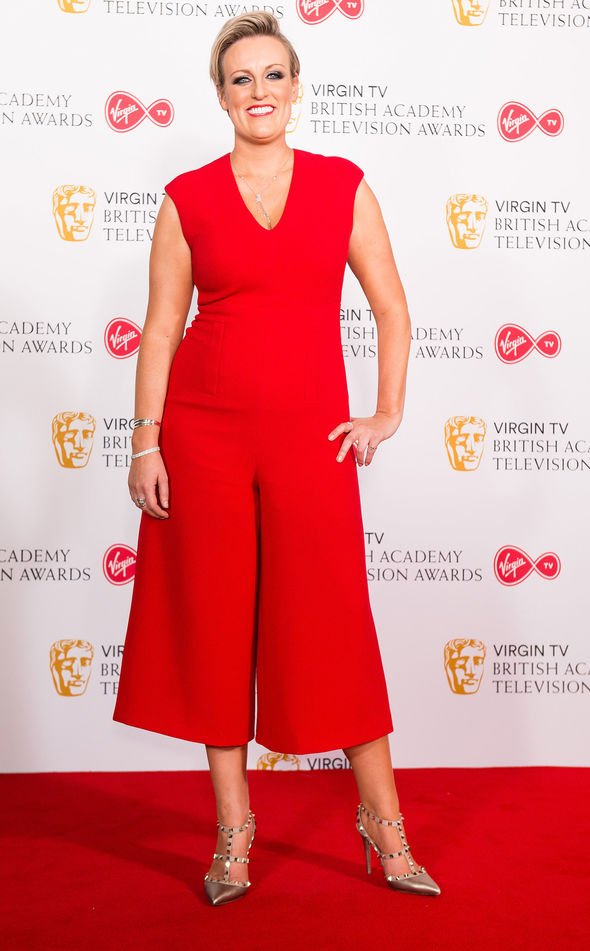 Steph was seen sporting a figure-hugging black top accompanied with a stripy blazer and a hat.

In response to Steph congratulating a friend on her wedding news, the Twitter user shared the picture with the caption: “Dad sends congratulations too!”

“He wasn’t wrong,” followed by multiple blowing a kiss emojis.

Steph replied: “Ah! Bless him. Yes, it was a bit early to be saying anything so I had to deny it. Sorry.”

The Twitter user replied: “Heh you made his day by just being so lovely thank you it meant a lot xxxxxxxxx.”(sic)

BBC Breakfast airs daily from 6am on BBC One.

All the Ladies Ben Affleck Has Romanced, Including 2 Famous Jennifers

Armie Hammer is 'dating a dental hygienist' amid rape accusations