Good Morning Britain host Susanna Reid, 49, looked almost unrecognisable as she presented the news for BBC 20 years ago. The presenter looked strikingly different as she sported a short ear-length haircut in a lilac jewel neckline jacket on Twitter.

Her style has changed dramatically since the early 2000s, now wearing her gorgeous locks down over her shoulders and looking effortlessly chic with her stylish wardrobe.

In view of her 640,000 Twitter followers, Susanna captioned the post: “If I am not mistaken, this was my very first national news bulletin for BBC TV 20 years ago.”

Fans flocked to comment on the post, with many suggesting the broadcaster looks a lot younger now than she did a decade ago. 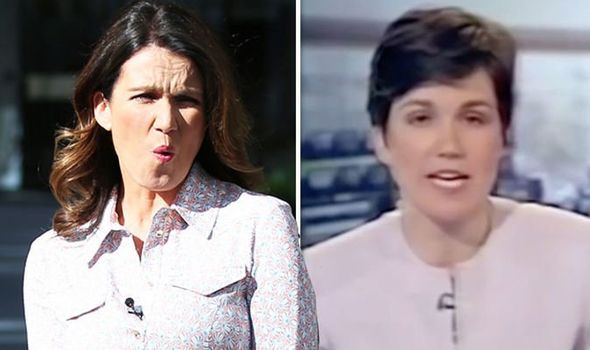 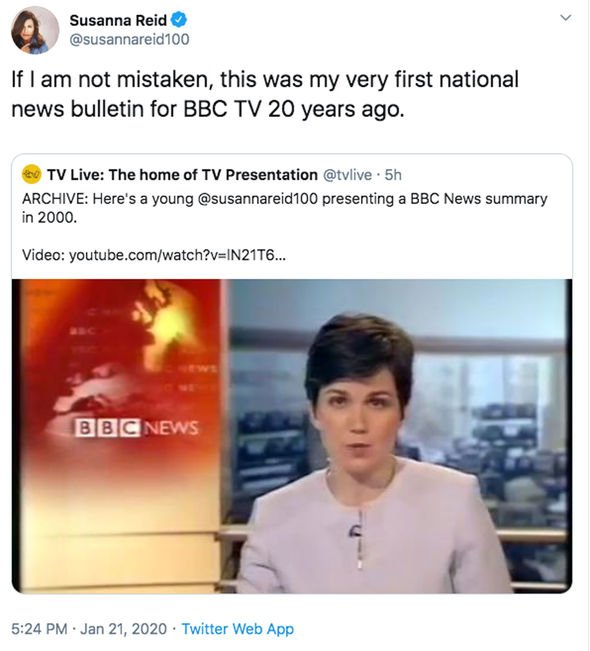 A fan commented: “You looked older back then than now!.. well played!”

Another person commented: “Hate to be shallow and superficial but damn Susan your hair now vast improvement!”

While a third person joked: “You look older than you do today! You could pass for 50 there haha.”(sic)

Another social media user added: “How do you look younger now, tell me your secrets.” 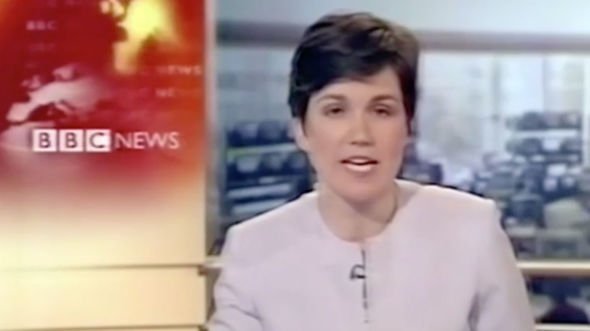 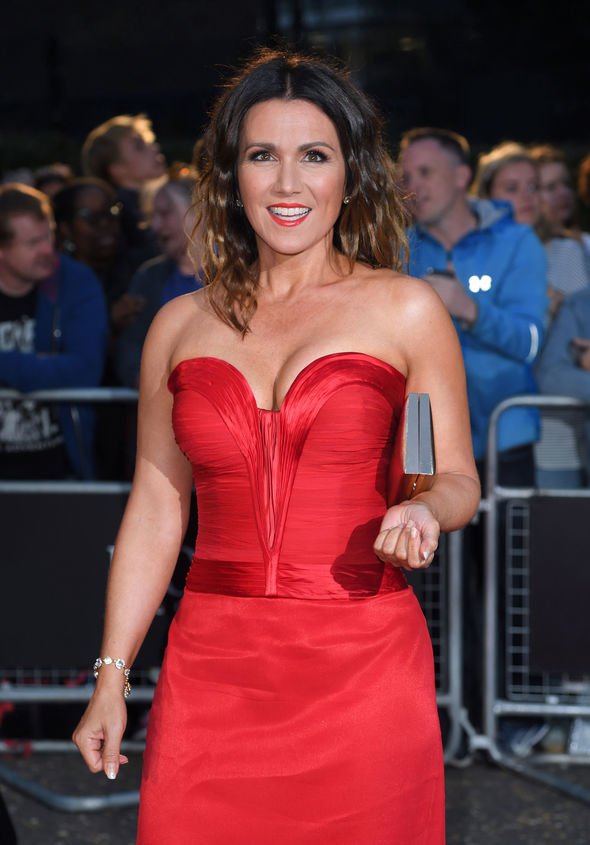 However, it wasn’t all bad news for Susanna as other fans came to her defence and admitted she always looked great.

A fan tweeted: “Susanna you was gorgeous then and now you are even more gorgeous and I don’t care what some people say.”

While another person added: “You haven’t aged at all!”

The video, which was shot in 2000, amazed followers who complimented the presenter on looking younger now than at the start of the millennium.

Last year, Susanna opened up about quitting alcohol in a bid to take on a healthier lifestyle as she approaches 50.

Speaking to the MailOnline, the GMB favourite admitted she couldn’t quite deal with the hangovers.

“I never drank when I was working, but, on nights off, I’d have a couple of glasses of wine,” Susanna explained.

“And Piers and I would have these big nights out at the Groucho Club in Soho, which were wonderful.”

She continued: “But I haven’t done one of those since I stopped drinking. Basically, I’m a lot less fun now — as Piers tells me all the time.”

But Susanna recently spoke about getting photographed when leaving the GQ Men of the Year Awards.

“When you come out of these things, you have 20 photographers flashing cameras and, at some point, you have to close your eyes because you don’t want the flash in your face.

“The impression they gave was that I’d had a drink, when I hadn’t had a drop. I don’t want people thinking I’m unprofessional.”

She added: “So perhaps it’s best to stop altogether. That way, when a picture such as that comes out, I can say: ‘I don’t drink at all, ever.’”

Good Morning Britain airs weekdays on ITV from 6am.

Katie Price calls daughter Princess a ‘cow’ after she does impression of her: ‘Kids taking the mickey out of me’

Frankie Bridge panics about trekking through the Namibian desert

Celebrities react to the death of lifestyle guru B. Smith