BAZ BAMIGBOYE: The Mousetrap snaps back! Longest-running show in the world will be the first play to reopen in the West End after lockdown

The Mousetrap — the show that roared — will be the first play to reopen in the West End. Which seems only fitting, given that Agatha Christie’s murder mystery, now in its 68th year, is the world’s longest running theatrical production.

‘We will open on October 23,’ producer Adam Spiegel told me in an exclusive interview, calling the restart ‘a symbol of the West End resuming, albeit in a compromised way’ — including no touching on stage.

The Mousetrap is as much a London landmark as Buckingham Palace and the Tower of London. ‘And, perhaps, Les Miz,’ Spiegel added, drily. 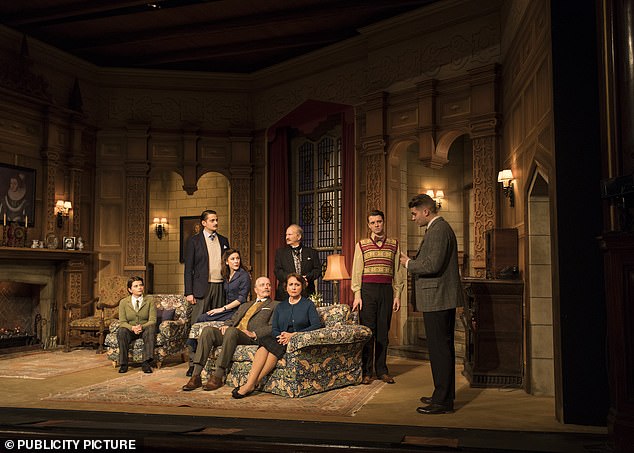 The Mousetrap will be the first play to reopen in the West End, on October 23, following the coronavirus lockdown 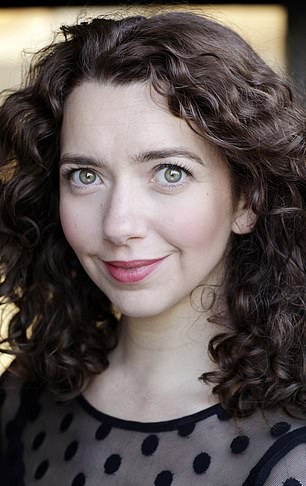 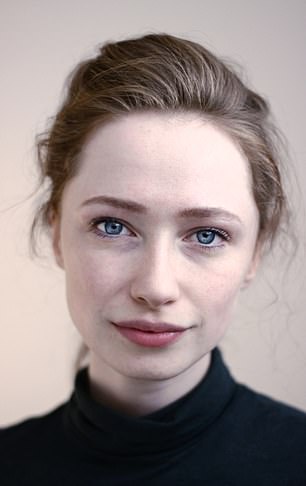 The new cast, include Eleanor McLoughlin (right), starring as Mollie Ralston, and Lizzie Muncey, who will play Miss Casewell. Rehearsals are due to begin in September 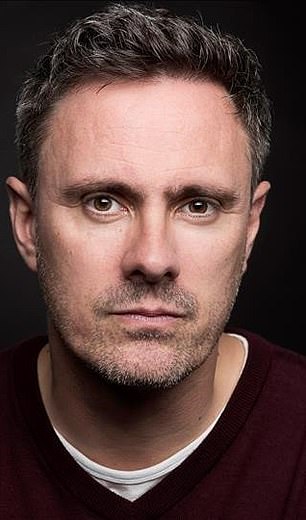 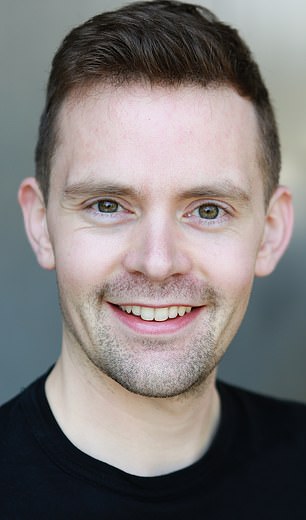 The production employs a cast of eight, plus five understudies. Neil Ditt (left) will be playing Giles Ralston and Paul Hilliar is playing Sergeant Trotter 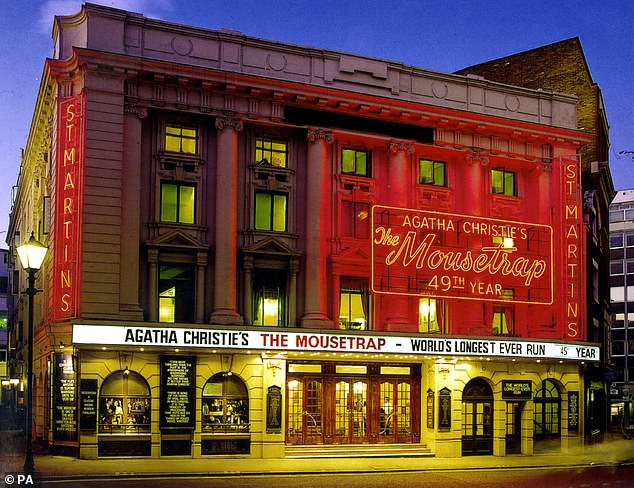 Producer Adam Spiegel said St Martin’s Lane Theatre (above) is being ‘Covid-proofed’ backstage, onstage and in the auditorium

The show officially opened on November 25, 1952 — nine months after the Queen ascended the throne. It closed its doors at the St Martin’s Lane Theatre on March 16.

Christie’s thriller, about a killer stalking snowbound guests at a manor house, has been seen by more than ten million people so far.

Even Her Maj knows whodunnit, having attended a 50th anniversary performance.

Spiegel said it would return under Phase Four of culture secretary Oliver Dowden’s ‘roadmap’ for reopening arts venues, which determines that an indoor performance can take place with a limited audience, using the one metre-plus social distancing rule being introduced tomorrow. 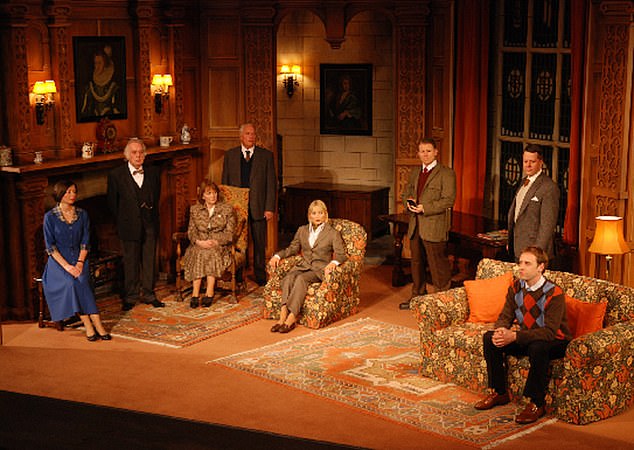 Agatha Christie’s thriller, about a killer stalking snowbound guests at a manor house, has been seen by more than ten million people so far 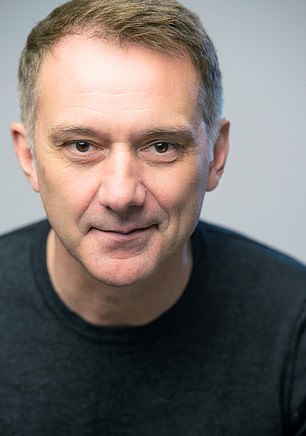 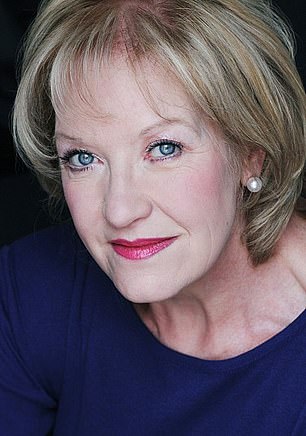 Adam Spiegel said as the performance was originally staged in 1952, social distancing is easy as ‘that’s the way it was originally directed’. Pictured, Brenda Longman (right), who plays Mrs Boyle, and Tony Timberlake, who is Mr Paravicini 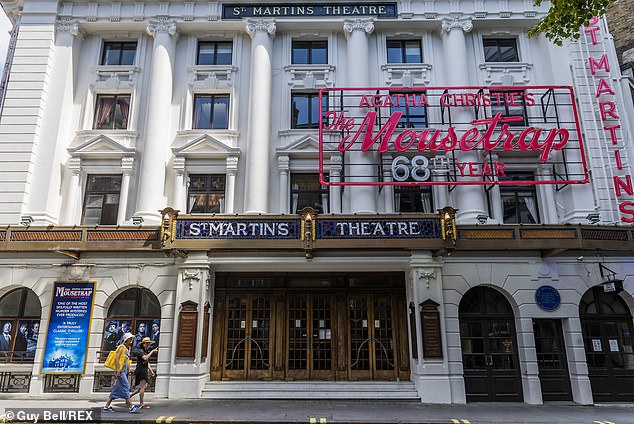 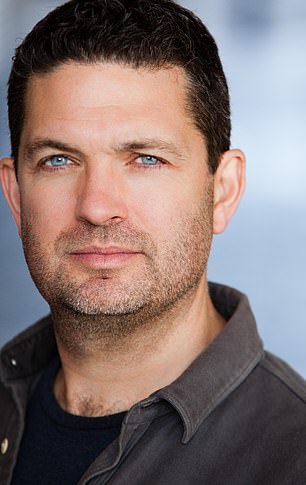 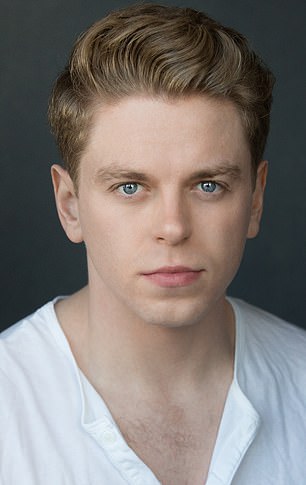 Dowden’s plans were released without a timeline, but Spiegel is confident that phase four will be introduced before October, still 15 weeks away.

‘The Mousetrap can do social distancing on stage, too, because that’s the way it was originally directed,’ he said. One of the benefits of it having been originally staged in 1952, he explained, is that ‘people are quite restrained’.

‘There are three or four moments of touching, which we can easily change, but it’s not full of people kissing, singing or dancing; and the murder takes place in the dark.’ 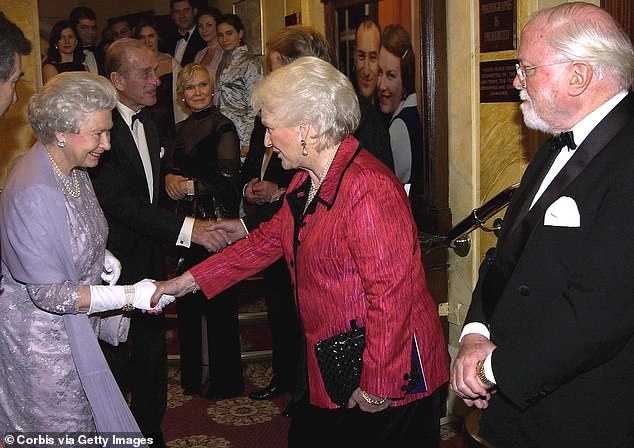 Queen Elizabeth II attended the 50th anniversary of the world’s longest-running play The Mousetrap, which first opened on November 25, 1952. It was  the first stage production to achieve a golden jubilee

Spiegel said the building itself is being ‘Covid-proofed’ backstage, onstage and in the auditorium.

Every other row in the 550-seat venue will be removed to provide easy access to exits and toilets; and seating will be arranged to accommodate couples, families and those attending solo.

The production employs a cast of eight, plus five understudies. Another 40 people work in the building. 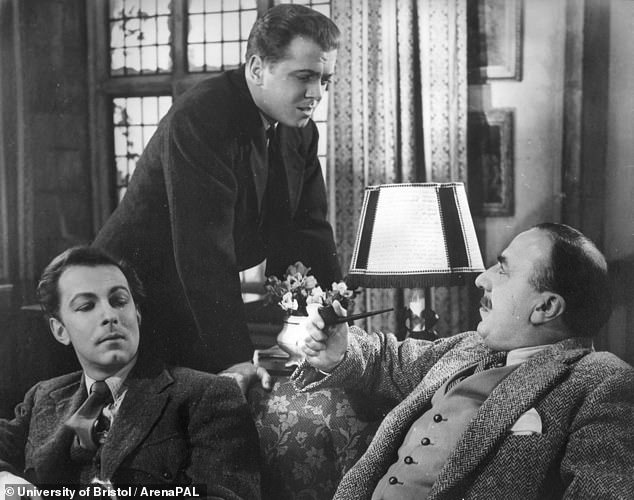 The Mousetrap, which is the world’s longest running production, is considered as much of a London landmark as Buckingham Palace and the Tower of London 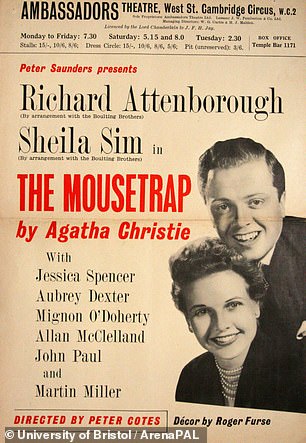 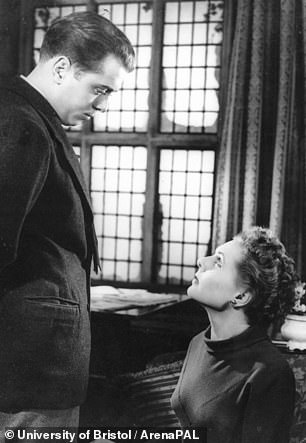 In the new cast, Paul Hilliar will play Sergeant Trotter and Eleanor McLoughlin will take the role of Mollie Ralston, which were iconically played by Richard Attenborough and his wife Sheila Sim (pictured left and right) in the original production

Lockdown started just as a new cast was due to go into rehearsal. Those actors – who include Paul Hilliar as Sergeant Trotter and Eleanor McLoughlin as Mollie Ralston (played by Richard Attenborough and his wife Sheila Sim in the original production) and Lizzie Muncey as Miss Casewell – will start rehearsing in September.

‘If there were members of the cast who did not want to come back, then we have to be respectful of that,’ the producer said.

But with a socially-distanced audience of 200, he believes it’s worth doing ‘even if we lose a little bit of money’, especially given that the theatre’s rent has been reduced, and the Agatha Christie estate has agreed a cut in royalties.

There will even be a system to order ice cream and drinks; although Spiegel warned it’s not going to be a case of ‘let’s have a bottle of champagne during the interval, darling!’

Be, first, Mousetrap, pl, the, will
You may also like:

Clare Crawley clears up the rumors about her mysterious ring