The Weeknd’s “Blinding Lights” Lyrics Might Be About Bella Hadid

Following speculation of the meaning behind The Weeknd’s recent song "Heartless," the singer dropped a new tune to get listeners analyzing his lyrics even more, "Blinding Lights." While "Heartless" seemed to reference his breakups and his habit to play the field, The Weeknd’s "Blinding Lights" lyrics might be about his on and off relationship with Bella Hadid.

The new tune was dropped on Thanksgiving, Thursday, Nov. 28. Titled "Blinding Lights," the lyrics are reminiscent of The Weeknd’s relationship with Bella Hadid. Fans who gave the track a listen picked up on the lonely feeling of the song, despite the general pop vibes and ’80s-like synthesizer, however the real feelings lie in the lyrics. Pointing to a relationship that has clearly made a deep impression upon the singer, the lyricism is honest and raw. And, TBH, looking at Hadid and The Weeknd’s history — which spans all the way back to 2015 — it makes sense that these lyrics could be about her.

The Weeknd and Hadid began dating back in April 2015, only to break up in November 2016. From January to October of 2017, the singer dated Selena Gomez, which has spawned its own song lyric speculation, as the track "Heartless," has been rumored to refer to The Weeknd’s relationships, breakups, and aftermath with both Gomez and Hadid. While Hadid reportedly began hanging out with The Weeknd again back in November 2017 — officially becoming a couple again in summer 2018 — unfortunately, E! News reported the couple’s second break up in August 2019. However, a source close to the couple told the publication that the pair "hope to get back together at one point but for now are focusing on themselves and their projects." In light of this information, it makes it even more possible that the lyrics in The Weeknd’s track, "Blinding Lights," are referring to Hadid. 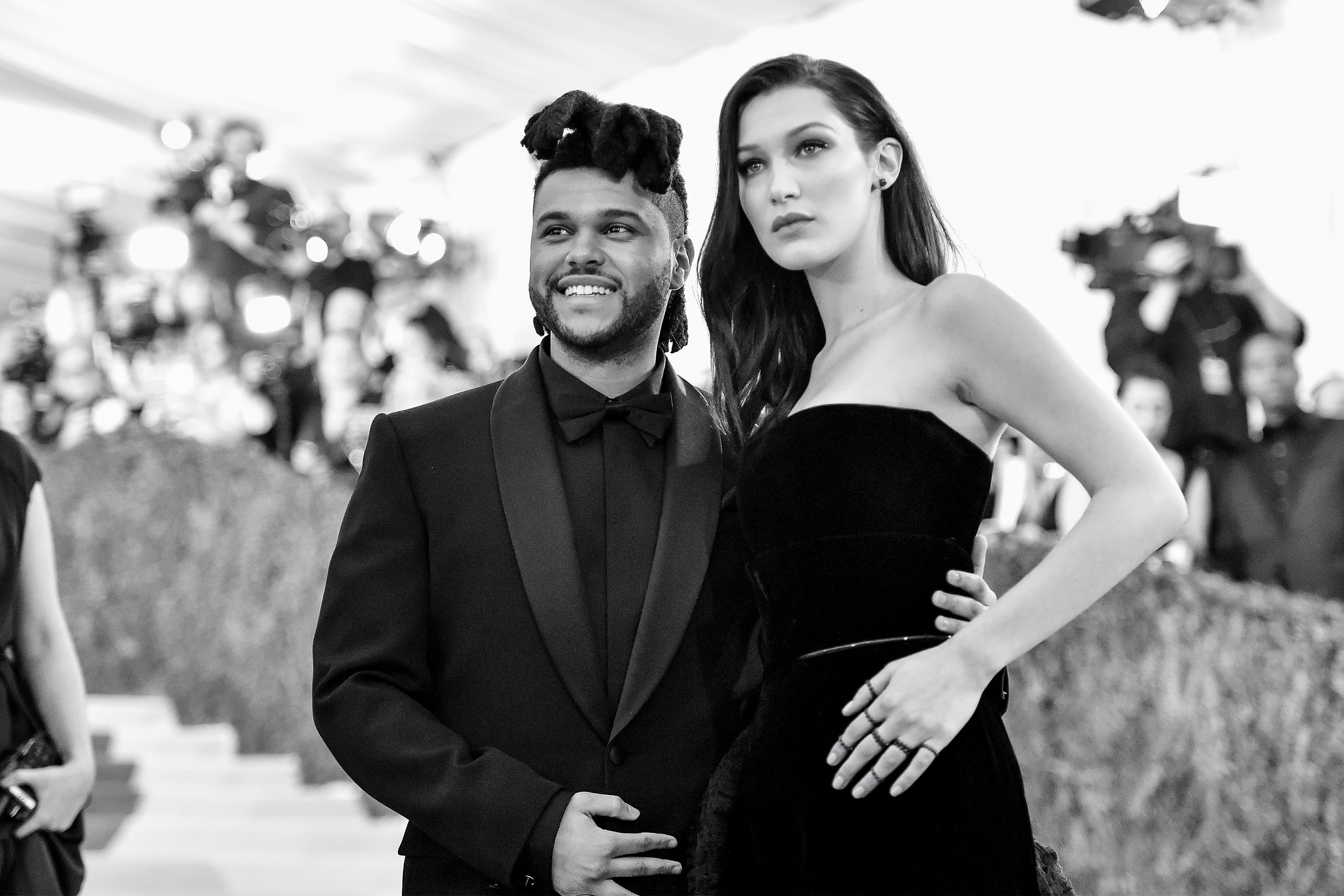 The track begins with a solemn admission:

Referencing, perhaps, the slow rekindling of the pair’s romance, as the journey from November 2017, when the two were seen hanging out again, to their official status in July 2018 was a bit long and certainly confusing. The first verse continues, "Maybe you can show me how to love, maybe," and it definitely feels like The Weeknd is trying to call out to the person who means the most to him in the first few moments of the song, as though he’s helpless without them.

The pre-chorus of the song delves a little deeper and might be hinting at just how important Hadid has been in his life. Considering the two were both launched into fame together, during the infancy of the relationship, it would make sense that the constant on-and-off relationship has greatly affected both of them.

The chorus is relatable for anyone that has gone through a significant relationship and break up, but especially for long term relationships like he and Hadid’s:

The final portion of the lyrics that really speak to the couple’s relationship can be found in the bridge:

It sounds as though The Weeknd’s feelings run deep if this is about Hadid. The affirmation to "never let [her] go" could definitely be a sign that the couple may not have moved on from the relationship. But only time will tell if there’s any hope of The Weeknd and Hadid getting back together in the future.

Brandon Larracuente Stars In ‘What We Found’ Trailer – Watch Now!