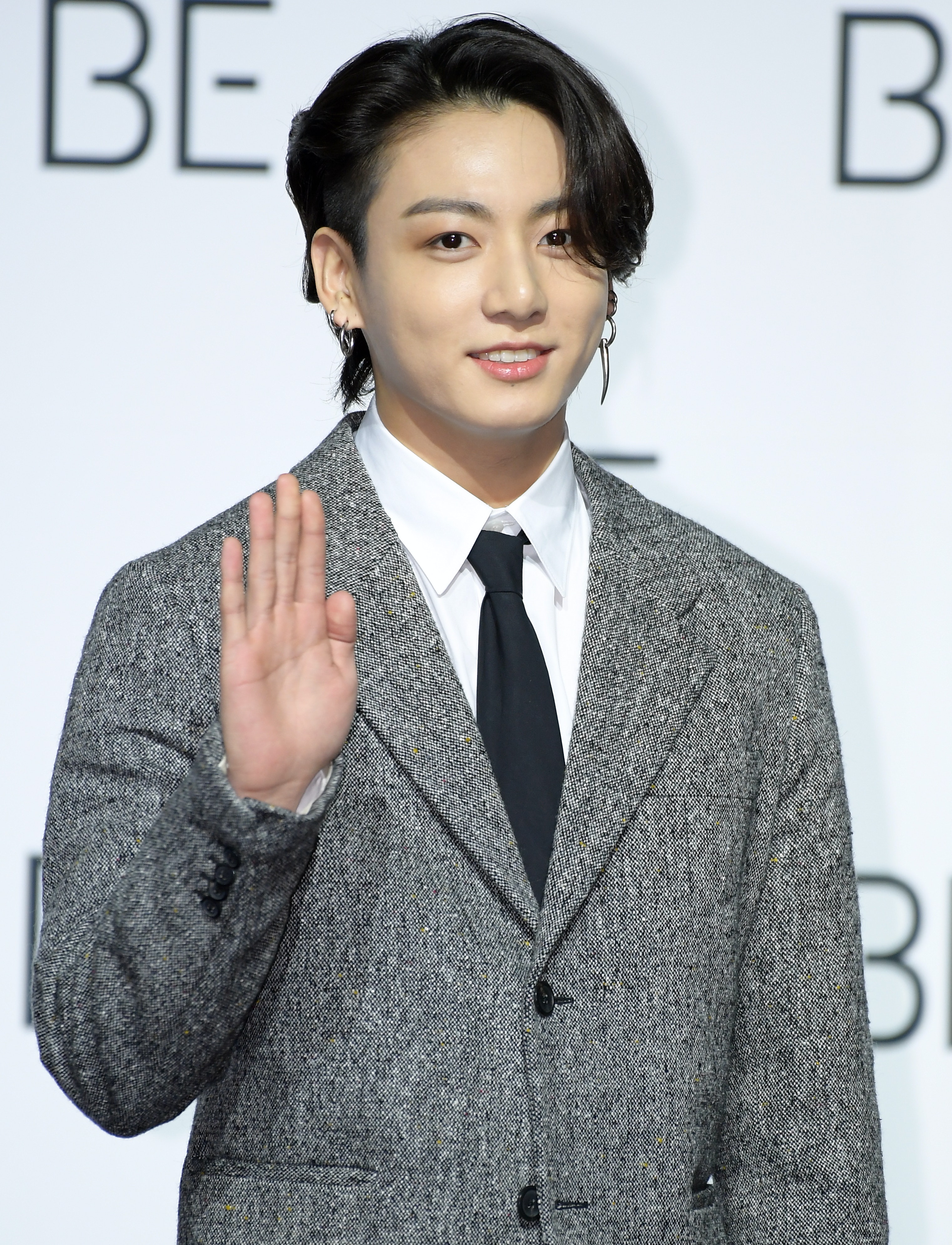 ARMYs woke up to a wonderful surprise on Friday, April 23: Jungkook debuted a new purple hairstyle. Fans discovered he changed his look when Louis Vuitton’s artistic director Virgil Abloh posted an Instagram Story featuring BTS with different hairstyles than ARMYs last saw them with. These tweets about BTS’ Jungkook’s new purple hair all say one thing about it.

Abloh’s IG Story comes just a day after Louis Vuitton announced RM, Jin, Suga, J-Hope, Jimin, V, and Jungkook as their latest ambassadors. The French fashion house shared the exciting news on Twitter, where they also posted a photo of the guys wearing matching Louis Vuitton pastel shirts and jackets. According to Rolling Stone, the partnership means BTS will work with the fashion brand on various projects. Fans should also expect them to rock more Louis Vuitton outfits in their upcoming performances and appearances. "Becoming global brand ambassadors for Louis Vuitton is a truly exciting moment for us," BTS said in a statement.

To celebrate their collaboration, the septet made an appearance on Abloh’s IG Story. ARMYs noticed most of the members looked like they changed their hairstyles. Jungkook chose a new purple look, while J-Hope went from brunette to blonde. Meanwhile, Suga, Jin, and V’s hair seem longer than ever. As for RM and Jimin’s current hairstyle, that still remains a mystery, considering they covered theirs with hats.

Fans love the new looks, and they even got Jungkook’s name trending on Twitter because his latest style reminds them of his purple hair in BTS’ 2015 "Dope" music video.

The change made ARMYs believe Jungkook will have purple hair during BTS’ next comeback. Rumor has it the group will release new music by the end of May. Since the 2021 Billboard Music Awards are on Sunday, May 23, fans think BTS will drop a new song days before then. Big Hit responded to the rumors of a May comeback, but they didn’t confirm nor deny anything, which made ARMYs convinced the rumors are true.