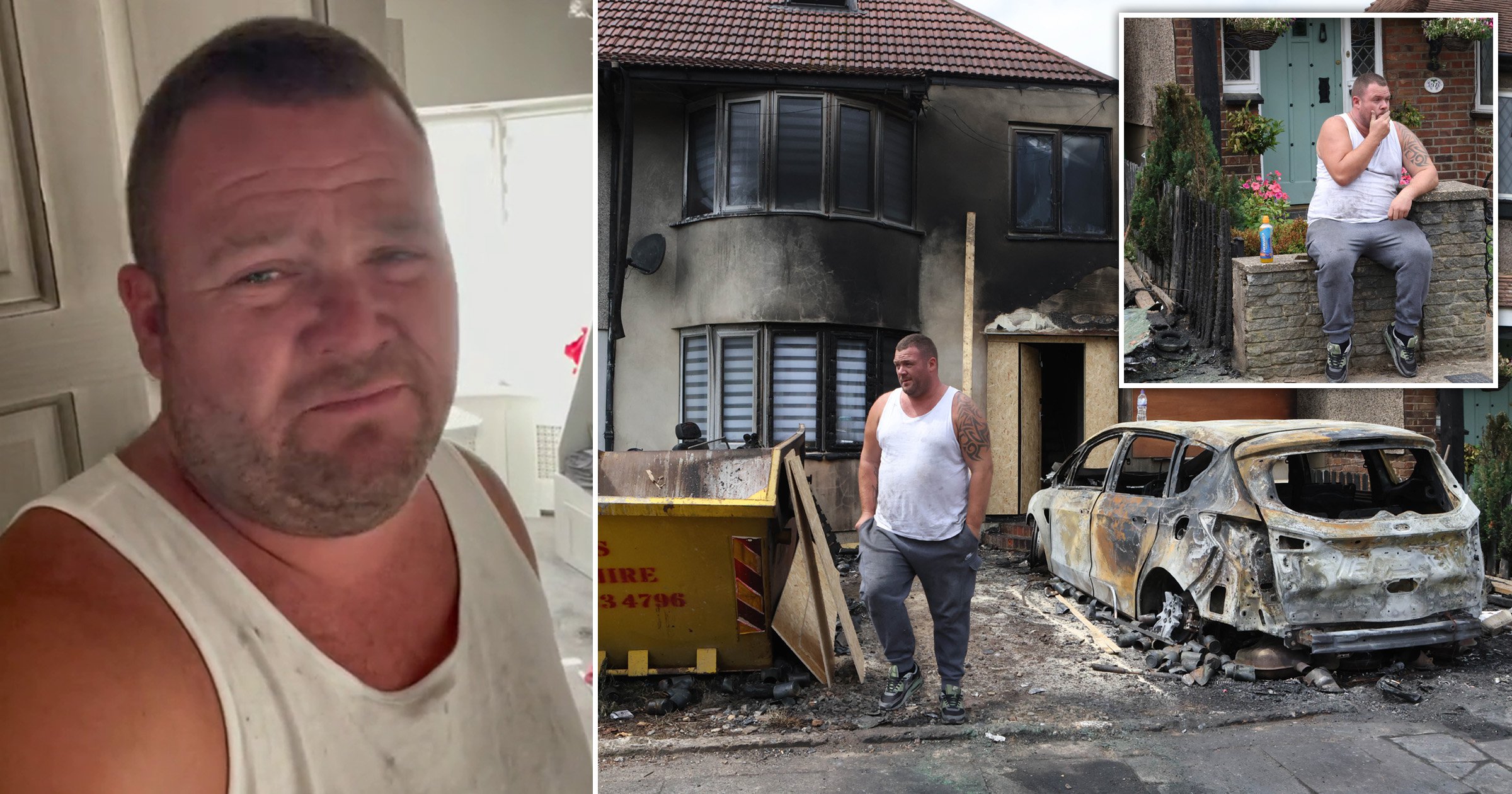 TikTok stars The Smithy Family have spoken out after their home was left scorched in a horrific suspected arson attack.

The family, who have a following of more than 2.6million on the platform, are safe following the ordeal – but their home has been destroyed.

More than 20 firefighters attended the scene, with dad Nick Smith later sharing footage of the damage and describing the act as ‘unforgivable.’

Nick and his partner Jess share their daughters Isabella and Amelia, and their newborn son Teddy. Jess’s half-brother Jack also often appears in their videos.

The dad-of-three said after the fire: ‘We all got out the house okay. The kids are fine. Teddy’s fine. Jack and Amy are fine. Me and Jess are fine and the dogs are okay. The house ain’t okay.

‘The kids are at a safe place, Jess is at a safe place. But the two people who have done this could have killed our family and not only our family, but our neighbours, my friends. It’s unforgivable.’

Nick also shared a video of London Fire Brigade vans parked outside the property, with the section of the road taped off. Black scorch marks can be seen covering the exterior of the house, and the car has been completely burnt out.

He went on to share a video from his daughters’ bedroom, where he wiped ash off of the walls.

‘My girls were in this room, but that don’t matter to you, does it? One of you filmed while the other one done it. I don’t think you realise the consequences of what you’ve done,’ he said,

‘It’s my little girls’ room, man. They got it how they want it. I’ve worked so hard all my life to do the right thing.’

The London Fire Brigade said (via ITV News): ‘We were called to reports of a car alight that had spread up the outside of the house. There were a number of mobility scooters parked outside which had caught alight and were producing a large amount of smoke and flames.

‘Everyone was out of the building before we arrived, and crews worked incredibly hard to prevent further damage to the inside of the property and to neighbouring properties.’

The Metropolitan Police are also appealing for information, telling Metro.co.uk in a statement: ‘Police were called by the London Fire Brigade at approximately 23:06hrs on Wednesday, 15 July to a fire.

‘Officers and the London Fire Brigade (LFB) attended and the fire was extinguished at approximately 00:30hrs. The cause of the fire is under investigation.

‘There have been no injuries. No arrests have been made and enquiries continue.

‘Anyone with information relating to this incident should call police on 101 or Tweet @MetCC quoting CAD 8350/15July. To remain anonymous call Crimestoppers on 0800 555 111 or visit Crimestoppers_uk.org.’

Nick and his family rose to fame with their prank videos on TikTok.

Following the fire, many of their followers have sent messages of support.

London, london fire brigade, t
You may also like: