After Tom Hanks, 63, and his wife, Rita Wilson, 63, confirmed that they both tested positive for coronavirus, Rita has since reached out on social media and asked for song suggestions to add to her Rita Wilson’s Quarantunes playlist while her and Tom are in quarantine. Tom confirmed they were both positive for Covid-19 on his Instagram page this week.

This is what one does in quarantine. You think of stuff like this.

While the pair are recovering from the deadly virus in Australia, the American actress wrote to her 448,000 followers on Twitter: “Hi guys! I want to make a @Spotify playlist for people self quarantining.

“Something that might relate to isolation, perhaps?”, the singer continued.

Rita then asked her fans to send her some song ideas and give her name suggestions for the playlist.

She added: “Can you send some song ideas that I can add? Also, what should we call it? Quarantine Choruses?” 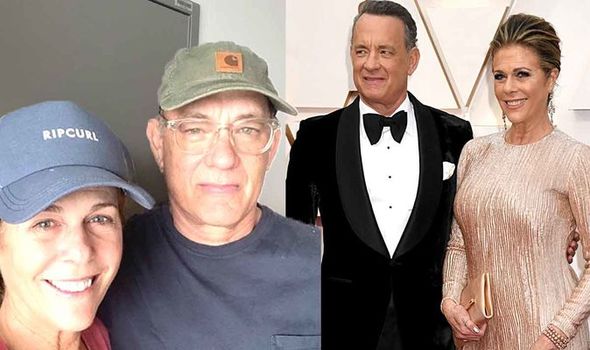 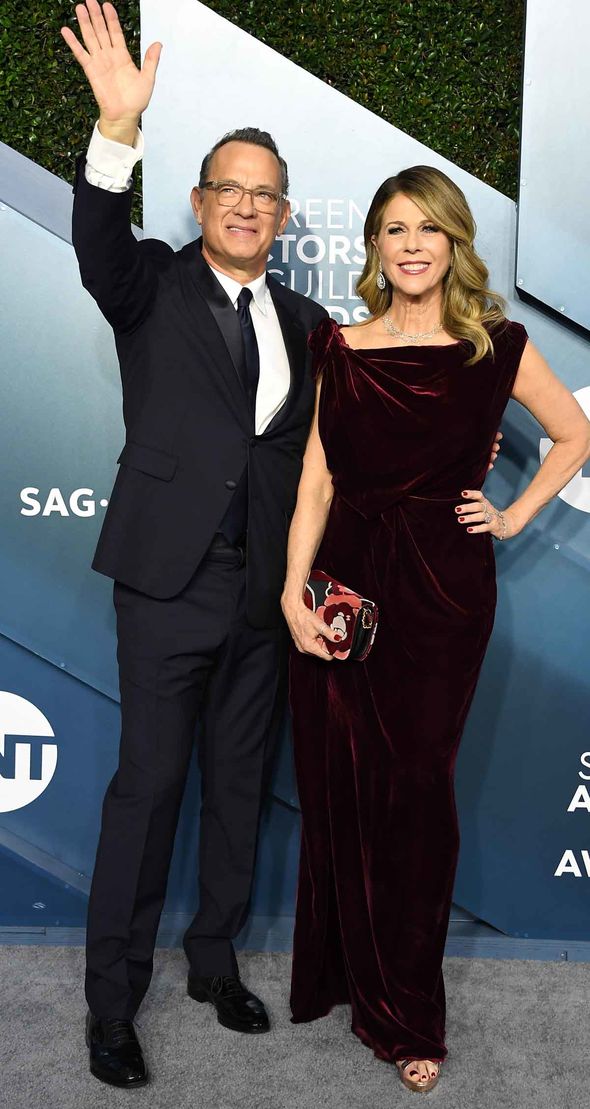 The film star then reflected on how she was feeling while in quarantine, as she wrote: “This is what one does in quarantine. U think of stuff like this.”

As soon as the actress reached out to her followers, she received many song suggestions that people wanted to see on the playlist.

One fan suggested to Rita that she should add Bruno Mars’ The Lazy Song, while another commented: “Isolation by John Lennon”. 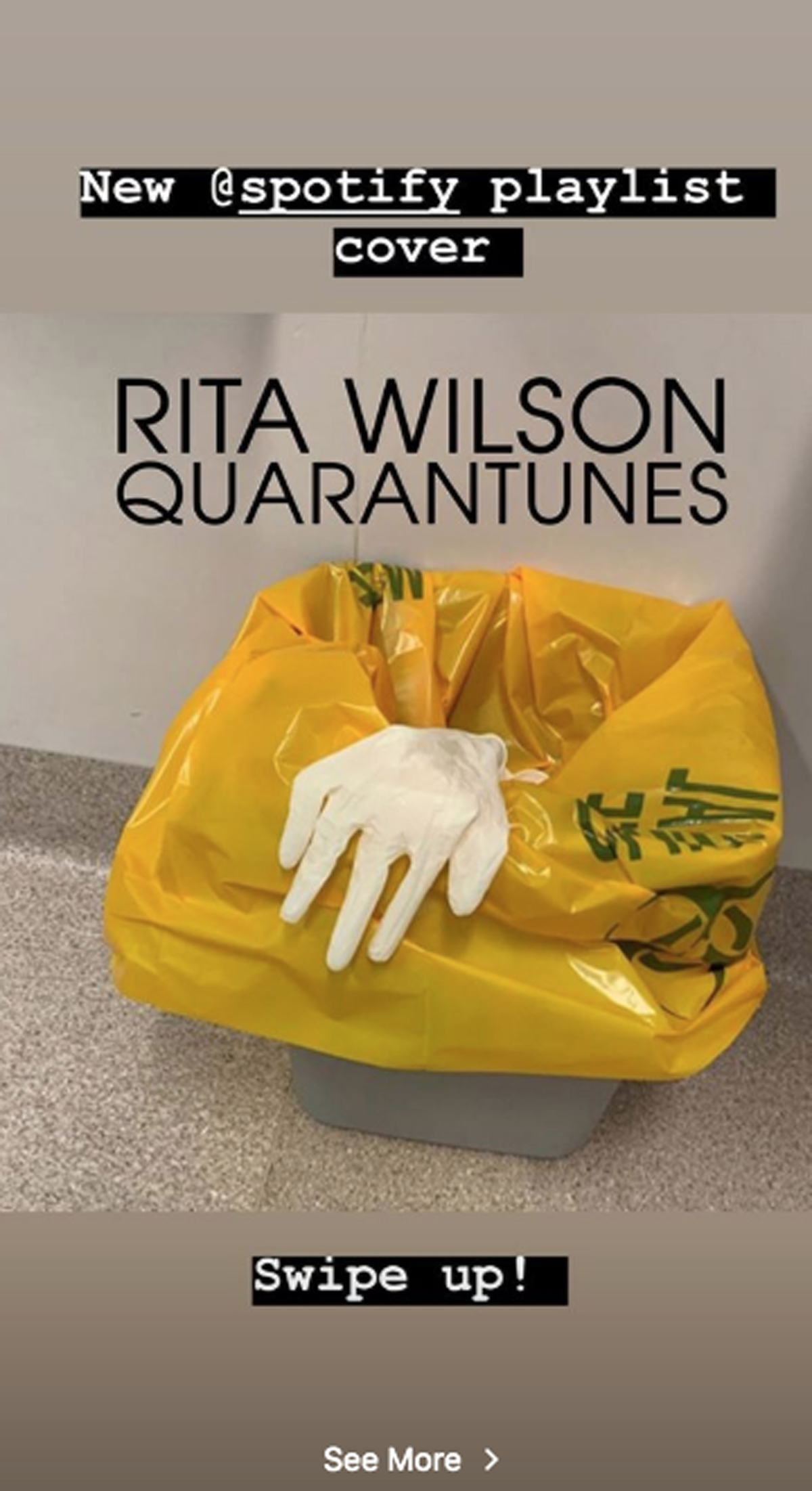 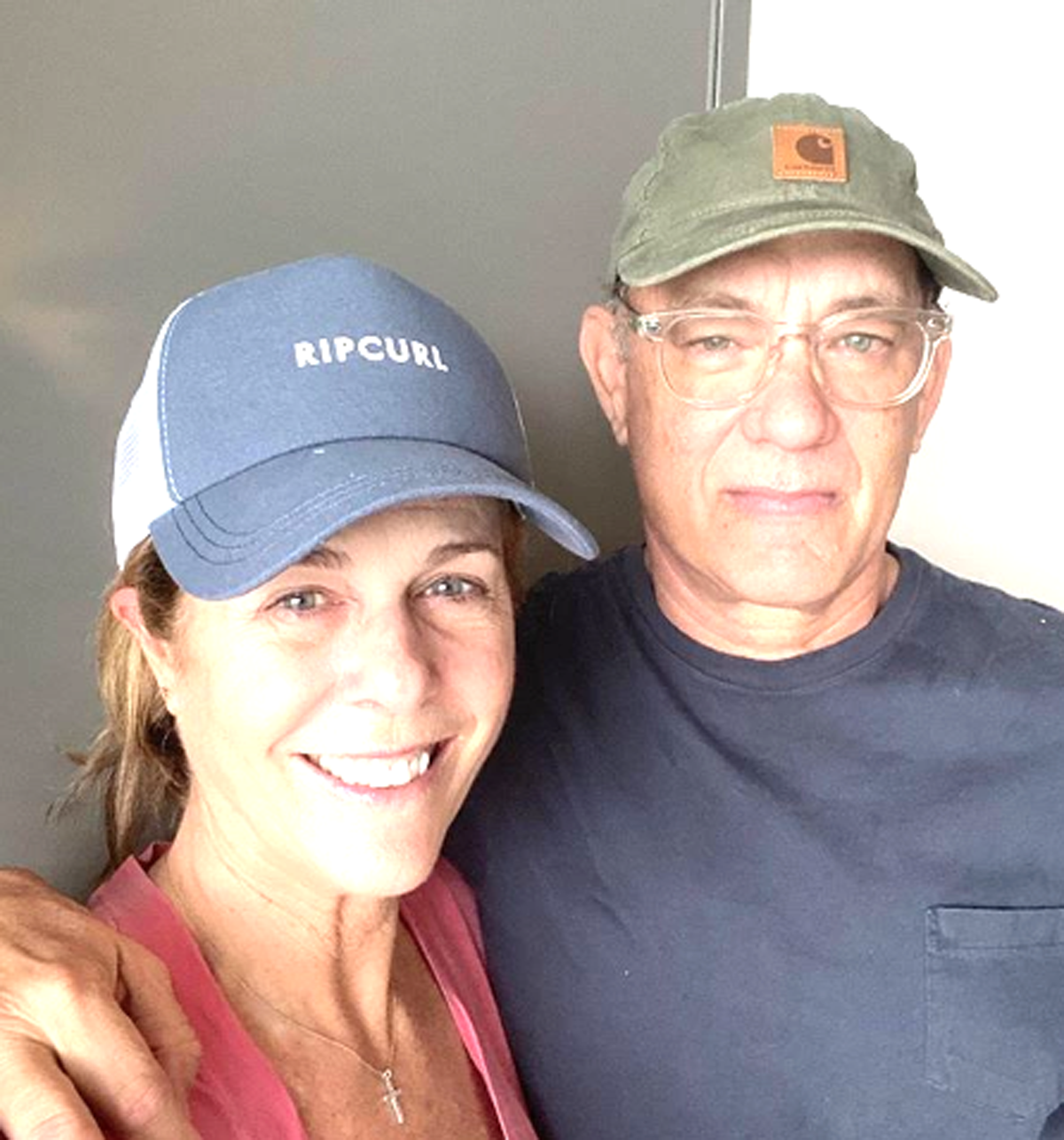 Rita Wilson’s Quarantunes featured some of her own hits including Girls Night In and Don’t Let Me Be Lonely Tonight, along with Queen’s I Want to Break Free, Kelly Clarkson’s Stronger, and Gloria Gaynor’s I Will Survive.

Once the playlist was live and ready for the nation to listen along to, Rita posted on her Instagram story and said: “Here is the fan sourced playlist, title and songs selected by you all!”

The actress then wrote: “New @spotify playlist cover”, alongside the same picture of the hospital bin that Tom had posted alongside his announcement earlier in the week.

Excited to promote her collection of songs, the singer then shared the band, America’s Instagram story after they promoted Rita’s Quarantunes to their own story.

Rita responded to the band: “@americaband thank you for your music!”, as their song, Lonely People, was one of the tracks Rita had selected.

The singer then saw that some of her fans were listening to her chosen songs, which led her to share their comments onto her story.

They posted on Instagram: “@ritawilson’s Quarantines playlist on @spotify is so good!

“I love it all, but Captain & Tennille is the icing on the cake!”, they continued to tell Rita.

Earlier on, Tom and Rita both updated their followers on how they were feeling after their diagnosis earlier this week,  and thanked those who are taking care of them while away from home, on Instagram.

Tom posted a selfie of the two of them while down under and said: “Hello folks. @ritawilson and I want to thank everyone here Down Under who are taking such good care of us.

“We have Covid-19 and are in isolation so we do not spread it to anyone else. There are those for whom it could lead to a very serious illness. We are taking it one-day-at-a-time,” the Hollywood actor continued.

The director then went on to say: “There are things we can all do to get through this by following the advice of experts and taking care of ourselves and each other, no?

“Remember, despite all the current events, there is no crying in baseball. Hanx,” Tom concluded to his followers.