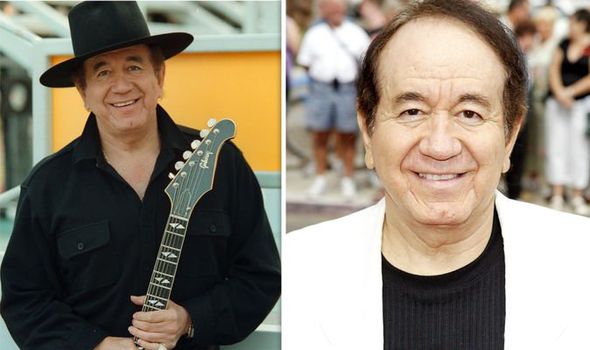 Trini Lopez was an actor and singer who starred in The Dirty Dozen, and he has died aged 83.

The star was also a singer who is known for his hit If I Had a Hammer.

The publication did not give a cause of death, but a source told Deadline it was as a result of Coronavirus.

Fans have taken to Instagram to share old photos of the star, who was also in  Adam-12 and The Hardy Boys/Nancy Drew mysteries.

Palm Springs Magazine said: “Trini Lopez, who has lived in Palm Springs since the 1960s, passed away August 11.

“One of the well-known songs from his hit 1963 album was If I Had A Hammer.⁠
⁠
“His passing comes just after a documentary on his life had wrapped shooting and editing by @pdavidebersole and cohort @airport1975 (Todd Hughes), also Palm Springs residents who created the @houseofcardindoc on @pierrecardinofficiel.⁠
⁠
“They had just shown Trini a cut for approval last week.”

Ice Cube Gives D.L. Hughley Middle Finger for Criticizing Him Over His Works With Trump’s Team

Carole Baskin Comes Out as Bisexual: ‘I Was Always Very Male-Oriented’