Follow
Home » Celebrities » What Is Instagram’s Restrict? Here’s How The Anti-Bullying Feature Works

What Is Instagram’s Restrict? Here’s How The Anti-Bullying Feature Works

Online bullying is no joke, and Instagram is taking it seriously. On Monday, July 8, the platform announced two new anti-bullying features that work toward creating a safer (and kinder) environment on IG. One of those features monitors comments before they’re posted, and the other gives you the chance to make certain comments completely private. That one’s called Restrict, and it literally "restricts" your haters on the app. If you’re wondering what Instagram Restrict is (in more detail, of course), I’ll give you the deets.

Instagram’s Restrict feature is sneaky, to say the least. The new capability lets you "restrict" any users that are bothering you on the app, whether they’re sending you hurtful comments or sliding into your DM’s with unnecessary messages. When you add them to your Restricted Accounts list, a few things will happen. For starters, the comments that they leave on your posts will automatically become private — and only you two will be able to see ’em. That way, you’ll be able to keep an eye on what they’re saying to you without everyone being in the loop.

However, if you Restrict someone and want to make their comments public, you can approve them on the app. That way, all of your followers will see what they wrote. 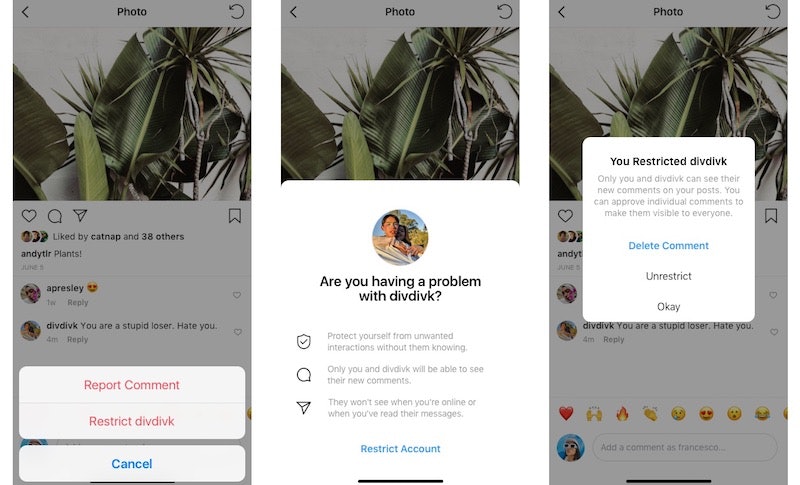 Additionally, anyone on your Restricted Accounts list won’t be able to see when you’ve viewed their DM’s. That way, you should be able to read their messages without them knowing. (That’s helpful if you want to keep yourself updated on what they’re writing to you.) On top of that, Restricted users won’t be able to see when you’re active, which means you can scroll in peace without worrying if they’re going to reach out or not.

Now, you’re probably wondering what the point of Restrict even is. I mean, you can always block, unfollow, or report a user that’s writing you harmful messages, right? Unfortunately, that isn’t always the case. According to Instagram, tons of young people are afraid of blocking their bullies out of fear that they’ll make things worse IRL. But thanks to Restrict, they’ll be able to keep an eye on what they’re saying without stirring the pot.

There’s another thing about the Restrict feature that you should know, and it’s important. Apparently, Instagram won’t let anyone on your Restricted Accounts list know that they’ve been, well, "restricted." That information should be private to you and only you.

According to an email from Instagram, Restrict will roll out globally this year, but it’ll also be tested in select countries "soon." However, a different anti-bullying feature is already in the works. Apparently, Instagram has spent "the last few days" testing a feature that gives users a chance to reevaluate their harmful comments before posting them.

It works like this: If someone writes an offensive comment, a notice will appear on their screen and ask if they really want to post it. According to Instagram, the feature uses artificial intelligence to decipher whether or not the comment is hurtful before flagging it. This capability was originally announced in May 2018 when the company started using AI to recognize offensive comments. 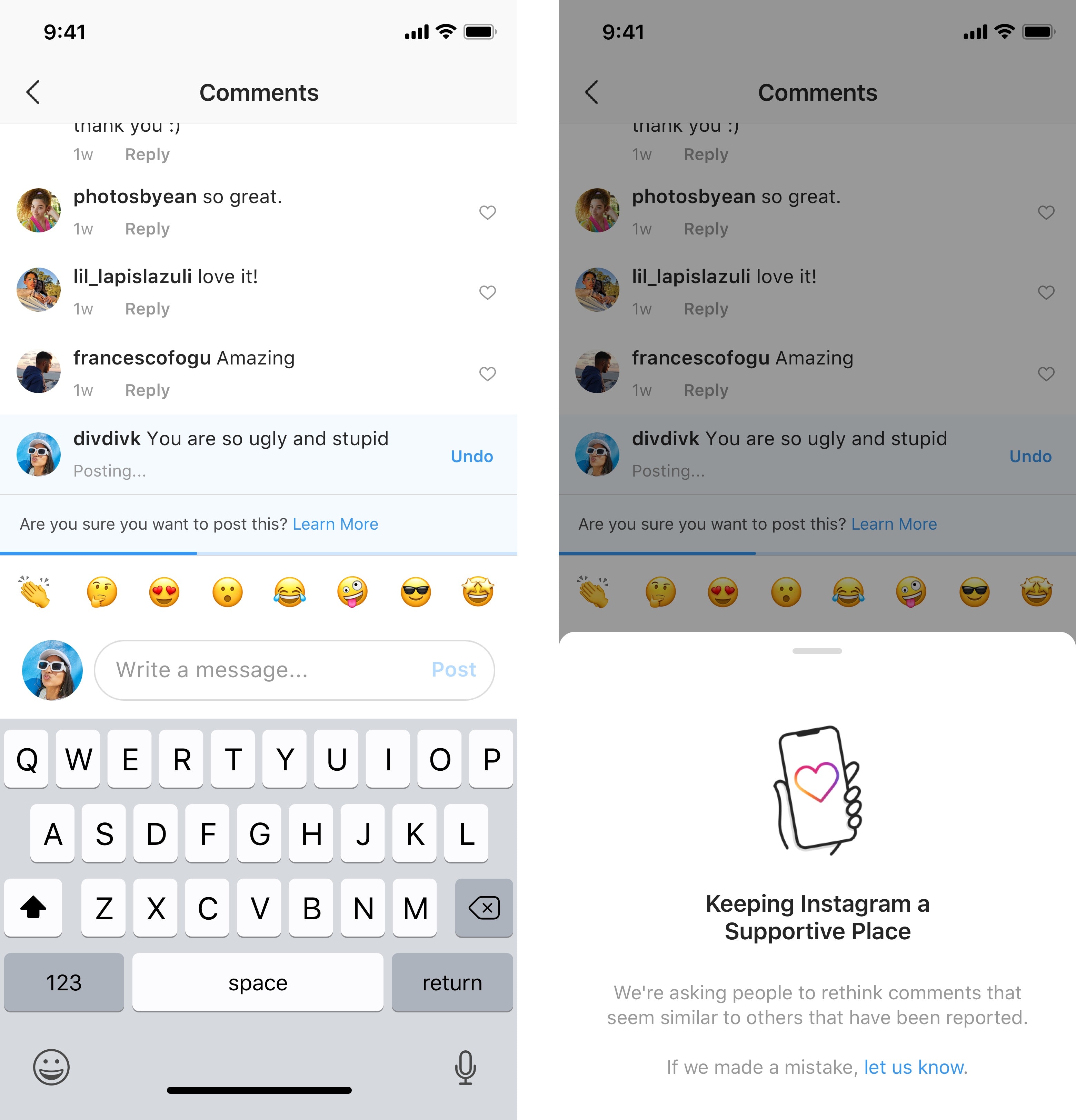 As you can see, Instagram is going above and beyond to make sure its users feel safe and accepted on the platform. Keep your eyes open for the new anti-bullying features as they load into the app.