Follow
Home » Celebrities » WHERE ARE THEY NOW: The cast of ‘Laguna Beach’ 16 years later

WHERE ARE THEY NOW: The cast of ‘Laguna Beach’ 16 years later 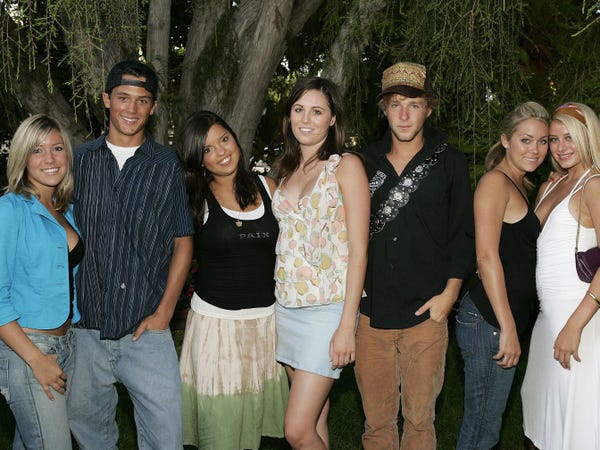 As the great Hilary Duff once sang, "Let's go back, back to the beginning …"

The year was 2004, and "Laguna Beach" premiered on MTV. The show focused on a group of high school friends who attended Laguna Beach High School, and promised to show the world what "real" high schoolers in Orange County were like, not like the 20-somethings on "The OC."

The show lasted for three seasons, launched three spin-offs ("The Hills," "The City," and "The Hills: New Beginnings"), and created stars out of the teenage cast.

However, while Conrad, Colletti, Cavallari, and Bosworth are still relatively well-known, the rest of the cast has resumed a normal life. Here's what the stars of "Laguna Beach" are up to now.

Lauren Conrad was the first narrator of "Laguna Beach" and the show's relatable protagonist. 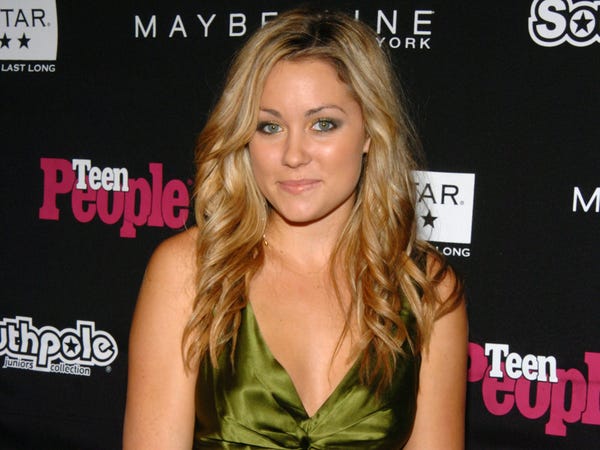 The first season of "Laguna Beach" documented the end of Conrad's senior year of high school, and followed her and her group of friends as they decided what they wanted to do after graduation.

A big part of the first season was the love triangle between Conrad, her friend Stephen Colletti, and Colletti's girlfriend Kristin Cavallari. Season two followed Conrad as she dropped out of college and began dating Jason Wahler.

Conrad went on to star in "The Hills" for four and a half seasons. Now, she's a married mom of two with her own lifestyle empire. 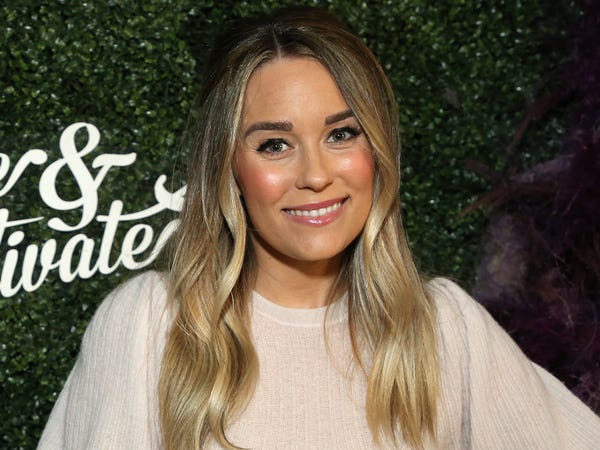 Conrad was the star of "The Hills," which documented her and a new group of friends as they followed their dreams in Los Angeles. But she left the show in the middle of the fifth season to pursue other projects.

Now, she has a fashion empire, her own podcast, runs a marketplace called The Little Market, and recently started her own makeup brand. She's also written multiple books, both fiction and non-fiction.

Conrad is married to William Tell, a lawyer, and they have two sons.

Kristin Cavallari was the show's other breakout star, and she became the narrator after Conrad left Laguna. 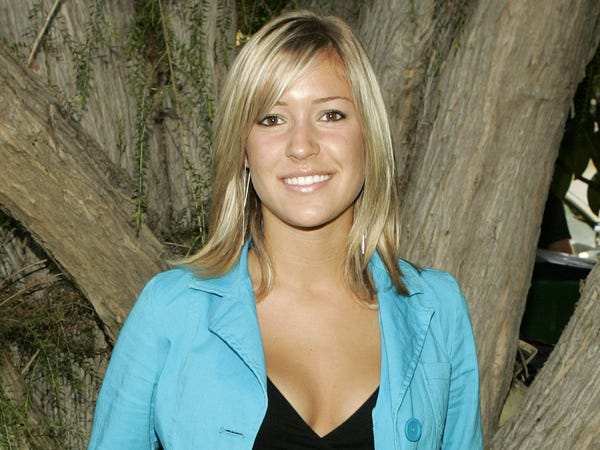 Cavallari was a grade behind Conrad and her friends, and thus season two was all about Cavallari graduating, as well as her complicated relationship with Colletti, who was in school in San Francisco.

She left the show after season two.

Cavallari took over for Conrad on "The Hills," and then starred in her own reality show, "Very Cavallari." She also has her own lifestyle brand, Uncommon James. 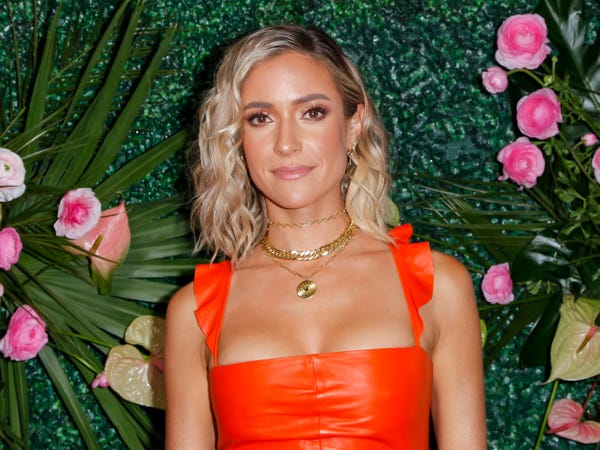 Cavallari was re-introduced to audiences when the torch essentially passed from Conrad to Cavallari during Conrad's last episode of "The Hills." Cavallari then remained on "The Hills" until it ended in 2010.

In 2018, Cavallari began starring on her own reality show on E!, called "Very Cavallari," which focused on her life in Nashville with her soon-to-be ex-husband Jay Cutler, and her efforts to expand Uncommon James. The show ran for three seasons. Cavallari has also written two cookbooks.

Cavallari was married to former Chicago Bears quarterback Cutler from 2013 to 2020, and they have three children together.

Stephen Colletti was the object of both Conrad and Cavallari's affections. 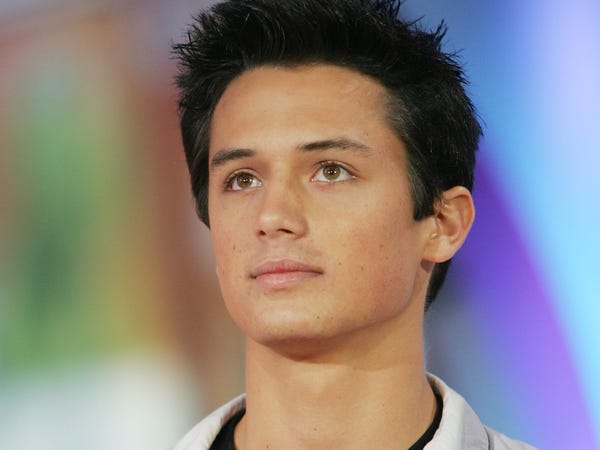 Colletti was the prototypical California surfer dude during the first two seasons of the show. Most of his storylines revolved around his on again/off again relationship with Cavallari. He also had a close friendship with Conrad that constantly seemed to be on the verge of something more, though nothing ever happened on-screen.

Colletti is now an actor and writer. 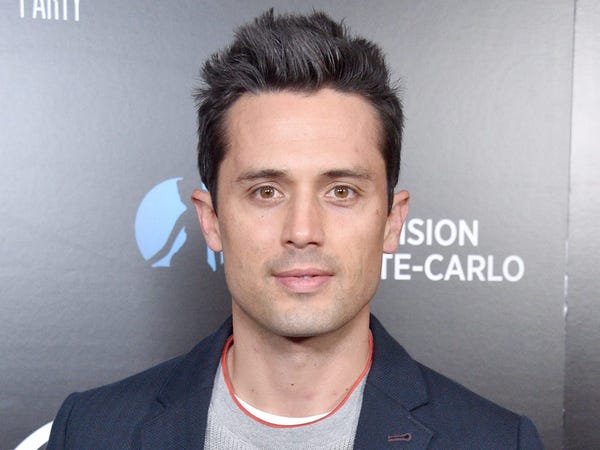 Colletti began starring in "One Tree Hill" in 2007 as Chase Adams, and remained on the show until it ended in 2012. He then appeared in a few episodes of the basketball drama "Hit the Floor" until 2016. He has also appeared in various TV movies.

Colletti and his "One Tree Hill" co-star James Lafferty also co-wrote and co-starred in a pilot called "Everyone Is Doing Great," which they successfully funded with a Kickstarter. 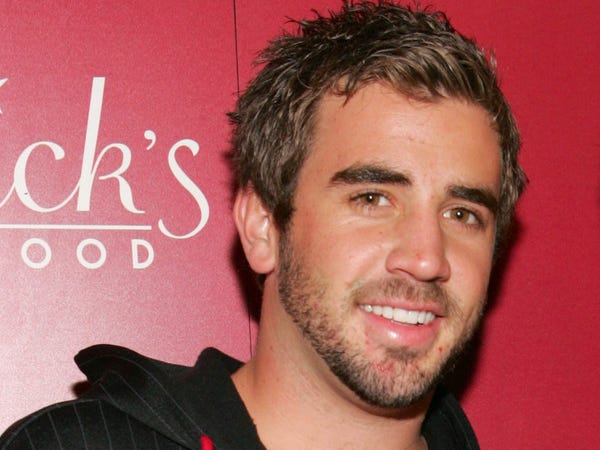 Wahler originally appeared on the show as Smith's boyfriend, though their relationship was full of ups and downs. After Conrad returned to Laguna Beach, the two began dating, and their relationship lasted through the first season of "The Hills." 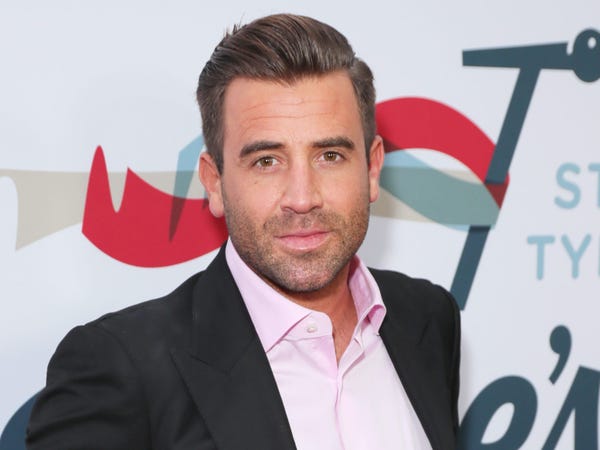 Wahler was part of the cast of the rebooted "Hills," alongside his wife, Ashley Slack. They have one daughter.

Before that, Wahler was part of the cast of the fourth season of "Celebrity Rehab with Dr. Drew," as he was an alcoholic and addicted to cocaine. He had been arrested multiple times before his appearance. He opened up about relapsing in 2018.

Wahler also founded Widespread Recovery, a recovery center that has since shut down.

Jessica Smith was one of Cavallari's good friends, and she dated both Wahler and Dieter Schmitz. 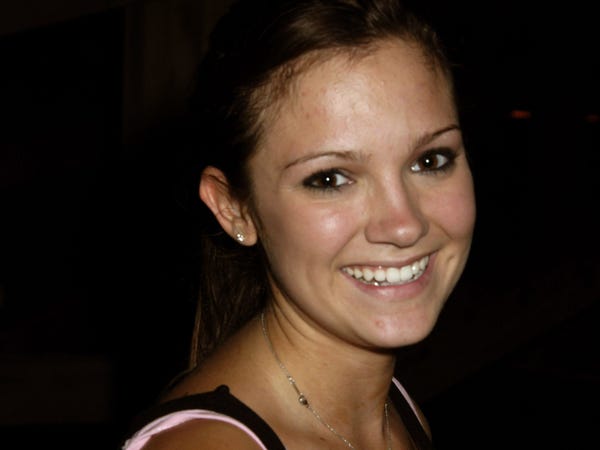 Smith was the long-suffering girlfriend of Wahler, but the two eventually broke up after one too many fights about how she couldn't trust Wahler during season two.

She had also dated Schmitz, one of Conrad's friends, during season one. 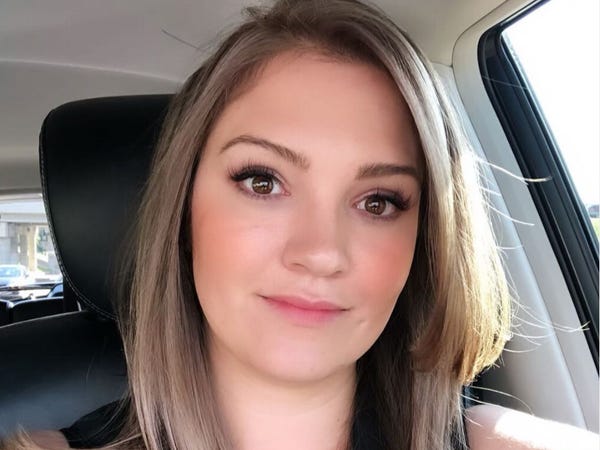 Last few days of FREEDOM. But not really cause I still always have 2 littles at home but whatevs! 💁🏻‍♀️☀️#summatime #summer #newhair #freedom

Evans is a mom of four, according to her Instagram. She and her husband, Michael Evans, live in Texas. She has her own Amazon shop, but she has mainly stayed out of the spotlight.

Lo Bosworth was Conrad's best friend. She eventually popped up on "The Hills," as well. 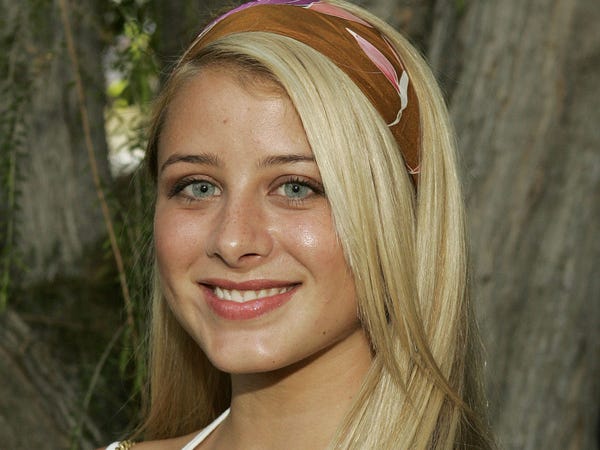 Bosworth and Conrad, or Lo and LC as they were called, were the definition of BFF goals to any teen watching "Laguna Beach."

Bosworth also left the show after season two to attend UC Santa Barbara, but when she transferred to UCLA, she joined her bestie on "The Hills."

Bosworth remained on "The Hills" until the end. She founded a women's body care company, Love Wellness. 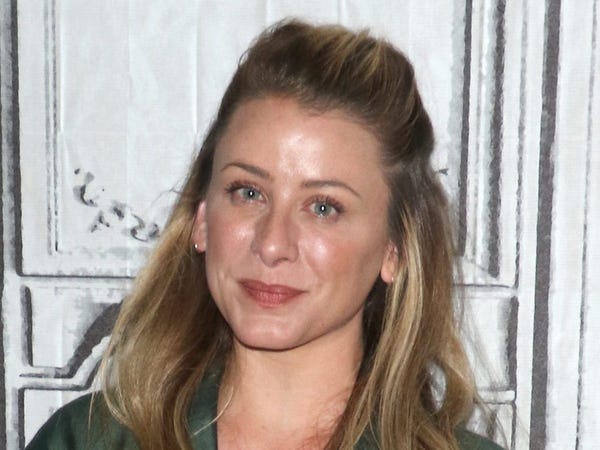 After "The Hills" ended, Bosworth started her own blog, "The Lo Down," which she ran for years, and wrote a book of the same name in 2011. She also attended culinary school and started her own YouTube channel. Bosworth also had a short-lived podcast in 2019, called "I Love Wellness."

In 2016, Bosworth founded Love Wellness, a women's body care company that aims to "shatter the stigma around women's wellness so that you have solutions you are comfortable with." It offers supplements, multivitamins, sexual health items, and various wellness kits.

Talan Torriero was the show's resident ladies' man in seasons one and two. 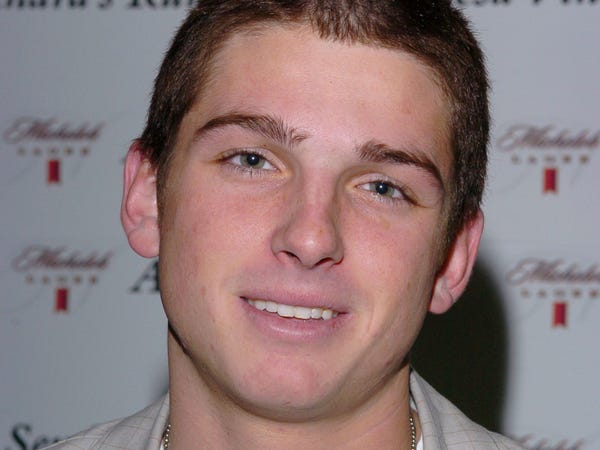 Torriero was a junior in season one, making him younger than most of the cast, but he was pretty consistently hooking up with older girls. He also briefly dated Cavallari, but it didn't last long as she was still hung up on Colletti.

He left after season two.

Torriero is now married with children. 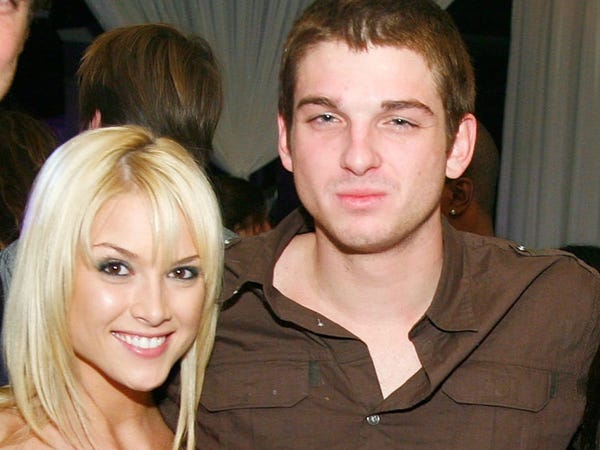 Before he got married, the former reality star remained in the headlines for dating celebrities like Kimberly Stewart and Nicole Scherzinger. However, he married Danielle Zuroski in 2014, putting his party boy past behind him. They have one son.

He and his wife now own and operate a farm, Torriero Farms, in Omaha, Nebraska. 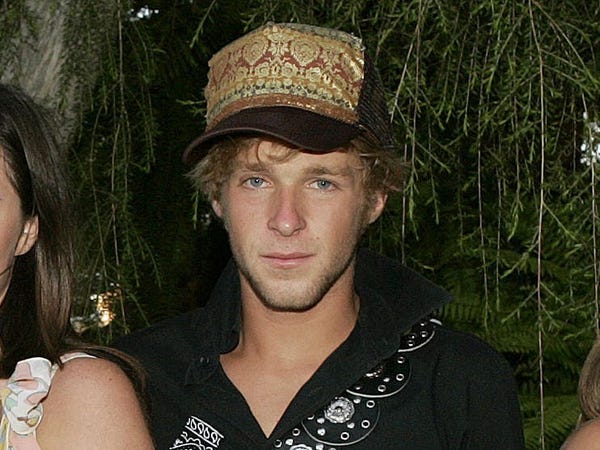 Phillips was good friends with Colletti and the other guys, though he had a special bond with Conrad as well. Phillips famously put on a fashion show that Conrad also used as a way to break into the fashion game.

Phillips left the show after season one to attend Parsons in New York City. 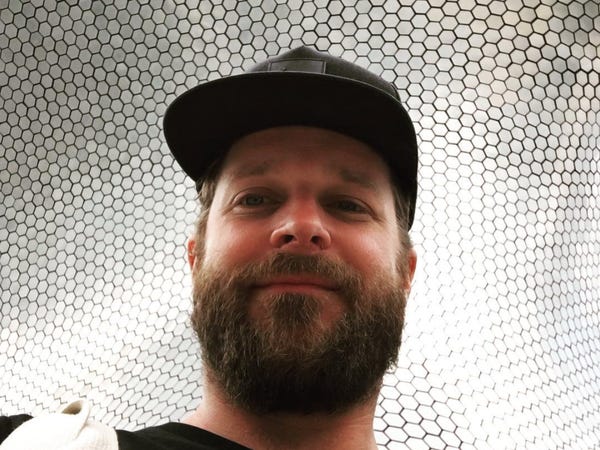 According to his LinkedIn, Phillips has been an associate designer at Vera Wang since 2010.

Jen Bunney was one of Conrad's good friends who would later pop up on "The Hills." 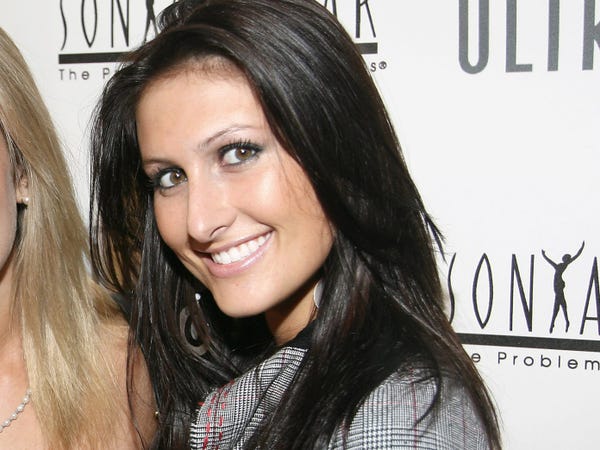 Bunney didn't really make an impression until she showed up on "The Hills," and memorably hooked up with Brody Jenner even though Conrad had been on a few dates with him — and right after Conrad gifted Bunney with diamonds for her birthday.

As a result, the two stopped being friends.

Bunney, now Dunphy, works in healthcare. She has an MBA and is a doctor of public health. 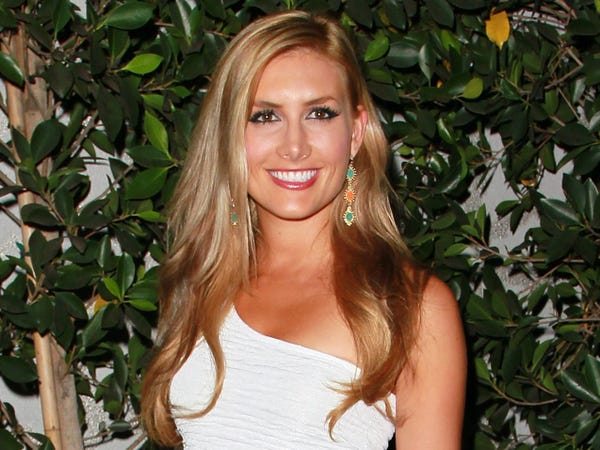 She married Taylor Dunphy in 2014 and now goes by Jennifer Dunphy. According to her LinkedIn, Dunphy is the senior vice president at Regal Medical Group, and "leads population health for one of the nation's largest IPA's, dedicated to advancing innovative care models for high-cost populations including dual and medicaid lines of business."

Dunphy also remains close with "Hills" star Heidi Montag, and is even the godmother to Montag's son, Gunner.

Morgan Olsen, one of Conrad's good friends, was mainly defined by her desire to attend Brigham Young University. 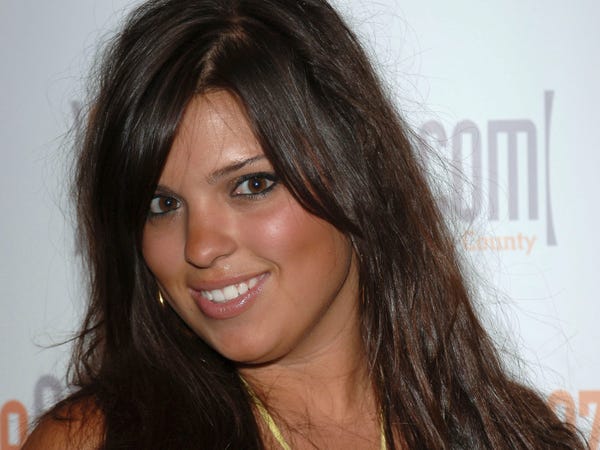 Olsen was part of Conrad's friend group, although she was a bit more conservative than the rest of her friends, as evidenced by her decision not to go to Cabo for spring break, and her desire to attend BYU, a Mormon school. She graduated in 2008.

She left "Laguna Beach" after season one.

She now goes by Morgan Smith. She founded her own swimwear brand, Minnow Swim. 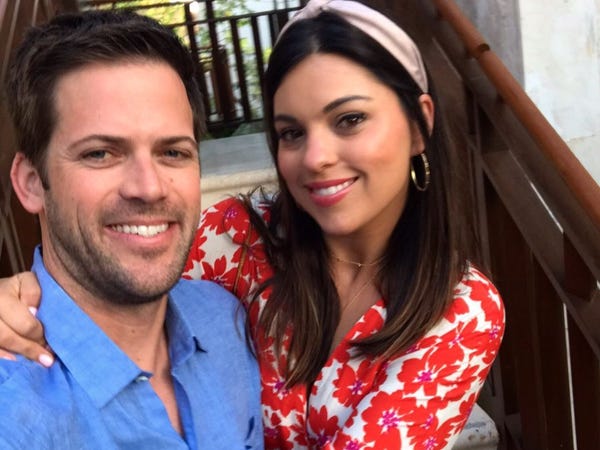 This pregnancy’s MVP 🏆 He’s picked up all the extra slack in really all aspects of our life. It’s been a new dynamic for our marriage moving away from our families/network, where we’ve solely had to rely on each other for support. I’ve realized in just a few months has only made my love + appreciation for him grow so much 💗

She married Joel Smith in 2010, and the two have three children together. Smith founded Minnow Swimwear in 2016, according to LinkedIn, and lives with her family in Charleston, South Carolina.

Christina Schuller was Olsen's best friend and part of the main friend group. 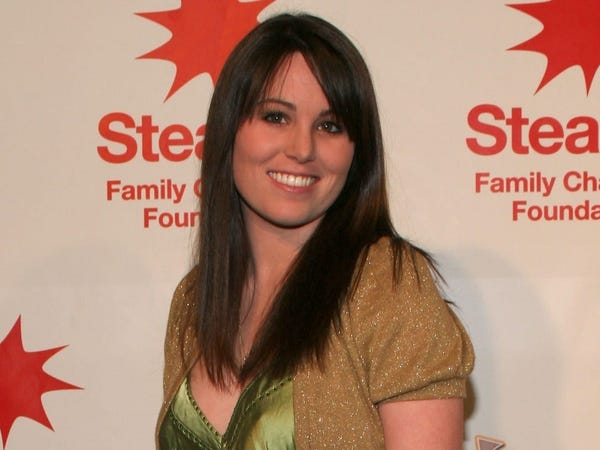 Schuller was also part of Conrad's group of friends, though she and Olsen were closer with each other than the rest of the group. Her main contribution to "Laguna Beach," though, was her infamous trip to New York City when she tried out for a Broadway musical.

Schuller left the show after season one.

Schuller goes by her married name now, Sinclair, and is a barre instructor. 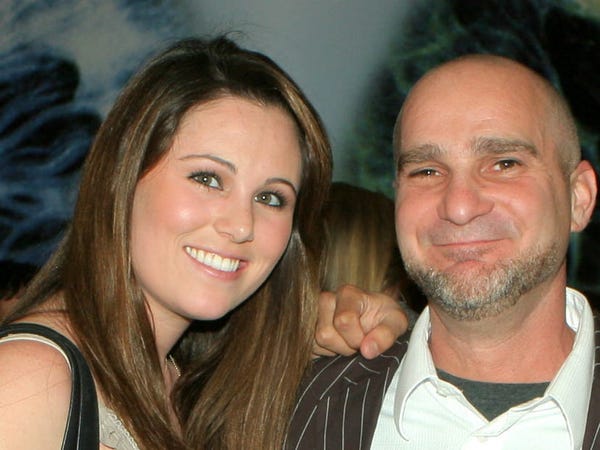 Sinclair is private on Instagram, but according to her bio, she is a barre instructor at Equinox, and has two children. She married her husband, Chad Sinclair, in 2011.

Dieter Schmitz was one of Conrad and Colletti's best friends, and frequently the voice of reason among his friends. 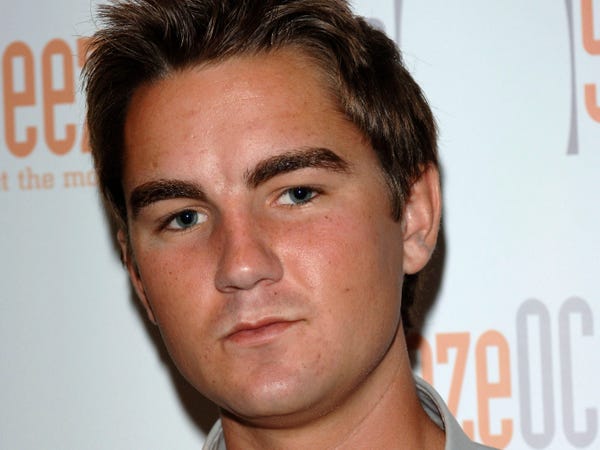 Schmitz appeared in both season one and two with the title of "Stephen's Friend." Schmitz was one of the only cast-members in a stable relationship during season one, with Jessica Smith — though the two wouldn't last into season two.

Schmitz had a "Laguna Beach" reunion at his wedding. 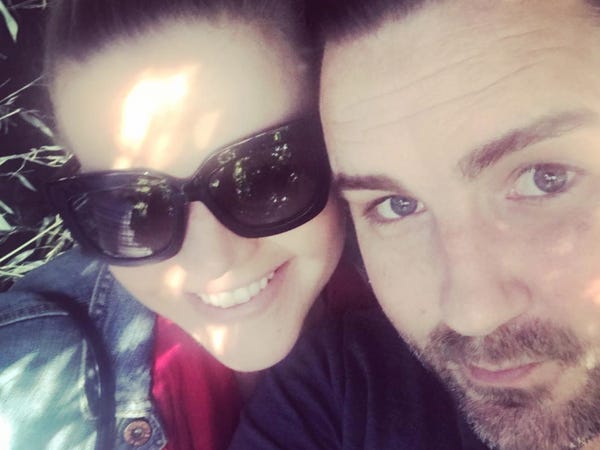 Can’t believe it’s our last weekend as NYC residents! I will never forget the amazing life memories we were lucky enough to have in this glorious city together. The energy in this city is addictive, relentless and is simply unmatchable. Thank you for everything Manhattan….you will always have a place in our hearts. Boxes are packed and the Schmitz family will be driving across country starting on 7/21 to our new home in good ole OC. Californiaaaaaaaaa here we comeeeeeeeeee!

Schmitz got into hospitality after leaving the show, and now lives in Washington, DC, with his wife Isabell. They have one son.

According to his LinkedIn, Schmitz is the regional general manager for the Lore Group.

When he married his wife in 2016, almost all of the "Laguna Beach" cast was present, including Conrad and Colletti, who was a groomsman for his friend.

features, Laguna Beach, the hi
You may also like: