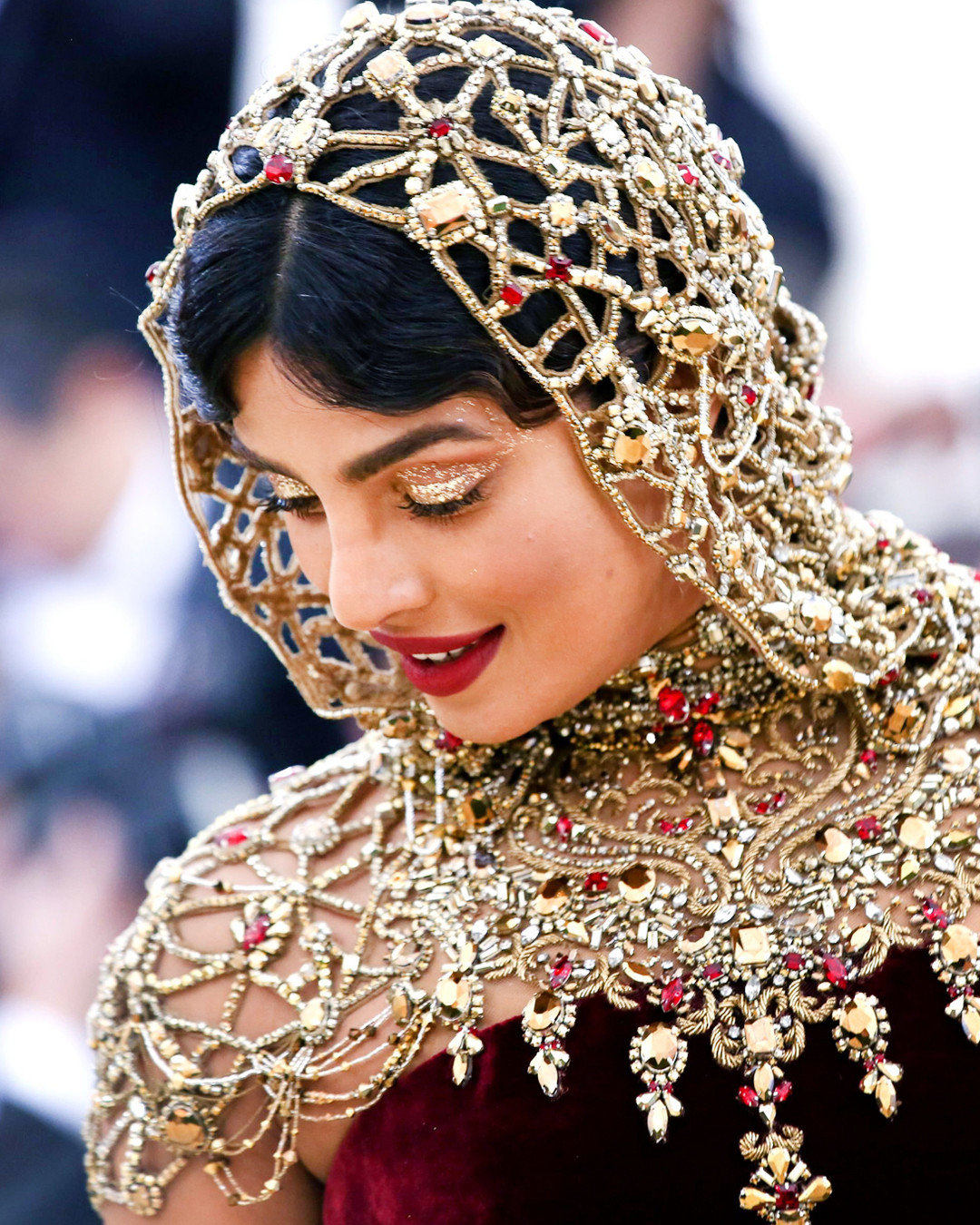 There aren’t many opportunities to wear halos, crowns and larger-than-life headpieces, so celebrities took full advantage of the Met Gala red carpet.

From Rosie Huntington-Whiteley‘s simple halo to Winnie Harlow‘s sensational white headdress to Priyanka Chopra‘s embellished coif, for the first time in Met Gala history, headpieces dominated the red carpet. Some of these accessories added drama to the look as standalone pieces of art, while others were carefully intertwined with the hairstyle to elevate the star’s beauty.

Overall, we can thank Anna Wintour‘s chosen theme, “Heavenly Bodies: Fashion and the Catholic Imagination,” for inspiring the trend. Stylists and designers pulled from imagery of the Catholicism (Think: Angels, cathedrals, monarchies and stained glass windows) to create a very romanticized red carpet when celebrities transformed into royalty and angelic beings (although we have already thought of them this way). 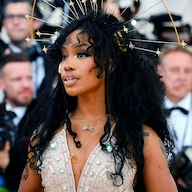 Out of the 500+ people that attended the annual Costume Institute Gala and the 80+ people that walked the red carpet, we’ve picked the best 15 headpieces of the night. 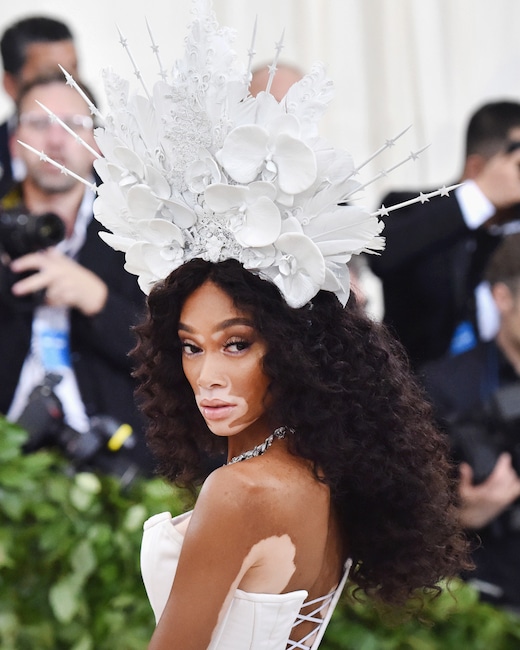 The model brings a new meaning to the term, “centerpiece,” as all eyes turn to her wowing white headdress. 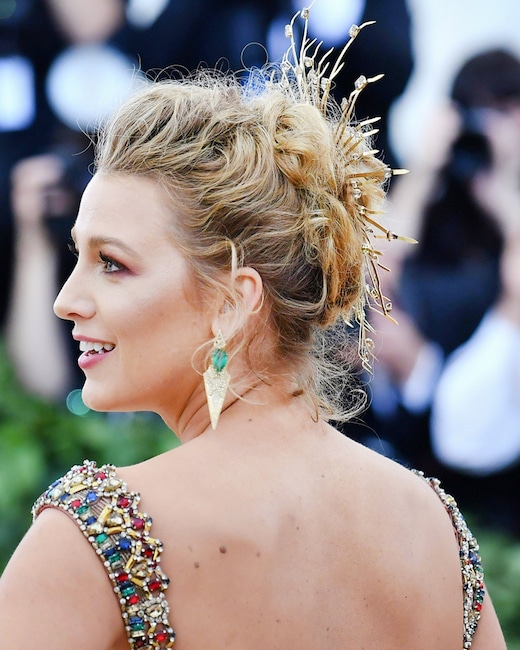 The actress blends her headpiece into her hair to create a look that you have to look at twice. 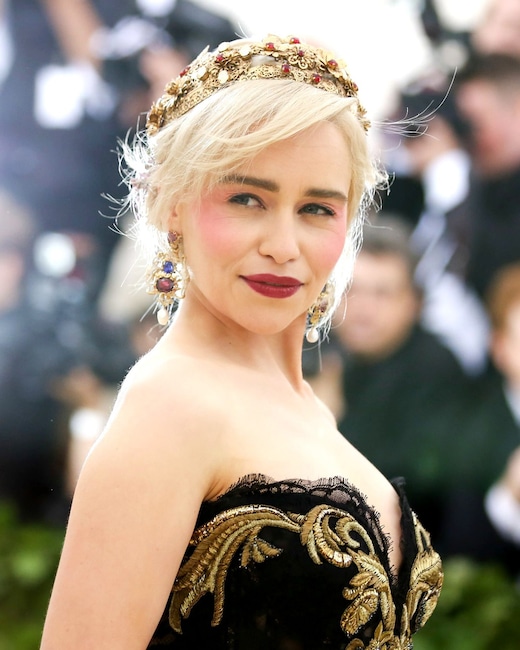 Perhaps Emilia is taking notes from her character on Game of Thrones? 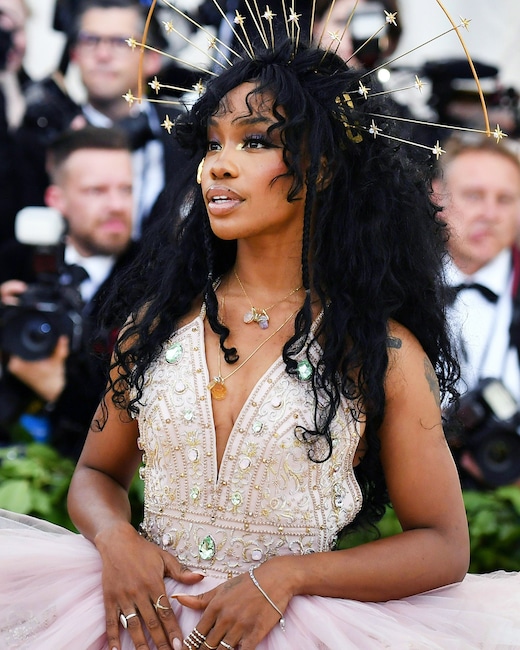 The “All the Stars” singer took her angelic Grammys 2018 style to the next level by adding this celestial-inspired halo. 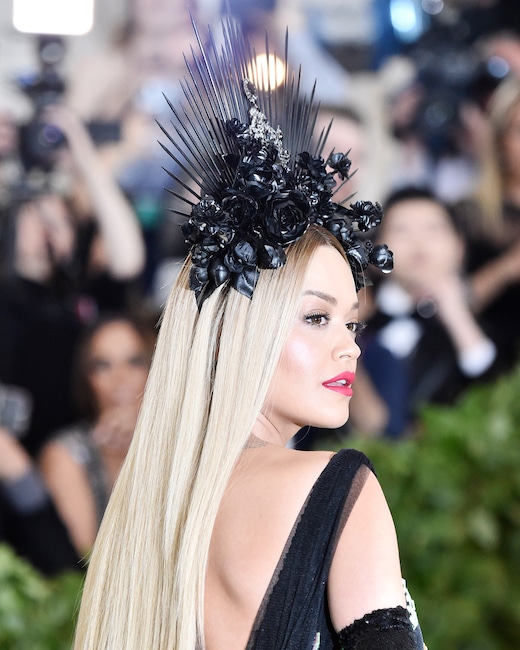 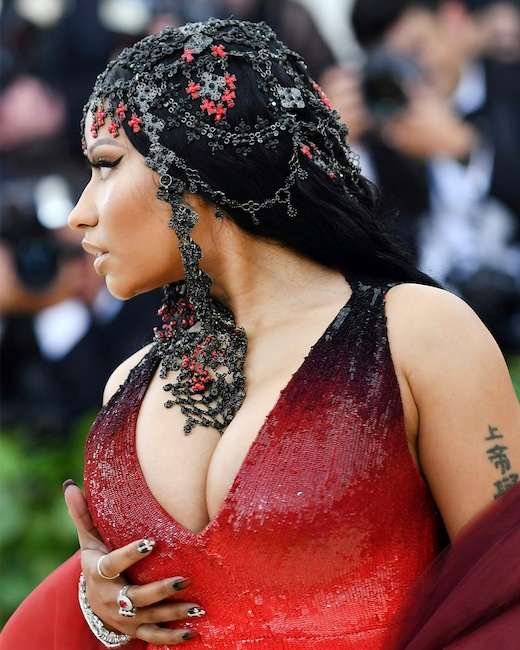 The “Chun-Li” singer brought a darker side of the theme with a different kind of chain. 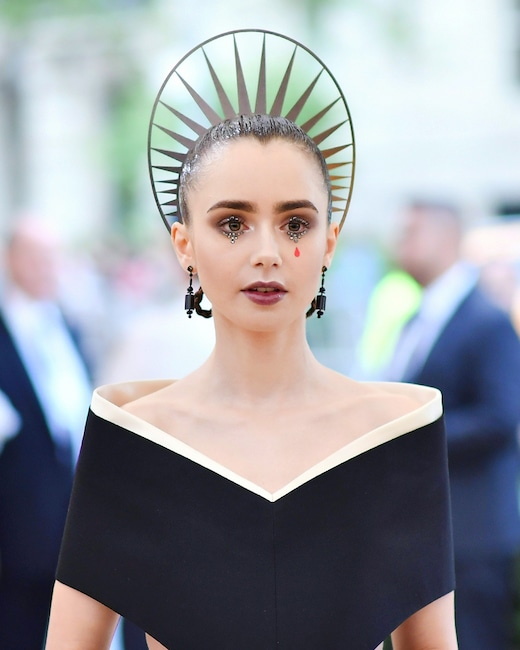 The shape of this crown makes it stand out among the others and complements that star’s facial shape. 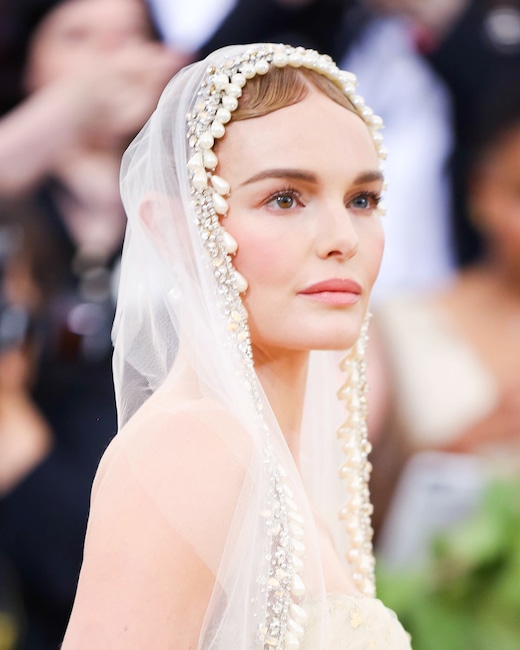 The actress bring the bridal veil to the carpet in honor of the fashionable ceremony. 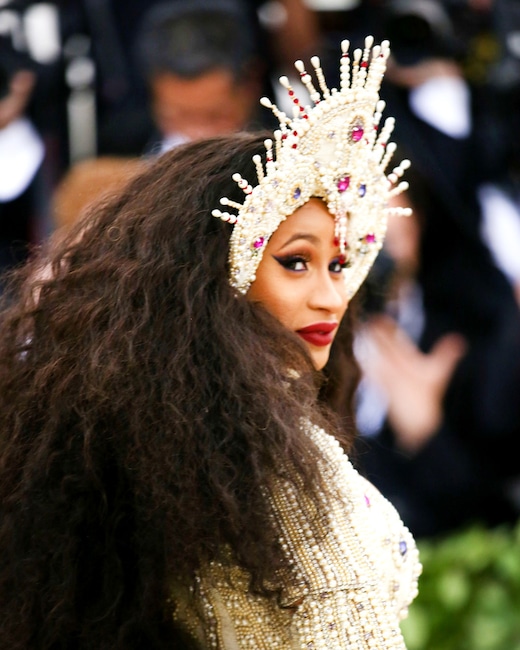 The “Bodak Yellow” rapper was the queen of our hearts with this pearl and ruby embellished headdress. 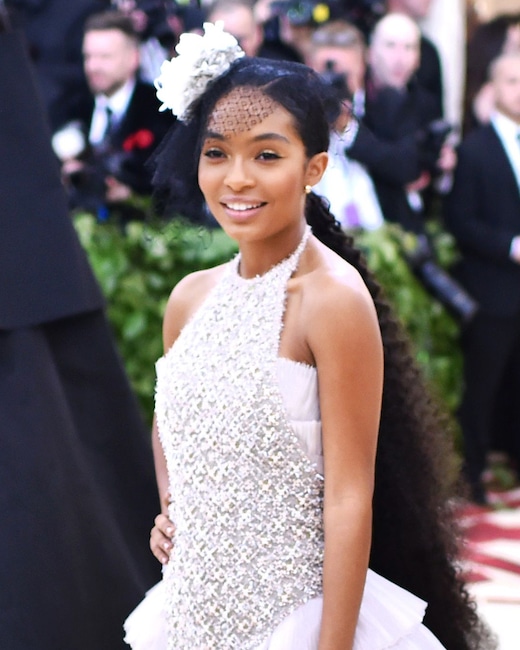 Flowers, diamonds and lace—the Grown-ish star’s fascinator is fit for a princess. 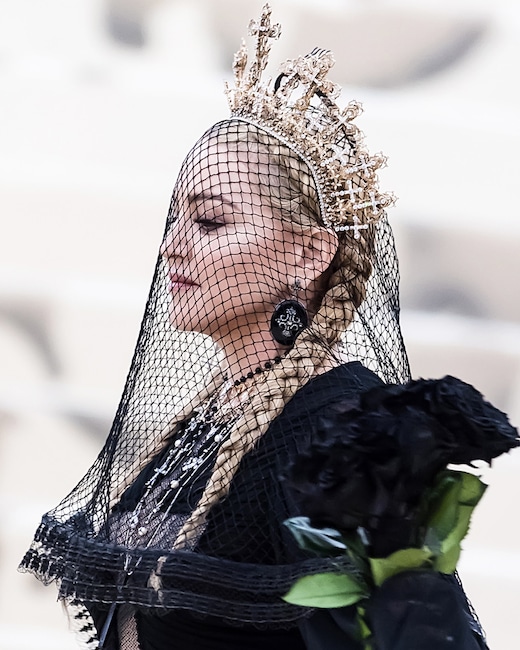 This fishnet veil and crown is very Madonna and, thus, incredible. 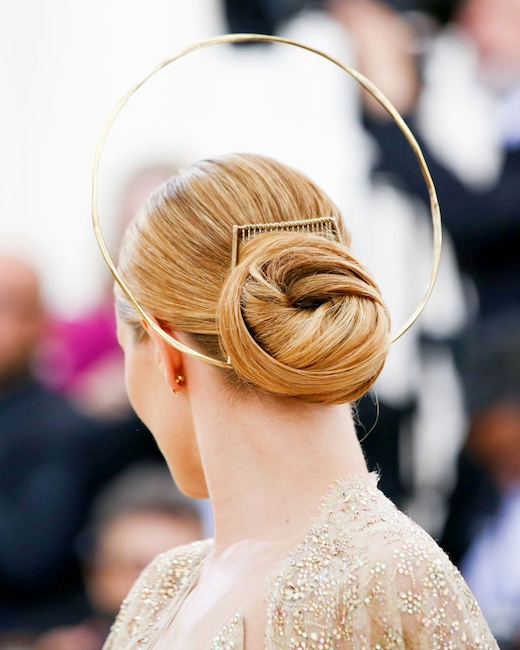 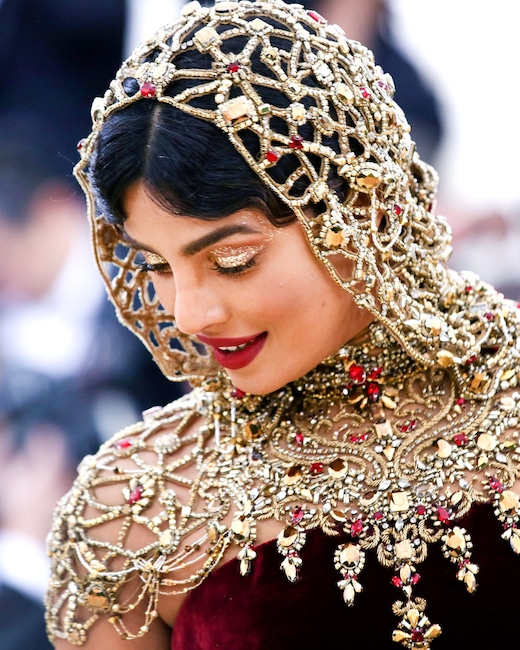 Thanks to looks like the Quantico star’s, we’re calling this red carpet the battle of the beauties. The model brings a new veil to the red carpet that reminds us of beaded curtains. 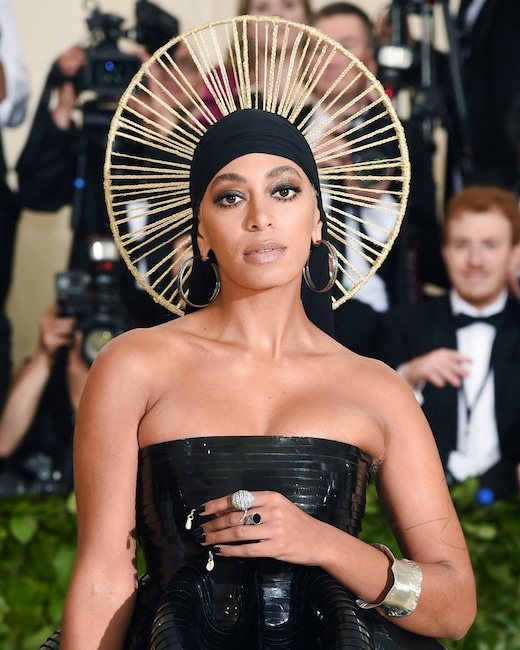 When you take a closer look at the star’s golden halo, it’s actually made out of hair—ah-mazing!