Amateur cooks often post pictures of their homemade meals on social media to proudly show off what they have made.

But while some will showcase their delicious, mouthwatering dishes, others should have stayed offline and kept their rather stomach-churning concoctions to themselves.

These photos prove that not everyone is a dab hand in the kitchen, even if the cooks behind the creations believe themselves to be brilliant.

The snaps of the tragic-looking dinners were all shared on the Reddit group r/sh*****foodporn recently, a forum dedicated to terrible pictures of unappetising food.

And they may well put you off your lunch. 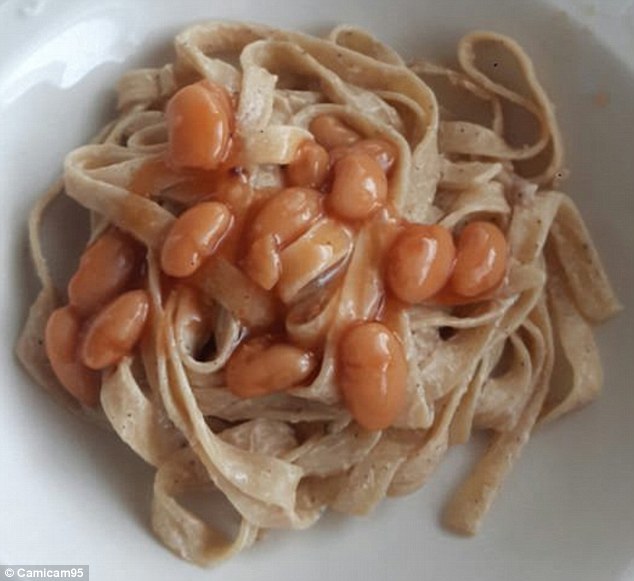 Baked beans on pasta, anyone? This home cook was very proud of their ‘fusion’ dish – but it’s not quite clear why as most people would be put off by the very unusual combination 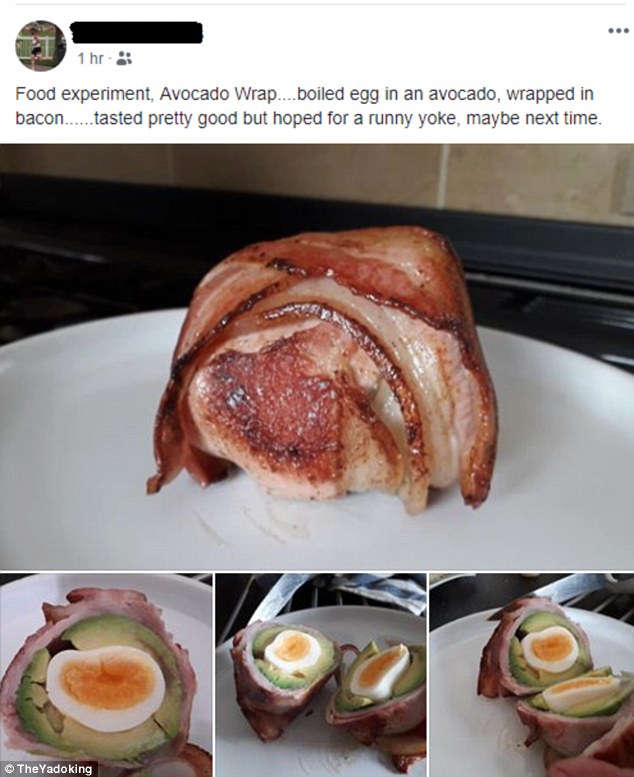 Gross, or genius? This home cook decided to experiment in the kitchen by stuffing an avocado with a soft boiled egg and wrapping it in bacon before cooking it in the oven – which some may find unappetising 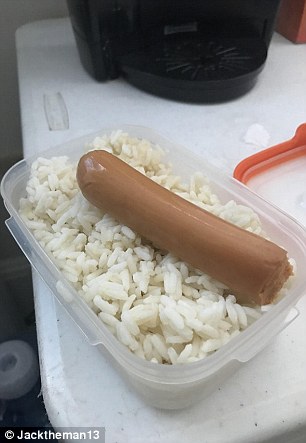 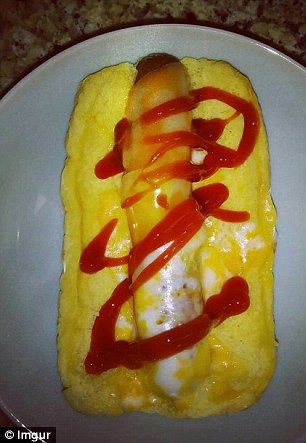 One Reddit user snapped a picture of their colleague’s very sad-looking lunch of a single Frankfurter on a bed of white rice (left). Another home cook was strangely proud of this late-night concoction of a Frankfurther cooked into what appears to be an omelette, slathered in tomato ketchup – but we’re not sure why (right) 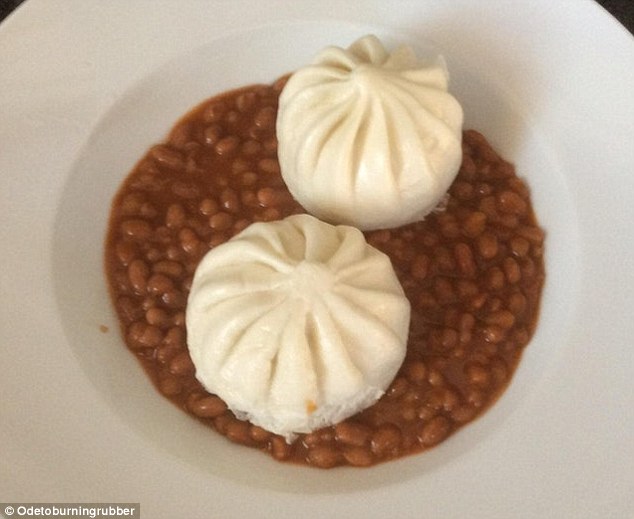 A theme among the terrible food photo was unusual food combinations and this is a classic example, as the cook has topped a bowl of baked beans with two Asian steamed buns, inexplicably 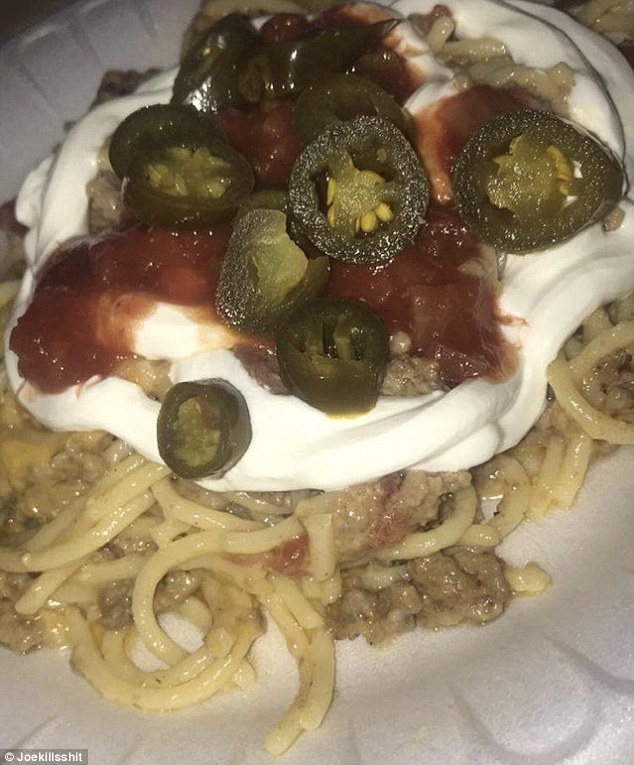 Now that’s fusion food! This adventurous cook has decided to combine Mexican flavours of sour cream, jalapenos and tomato salsa with the American-Italina staple of spaghetti bolognese – and we’re not sure it works 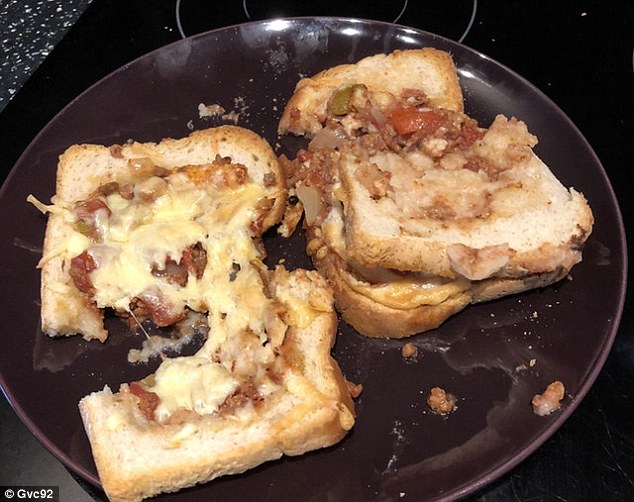 This cook allegedly tried to make ‘pizza breads’ and used a sliced loaf as the base for his concotion which appears to include a meat ragu mix containing peppers and cheese. It looks destined for the bin rather than someone’s stomach 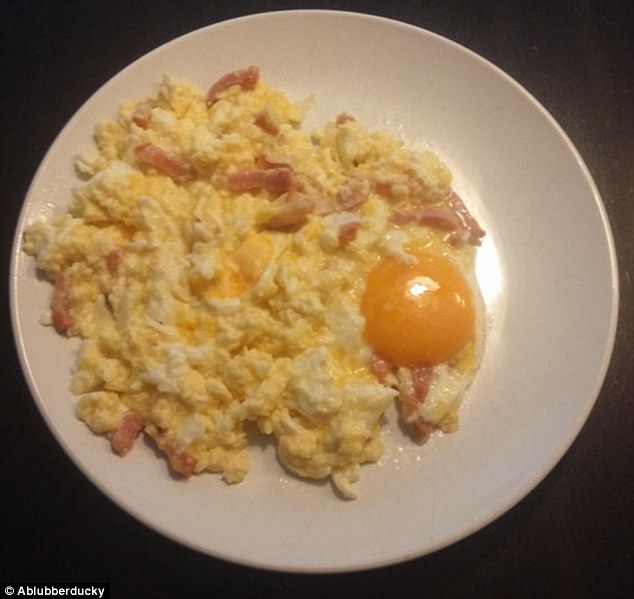 That’s not how scrambled eggs should look! This home cook forgot to whisk one of his eggs before cooking his breakfast – and has ended up with a very unappetising half-cooked yolk 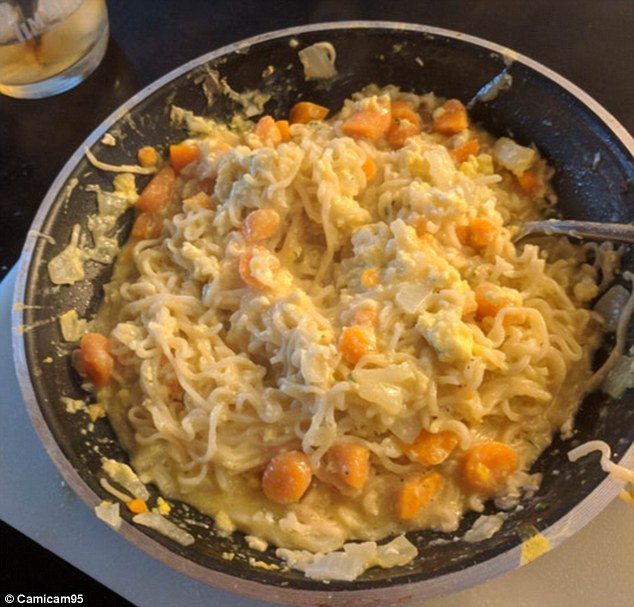 This home cook claims this is a dish of ‘carbonara’ – except the offending chef has used ramen noodles instead of spaghetti, and has bizarrely added pieces of Frankfurter sausage instead of bacon 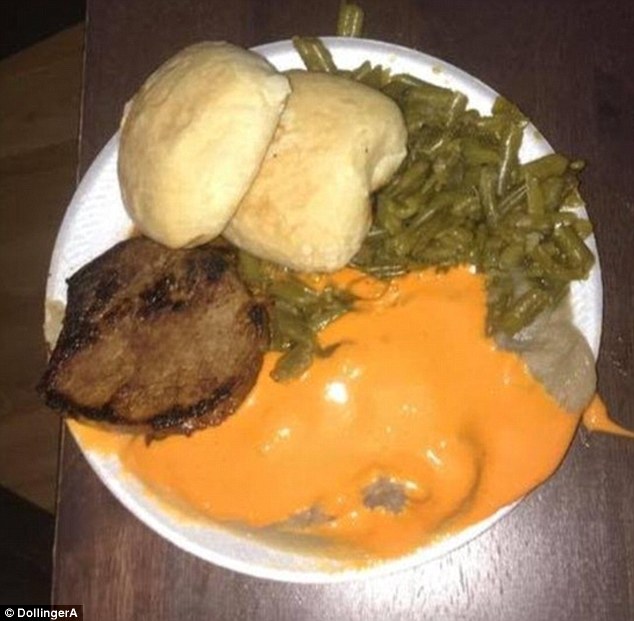 The hapless chef who made this disgusting-looking plate of food confessed they were drunk when they made it – but called it a ‘five star meal’. It’s not clear what the gloop of orance sauce is but it doesn’t look as if it pairs well with the overcooked steak and green beans 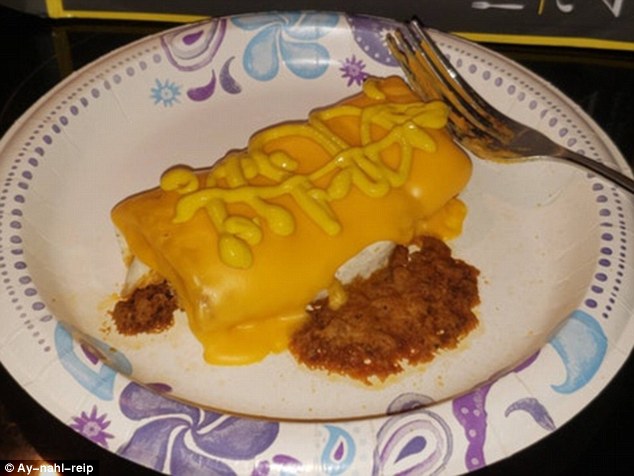 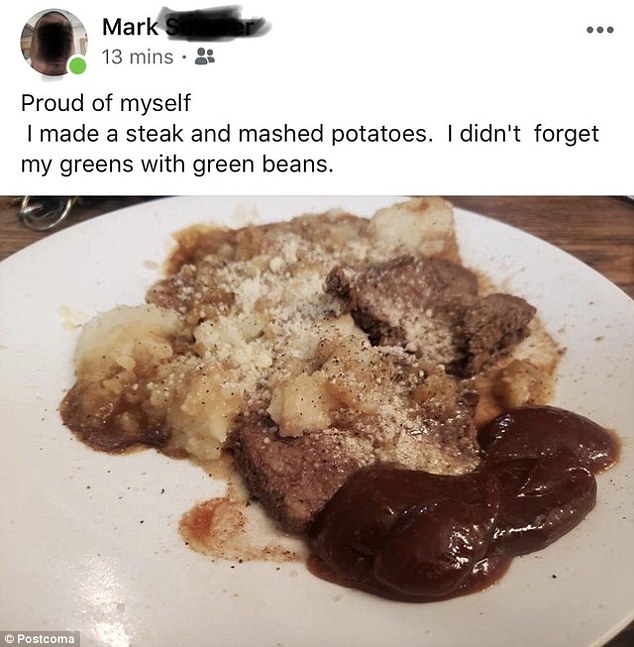 You shouldn’t be proud of this! Apparently this meal is steak, mashed potatoes with green beans – but it’s hard to tell where the potato begins and the steak ends and there’s no sign of any greenery