These are the highest-grossing touring artists of the decade

U2 grossed the most money touring in the past 10 years, followed by The Rolling Stones and Ed Sheeran. FOX Business’ Lauren Simonetti with more.

Billie Eilish is slated to record the title song for the 25th installment in the James Bond film franchise, making her the youngest artist to write and record a theme song for a 007 film.

The James Bond official Twitter account confirmed the "Bad Guy" singer's participation Tuesday just after the 18-year-old Los Angeles native teased her Instagram followers about her new gig on the film "No Time to Die" where Daniel Craig will reprise the roll of the fictional MI6 spy and provocateur for the fifth and final time.

"The #NoTimeToDie title song will be performed by @billieeilish. Billie has written the song with her brother @finneas and is the youngest artist in history to write and record a James Bond theme song," the James Bond Twitter account wrote.

“It feels crazy to be a part of this in every way. To be able to score the theme song to a film that is part of such a legendary series is a huge honor," Eilish said in a statement. "James Bond is the coolest film franchise ever to exist. I’m still in shock."

The Bond franchise has spanned decades dating back to 1962 where Sean Connery starred in "Dr. No" as the British secret agent, commonly referred to as 007, working for the Secret Intelligence Service known as MI6.

Eilish joins the ranks of Adele, Chris Cornell, Madonna and Nancy Sinatra as singers who have recorded title tracks to Bond films.

Eilish, who tweeted the announcement around the same time she wrote the song with her brother Finneas Baird O'Connell, also known as Finneas. According to Billboard, Finneas is known as the man behind the curtain, helping Eilish co-write numerous hit songs. The talented duo have created tracks that landed on the Hot 100, the outlet reported. They collaborated on the Grammy-nominated hit song "Bad Guy," according to Rolling Stone. 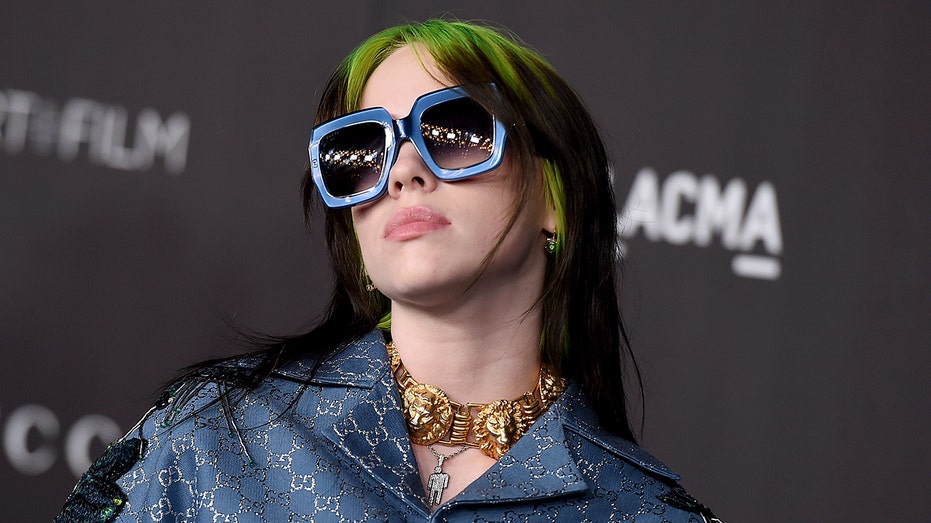 Billie Eilish arrives at the 2019 LACMA Art and Film Gala on Nov. 2, 2019, in Los Angeles. (Photo by Jordan Strauss/Invision/AP)

"We’ve written the Theme Song for 'No Time To Die.' I can’t believe we’re allowed to say this now. We are so proud of it and can’t wait for you to hear it," Finneas tweeted.

In a similar fashion, the rising star also tweeted out a separate announcement touting her role.

Eilish, who has quickly risen to pop stardom, gained widespread appeal at 13 years old when her song "Ocean Eyes" went viral on SoundCloud, according to Billboard.

Most recently, she has garnered six Grammy nominations where she will be competing for album of the year, song of the year, record of the year, best new artist, best pop solo performance and best pop vocal album. The 62nd Annual Grammy Awards ceremony is set to take place Jan. 26, 2020 in Los Angeles.

Billie, Eilish, James, record, to
You may also like:

Pandemic budget will focus on jobs and give people ‘hope’, Morrison says

September 28, 2020 Will Be The Worst Week For These Zodiac Signs

Create Your Own Garden Or Patio Paradise With These Outdoor Planters