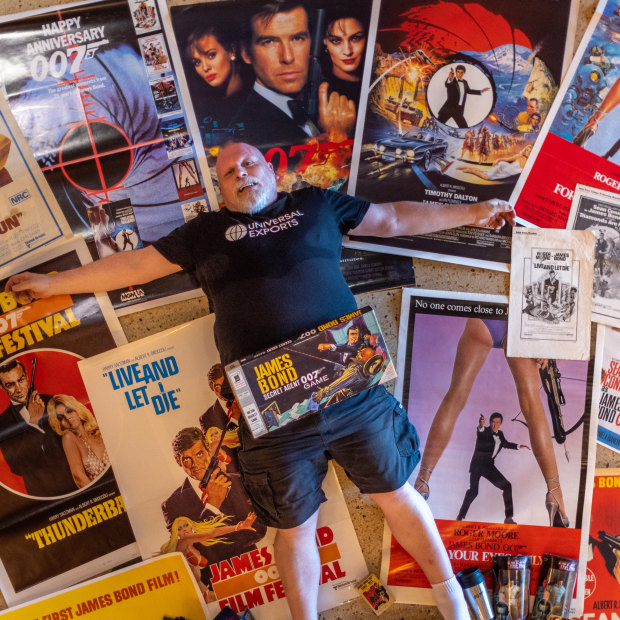 The key to enjoying James Bond is pretty simple, says John Rouse, whose passion for the films dates back to the 1960s.

“Don’t take it seriously,” the avid collector of 007 memorabilia says. “Every now and then people do these academic books and I think, ‘Oh, you’re taking all the fun out of it’.

“Buy yourself a martini and go and watch the ridiculous stunts, some awful dad jokes – particularly in the Roger Moore era – and some great scenery.”

This month marks the 60th anniversary of the first Bond movie – Dr No was released in the UK on October 5, 1962 – and to mark the occasion 14 of the 25 films in the official lineage are screening as part of the British Film Festival. The line-up includes something from each of the Bonds – Sean Connery, Roger Moore, Australian George Lazenby in his one and only outing, Timothy Dalton, Pierce Brosnan and Daniel Craig – running from Dr No to Skyfall.

Rouse, 62, has been working in the film business since the late 1970s. In 1992 he co-founded Melbourne’s beloved Cinema Nova with Natalie Miller and Barry Peak.

The many faces of James Bond. Credit:

He first saw a Bond film on a family outing when he was just seven years old. It was You Only Live Twice, the fifth of the movies starring Connery as Ian Fleming’s spy, and the Japanese island hideaway of supervillain Ernst Stavro Blofeld (Donald Pleasence) figured large.

“It was way beyond my comprehension, but it had spectacular sets like the inside of the volcano,” recalls Rouse. But it was the gadgets that had him truly hooked: “They pick up the villain’s car with a giant magnet under a helicopter and take it away and drop it in the water. As a seven-year-old, that was pretty amazing.”

His real infatuation didn’t start for a few more years, though. In the age before home video, DVDs, and streaming, the chances to see the films were limited. But soon after the release of Live and Let Die in 1973, Rouse stumbled upon a Bond film festival that screened all eight films that had been made to that point, “and seeing them so close together it was just like ‘these are great’.”

His collecting began a few years later when he liberated a poster from a film festival. By the late ’70s, he’d scored a summer job in the office of United Artists, which distributed the Bond movies, and he was invited to help himself to whatever old marketing material he wanted.

“Unfortunately, they’d moved offices just a couple of months beforehand, and they’d turfed a lot of the best stuff,” he says, though he still managed to snaffle complete sets of lobby cards for the first 10 movies, among other treasures. 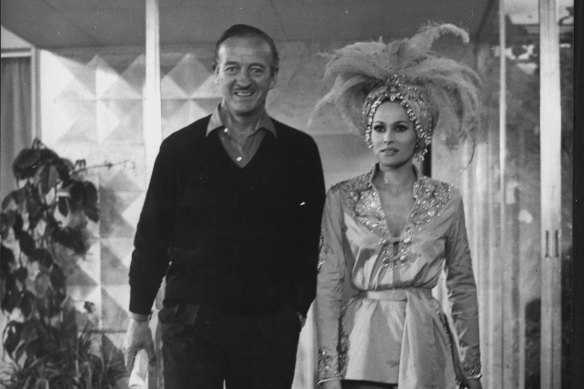 David Niven played Sir James Bond in the non-canon version of Casino Royale in 1967, while Ursula Andress, who played Honey Rider in 1962’s Dr No, appeared as Vesper Lynd.Credit:UPI

Rouse has even got a few pieces from the non-canon Bond movies: 1967’s Casino Royale, starring David Niven, Peter Sellars and Woody Allen (all as James Bonds) and 1983’s Never Say Never Again, with the returning Connery, even a copy of the 1954 version of Casino Royale made for the live American television program Climax!, with Barry Nelson as CIA agent Jimmy Bond and Peter Lorre as the villain Le Chiffre.

He doesn’t know how much his collection is worth, though he has seen the most prized of his 50 or so posters – an original large-format piece for the French release of Goldfinger – go for more than $20,000 at auction.

He’s pulled out a selection for today’s photo shoot, but generally the toys, games, trinkets and all the rest are in storage. Do you ever play with any of it?

“Someone tried to get me to play the trivia game once,” says Rouse.“But they soon realised it was futile.”

60 Years of Bond is part of the Cunard British Film Festival, running around the country until November 16. Details: britishfilmfestival.com.au