Books That Changed Me: Felicity Volk

Felicity Volk is a Canberra-based writer who also works for DFAT. Her second novel, Desire Lines, is published by Hachette.

It’s more accurate to say these books gently shaped me with their evocation of universal truths. So, Universal truth one: there is magic and mystery in everything if you’re paying attention. In my early forties, with two young children, I returned to writing after a long hiatus. 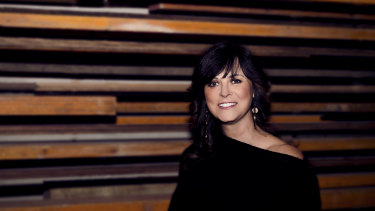 Into my domestic juggle came Open Secrets – marriage, gambles, small-town living. Each short story exemplified Alice Munro’s sublime skill in transforming the ostensibly mundane to miraculous. Each reassured me that my mid-life yearnings were normal and reminded me of lost magic.

Universal truth two: fantastical people and events are actually quite ordinary (if you subscribe to universal truth one). Perhaps as an antidote to sometimes grim reality, I love books that present a fantastical premise and make it seem perfectly plausible. Enter Eucalyptus. A father offers his daughter’s hand to whichever suitor can identify the hundreds of gum species on his property. A mesmerising, whimsical love story that fed my experimentation with magical realism in my novel Lightning.

Universal truth three: whimsy is a wonderful vehicle for profound wisdoms. The Little Prince – it’s the book I read again and again. A French aviator’s 1943 fable about an interstellar prince who offers otherworldly insights into loneliness, friendship, love, loss. I’m not alone in my devotion to this novella – 140 million copies sold. And one stolen: mine is inscribed to my brother – his 1963 christening present. (Sorry bro; possession is nine-10ths of the law.)

The Bible
Universal truth four: however conflicted we may feel about religious texts, they mark us and crystallise … universal truths. Recently, I’ve heard people of all beliefs and atheists alike drawing on religious texts to describe our sorry planet: four horsemen, apocalypse, Egypt’s plagues. Religious imagery runs deep in many of us, often surfacing in artistic expression. I see it in my writing; it triggers the warming memory of my father reading aloud – the Bible, the classics – his mellifluous voice.

Books, Changed, Felicit, Me, That
You may also like:

American Fashion Changed After the Depression, and It's About to Reinvent Itself Again

Maeve Kennedy’s Cause of Death Revealed After Canoeing Accident

My fella’s been sexting another guy but wants to carry on our relationship… can we move on from this? – The Sun

Do you need a personal oximeter to fight coronavirus?

Colorized photos of flapper girls show the glamor of the 1920s