The manuscript had been rejected by more than a dozen publishing houses. Finally, an elderly man who was screening new books for what was then Farrar, Straus & Cudahy read it and liked it.

Too ill to write a full critique, he just scrawled, “Read this.” And then he died, the manuscript beside him on his bed.

“Without those two words, the novel would have never been published,” C. Y. Lee, the manuscript’s author, told The Associated Press in 2002.

The novel was “The Flower Drum Song,” a story of generational and cultural conflict among newly arrived Asians in San Francisco’s Chinatown. It was published in 1957 and became a best seller. It was adapted as a Broadway musical, which received six Tony nominations, and then as a movie, which was nominated for five Academy Awards.

With “The Flower Drum Song,” Mr. Lee, who died on Nov. 8 at 102, became one of the first Asian novelists to find commercial success in the United States.

Mr. Lee’s daughter, Angela Lee, said he died from complications of kidney failure under hospice care at her home in Los Angeles. Word of his death appeared at the time in Chinese-language newspapers; Ms. Lee said the family did not think to reach out to the English-language news media. The Washington Post recently learned of the death and became the first English-language news outlet to report it. 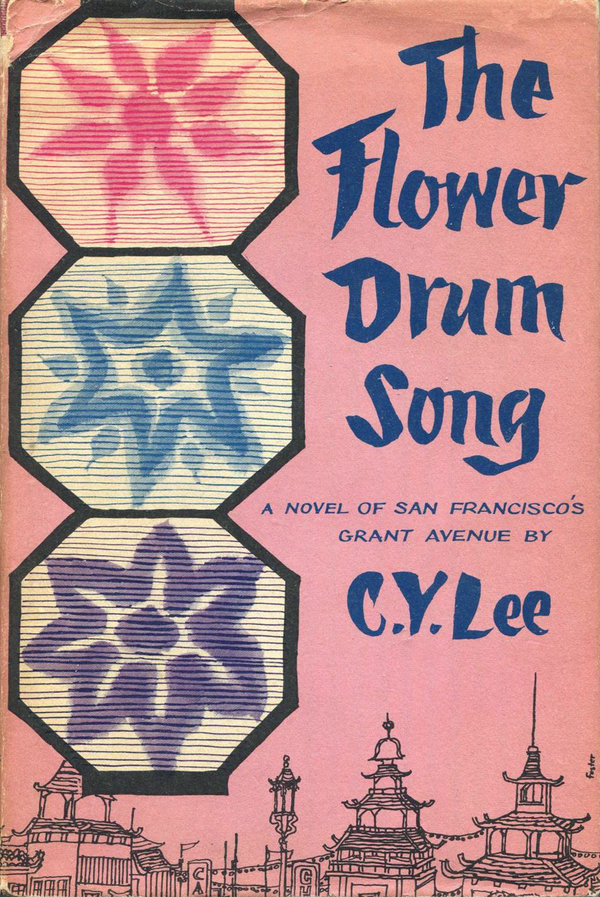 Mr. Lee, who was born in China, wrote other books, including “China Saga” (1987) and “Gate of Rage” (1991), about the 1989 uprising in Tiananmen Square. But none achieved the fame of “The Flower Drum Song,” which Richard Rodgers and Oscar Hammerstein II turned into a musical, directed by Gene Kelly.

The first big Broadway show with Asian-American actors in leading roles, “Flower Drum Song,” as the adaptation was known, ran from 1958 to 1960. The next year it became a movie, with a cast that included Nancy Kwan, Miyoshi Umeki (who also starred in the stage version), Jack Soo and James Shigeta. It was among the first major Hollywood productions with a mostly Asian-American cast.

But for all the commercial success of the play and the movie, and the pride felt by many Asian-Americans at seeing Asian actors, the reviews were mixed. Critics complained that the story line — more nuanced in the novel — was simplistic and dated in the adaptations, and that all three versions perpetuated stereotypes about Chinese immigrants. As time went on, the story was also seen as sexist. And some dismissed the music as second-tier Rodgers, not on a par with “South Pacific” or “The King and I.”

The criticism did not bother Mr. Lee, as he said in an interview published in 2004 for the Society for the Study of the Multi-Ethnic Literature of the United States. He said he had been writing about a particular period, when people were more traditional. And he was happy with changes made for the dramatic versions; his real desire, his daughter said in a telephone interview, was to be successful.

“Dad really liked being popular,” Ms. Lee said. “He wasn’t trying to be a highbrow literary author. He just wanted to reach the widest audience possible.”

The playwright David Henry Hwang, best known for “M. Butterfly,” was a longtime fan of Mr. Lee’s novel and spearheaded a revival of the musical in 2001. He updated the original libretto, written by Mr. Hammerstein and Joseph Fields, and tweaked the characters and the plot. He felt the novel had a bittersweet tone that had been lost in other adaptations.

“C. Y. brought complexity and humanity to Chinese-American characters and stories during a period when American culture portrayed Asians as caricatures: oversexualized women and men to be ridiculed or killed in battle,” Mr. Hwang said in an email.

After opening successfully in Los Angeles, the revival moved to Broadway in 2002, where reviews were mixed. It received three Tony nominations and ran for 169 performances.

Chin Yang Lee was born on Dec. 23, 1915, in Hunan Province, the youngest in a family of eight boys and three girls. Ms. Lee and her brother, Jay, said that his father was essentially a feudal lord.

“The family called our grandfather a ‘philosopher king’ because he never worked,” Jay Lee said. “He walked around the property writing poetry and contemplating nature.” The family was well off until the Communist revolution in 1949, when they lost everything.

C. Y. Lee, who had enrolled at Shandong University in Jinan, was often on the run from military clashes that took place during the second Sino-Japanese War of 1937-45. He graduated from National Southwestern Associated University, in Kunming, in 1942.

He worked for a time as a secretary for a maharajah on the border between China and Burma, now Myanmar. He said in the interview published in 2004 that this was the best year of his life. In China, he said, “I was a refugee all the time,” escaping bombing, war, bandits and famine, but on the border, “life was so relaxed, the countryside so beautiful.”

A memorial to those who lost their lives in 2018

In that job, he translated letters, but he mainly entertained the maharajah’s bored young wife by playing badminton with her.

Mr. Lee came to New York in 1943 after fleeing the Japanese on the Burma Road on foot, with a pen and a typewriter, his children said.

He enrolled at Columbia University and studied literature but had a hard time because of the language barrier. He transferred to the Yale School of Drama, where he felt liberated when a professor told him not to worry about using proper English and to focus on telling his story.

His final project at Yale, from which he graduated in 1947 with a master of fine arts degree, was a play about working with the maharajah. It became a series of short stories for The New Yorker, then a book called “The Sawbwa and His Secretary: My Burmese Reminiscences” (1959).

Later, while living in California, he met Joyce Lackey, an American, at a writer’s group that also included Ray Bradbury. Ms. Lackey and Mr. Lee married in 1963; she died in 1997. Mr. Lee’s son and daughter are his only survivors.

Mr. Lee struggled as a writer for many years in San Francisco, working for Chinese-language newspapers and barely making a living when he began “The Flower Drum Song.”

When no one would publish it, his agent suggested he try another profession. And, as the often-recounted story has it, his career as a writer might have ended then, if not for the unnamed man who read the manuscript on his death bed.

Inside the British Royal Family: 5 Photographs From Their 1969 Documentary