Caitlyn Jenner isn’t tolerating Joe Rogan’s comments about her and her family. The podcast host recently rehashed old remarks he made about the Kardashian-Jenners, drawing a strong response from the Olympian. Jenner condemned Rogan in a new interview and questioned whether he would say such things if he was sitting in front of her. 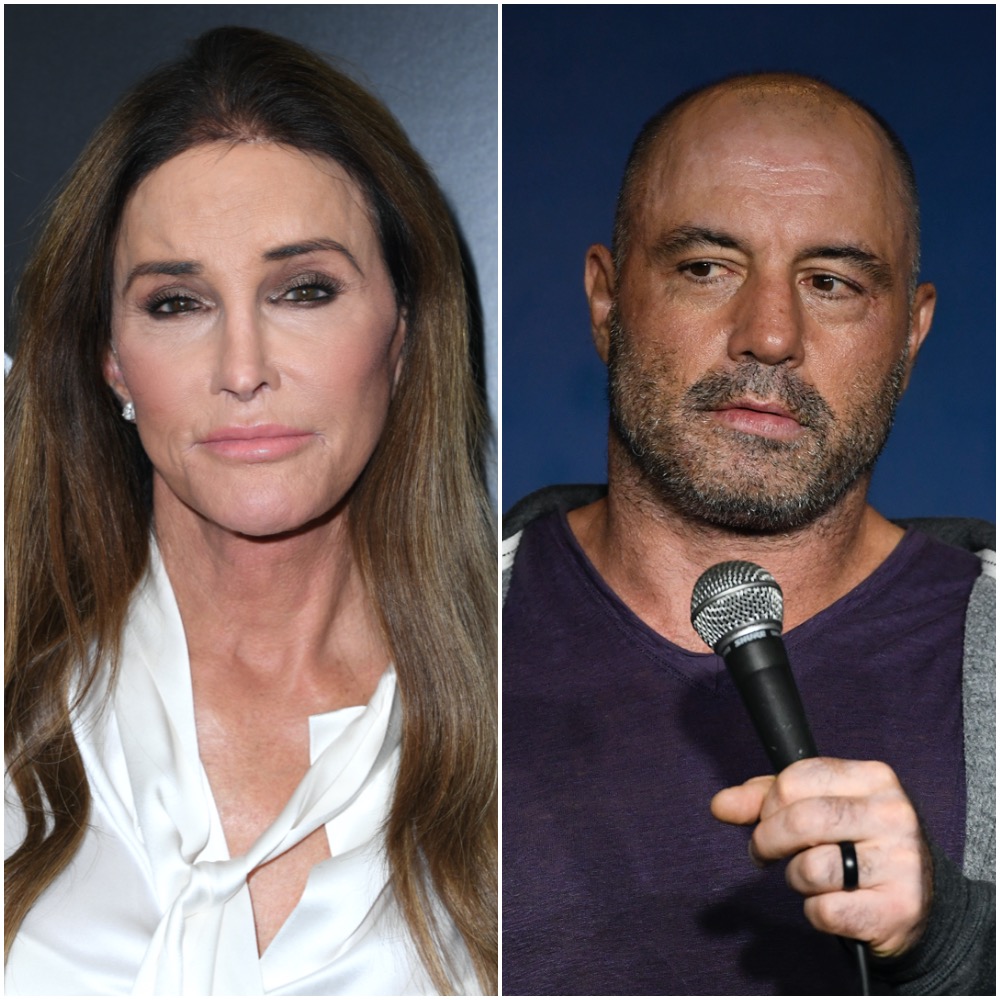 On the Sept. 11 episode of his podcast, The Joe Rogan Experience, Rogan mentioned a comedy bit in his 2016 Netflix special Triggered, where he joked that Jenner transitioned because of the Kardashian-Jenners, whom he referred to as “crazy b*tches.”

“When I wanted to make a joke about Caitlyn Jenner, the first thing I talked about was how living with all women — I have three daughters and my wife — and the way I described [that] was it’s like if my manhood was a mountain of marbles, every day they take two,” he explained around the 12:00 mark. “Like, you have so many marbles. God. It’s every day, they snatch a marble, snatch a marble.”

“And my whole bit was … I wanted to get to people [that] are saying [she] was born a woman [and she] has always been a woman. I was like, ‘Maybe. Or maybe if you live with crazy b*tches long enough, they f*cking turn you into one. Maybe you go crazy.’ Maybe that, too,” Rogan continued.

Over the course of the conversation, he repeatedly misgendered Jenner and called her by the name she used before transitioning in 2015. However, he claimed he was not “dehumanizing trans people” and was instead asking what he feels is a legit question.

The original photo before the satanic filters. The devil is real, ya’ll.

Jenner criticized Rogan for his “hurtful” comments about her, her family, and the LGBTQ community in a TMZ interview published on Sept. 16.

“[Joe is] a homophobic, transphobic a**. He calls my family, especially the girls, crazy b*tches and he does this all the time,” Jenner continued, before shading Rogan for being less successful than the Kardashian-Jenner sisters.

“Let’s get real here. My daughters have obviously done extremely well. They’re more famous. They have more money than he has. They have just about everything more than he has,” Jenner continued. “He’s gotten his fame by putting other people down and making jokes about it.”

As far as Rogan’s claim that they caused her transition, Jenner clarified that she has been gender dysphoric her “whole life” but waited until her children were older to come forward about it.

“Being gender dysphoric or trans is not a joke … and I feel like Joe Rogan has a lot to learn,” she continued, noting she would be open to having a conversation on his show, though she wondered if he would make such comments face-to-face.

Fun weekend with Kendall letting the dogs run on the beach – they loved it!

Rogan has not yet addressed her remarks. But Insider notes that he has a “long history of demonizing and dehumanizing” the trans community. The outlet points to an incident in July where he reportedly described transitions as a “social contagion” and claimed there was an “agenda” to make more people transition. The remarks sparked outrage on social media.

Dave Brubeck’s Connecticut Home Lists to the Tune of $2.75 Million