In fact, Coca-Cola and Pepsi prices have risen by as much as 9 per cent since January. 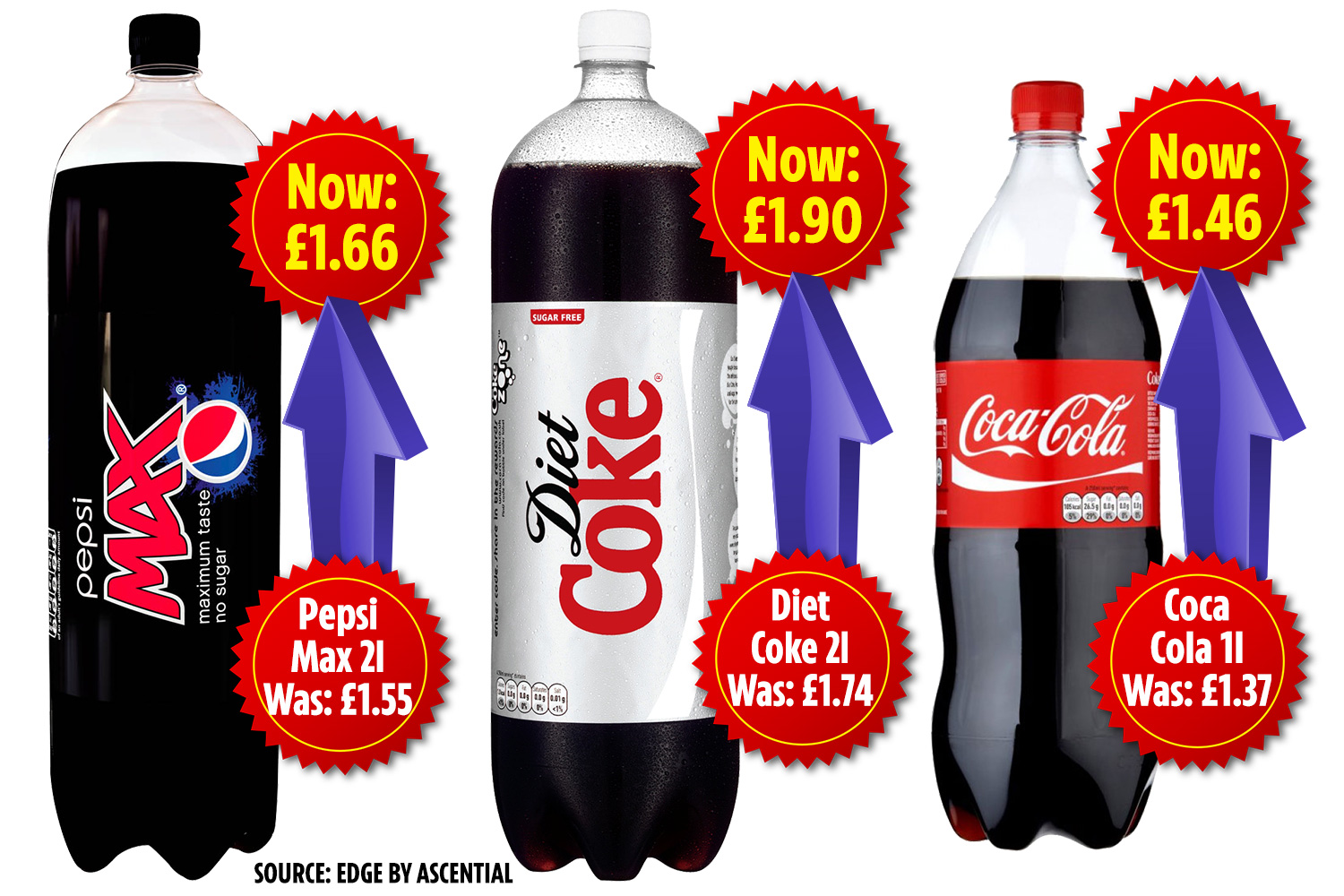 Two-litre bottles have seen the biggest increase in price, according to data analyst Edge by Ascential, which worked with The Grocer to calculate average hikes across the major supermarkets.

The pair found that two-litre bottles of Diet Coke and Coke Zero have increased by 16p from £1.74 to £1.90 in the past couple of months.

Supermarket prices for two-litre bottles of rival Diet Pepsi and Pepsi Max have also risen by 11p from £1.55 to £1.66.

The average supermarket price for a 1-litre bottle of regular Coca-Cola has increased 9p from £1.37 to £1.46 since the start of the year.

Here's how to cut the cost of your grocery shop

PepsiCo was not available to comment when contacted by The Sun, while a spokesperson for Coca-Cola European Partners (CCEP) says it is up to its supermarkets to set their prices.

A spokesperson for CCEP told the Sun: "Retail pricing is at the discretion of our customers. We do not comment on these decisions."

In October last year, PepsicCo warned that prices for its soft drinks would have to increase due to higher transportation and aluminium costs.

Last month, CCEP also pointed to "the rising cost" of polyethylene terephthalate (PET) – which is used to make plastic bottles – as well as the increasing cost of aluminium used for cans.

Packets of crisps from Walkers, Hula Hoops and own-brand snacks from Tesco and Asda have also shrunk or shot up in price following the potato shortage last year.

While chocolate giant Cadbury has shrunk several Easter eggs this year – without slashing the prices.

In December, it was revealed that Quality Street, Celebrations and Roses tins have shrunk again with the treats now 40 per cent smaller than 10 years ago.

And, Coca-Cola, Pepsi, prices, soa
You may also like: