There's a word that might capture how Craig Silvey feels on the eve of the publication of his first novel in 11 years: more. Compared to the release of his breakthrough bestseller Jasper Jones, there's more pressure, more expectation and more to lose. There's also, perhaps, more to consider.

Silvey's Honeybee is the story of Sam Watson, 14, an avid cook, a watcher of RuPaul's Drag Race, a perceptive, kind and sensitive soul. One night, Sam searches online: can a girl be born as a boy? "Everything made sense and nothing made sense at the same time," Sam tells us. 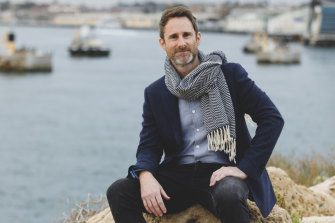 Sam is transgender and Honeybee, out on Tuesday, tells of the character's realisation that her gender identity does not align with the one she was assigned at birth due to her biological sex.

The novel is heartbreaking but also heart-warming in the way of Silvey's 2009 novel Jasper Jones, which is now a classic of the Australia canon and has sold more than than 800,000 copies around the world and been adapted into a successful film and play.

But Honeybee won't be able to escape the ongoing discussions about identity politics and, more specifically, about the ethics of writing about experiences that are not your own. Particularly when those experiences belong to marginalised communities who have been historically silenced when it comes to their representation.

Silvey is outspoken about the need for visibility and diversity in literature but says when stories don't emerge from an author's experience they should be judged on intention, process and execution.

"I am a novelist so it is inevitable that I am going to encounter characters and narrative elements that don't emerge from my lived experience. I don't believe that this in itself is an essentially unethical proposition," the Fremantle author says.

"I think I should be subject to an intensity of scrutiny given that Sam's experience is not my own. It's up to me to reassure readers of my credentials as an ally and that I've approached this story with sensitivity, respect and above all consultation." 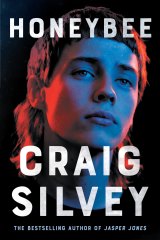 Craig Silvey’s Honeybee is narrated from the perspective of 14-year-old Sam Watson.

Silvey says he read countless testimonies, perused internet forums, watched video confessionals, interviewed gender diverse people, and worked with trans and gender non-binary support groups. He says he would not have written the novel without such research – and he would not have proceeded without the blessing of trans and non-binary people.

"Beyond writing a meaningful, moving and compelling story, it's my sincere hope that in telling Sam's story I might offer readers an emotional context in which to understand and empathise with the challenges faced by young gender diverse people in Australia," he said. "Further to that, it is ultimately my hope that young trans and non-binary people can read Honeybee and feel represented and visible and respected and loved and galvanised."

While early reviews celebrate the novel's empathy, compassion and sensitivity, they have also expressed some discomfort about the representation of Silvey's young protagonist. This masthead's reviewer Liam Pieper said the novel was a “romanticised tale of survival” and that it at times employed "tropes that activists have long fought against". In The Guardian, Fiona Wright wrote that the treatment of Sam's gender identity as a "reveal" felt "othering, or almost exploitative" and that the character's "transness sometimes feels like just one more trauma without which the book would have worked equally well."

Silvey is comfortable with the heightened attention his novel will attract. The story was inspired by a real life event – which is re-imagined in the opening pages of the novel – where Silvey's brother and sister-in-law encountered a distressed transgender teen standing on the other side of a bridge railing.

"I think it is good that authors are held accountable, that there are expectations and pressures placed on writers to be accountable. I firmly believe there should be added scrutiny on me and on my processes and on my intentions and ultimately on the story that is written," Silvey says.

His publisher at Allen & Unwin, Jane Palfreyman, says she has been moved by the responses of young transgender people to the novel but acknowledged that some would contest Silvey's right to create Sam.

"We are prepared, Craig is prepared. We feel we have done everything we can to be as respectful as possible and I stand by that.

"I think it is a beautiful book and I think Craig has a real gift for empathy and making a reader feel part of someone's life and feelings … that is the great power that writers have."

Craig Silvey's Honeybee is published by Allen & Unwin on September 29.

bo, CRAIG, is, New, novel, Silvey's
You may also like:

Prince Charles Loves To Read 'Harry Potter' To His Grandchildren