Follow
Home » Lifestyle » Could this cure you’re hangover? The one food you should eat

Could this cure you’re hangover? The one food you should eat

Could EGGS cure your next hangover? How a simple breakfast can help mop up nasty toxins after a big night out

We all know that Australians like to have a good time, but the downside of that can be dealing with a hangover the next day.

People are often on the hunt for the perfect cure – and the solution could have been right under our noses all along.

There are countless old wives tales and tactics shared by friends but when it comes to ridding our bodies of a hangover, it’s the amino acids found in some foods, including eggs, that play a vital role. 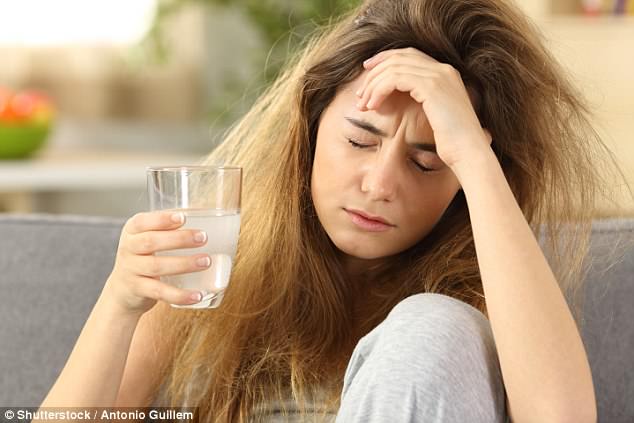 We all know that Australians like to have a good time, but the down side of that can be dealing with a hangover the next day

‘When we drink, alcohol is metabolised and a toxic product termed acetaldehyde is generated,’ Australian Eggs told FEMAIL.

‘Acetaldehyde accumulation is understood to be the main culprit behind the physical malaise widely known as the “hangover”.

‘Some amino acids, including cysteine, help produce an antioxidant called glutathione, which assists in breaking down the acetaldehyde, which helps reduce its effects on our bodies.’

Eating eggs the morning after provides energy like any other food but they also contain large amounts of cysteine, which helps mop up leftover toxins. 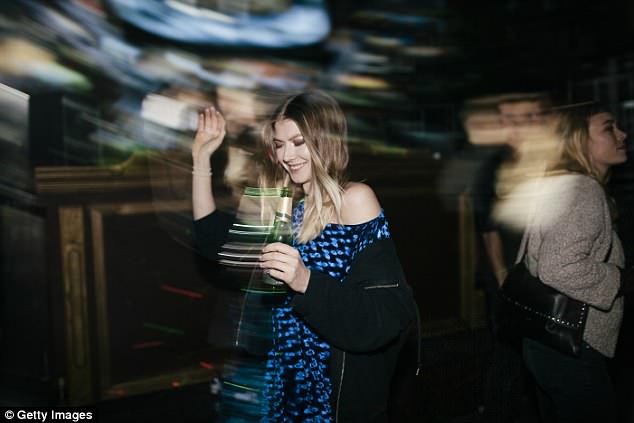 Two large eggs contain 324mg of cysteine, which covers more than the WHO recommendtion of amino acids.

They suggest 4.1mg per kg of body weight, which equals 287mg for the average 70 kilo adult.

People have been eating eggs for centuries, so it’s no secret that they’re filled to the brim with essential nutrients.

‘They’re packed with protein, vitamins A, E and B12, omega-3 fatty acids, choline and iron, and they’re also a great source of amino acids,’ they said.

Reaching for an egg means you don’t have to spend the big bucks on food labelled as a miraculous cure. 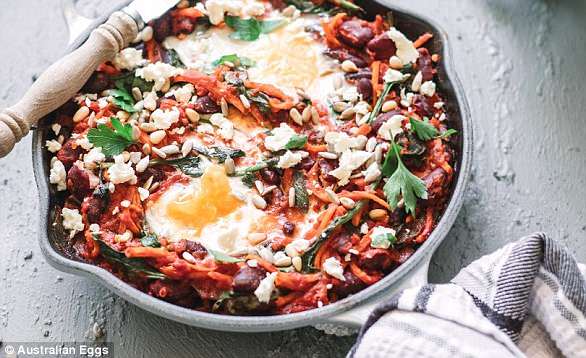 Salt and pepper to taste

1. Place sweet potato and capsicum in a non-stick fry pan and sauté for 3 to 4 minutes until beginning to soften and add tomatoes, beans, paprika, and cayenne.

2. Simmer for 10 minutes stirring occasionally. Add spinach and combine well. The spinach will wilt as your eggs cook in the next step.

3. Make a well in the tomato mixture for each egg you’d like to cook. Crack eggs into wells and cover, cook on a low heat for 10-12 minutes until whites are just set.

4 Sprinkle feta and seeds and nuts over, season if you like, then serve!