Last week, I received a phone call from a married man I met recently at a party. Now if, like me, you are a single woman, you'll probably know what comes next. Yes, he asked me out on a date. Well, I hope there was some sort of meal/drink/movie aspect to the invitation – he didn't make that part clear. What was blatantly obvious was how he wanted our meeting to end, and that was in my bed.

The reason he was asking me, he told me, was that he thinks I am "going to waste" being single. Hence, he was stepping in to save me from what he assumes is my lonely, celibate, life with a bit of no-strings action – a public service of sorts. 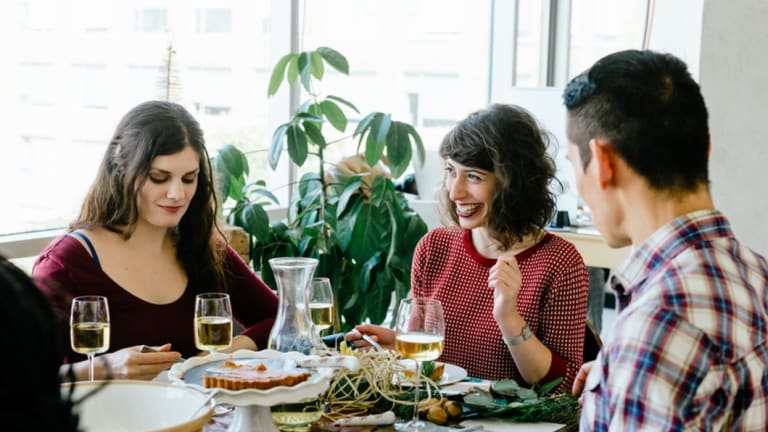 We single women are seen as potential bunny boilers, while men are some sort of exotic fish we must catch.Credit:Stocksy

I told this man as respectfully as I could that I found his assumption ignorant and insulting and suggested he show more respect to the mother of his children, the woman he married and made a vow of fidelity to. I was not, as he seemed to believe, lacking in anything because I was single – other than having a drop-kick of a partner like him.

Yet, I am acutely aware that my virulent reaction was not entirely this bloke's fault. Over the past few years I have been approached by too many married men looking at me as easy prey. This one was a last straw.

Talking to my romantically unattached girlfriends, I realised my annoyance at the belief that being single means I am up for anything, or anyone, is something shared; that the assumptions around unattached women differ from those around men.

And this is just plain wrong.

So, in the interest of women like me who are not in committed relationships I'd like to dispel a few myths about our lives, needs and wants – not just to men who jump to assumptions, but also coupled women who tend to also see us as lacking in life rather than lapping it up.

1. We are not desperate for male attention. What we are particular about is the men we spend our time with. We just haven't found anyone worthy of compromise – our lives are too rich to consider "settling".

2. We are not sex-starved. Yes, we are likely to go through dry patches but, generally, if we singles want sex, we can find it (and without betraying our sisters in the process). You don't have to be a statistician to know that married couples are the most likely to experience long term sex droughts.

3. We are not lonely. Well, actually, that's not true – I believe no one, married or single, is immune to this aspect of the human experience. But the reality is that most people who live alone or do not have partners do so out of choice. In fact, within 30 years, single-occupant households will overtake those comprising couples and families in Australia, which reflects trends in other Western countries. In other words, being on our own today is a choice, not just a sad circumstance.

4. Ladies, we are not out to steal your men. Honest! My girlfriends and I are tired of the death stares we receive for simply talking to a man at a social event, often resulting in his partner asking to be introduced. I want to tell these women "I am only being polite" and "give me some credit" (or, more likely, "you can have him"). What I should say, however, is that such acts of possessiveness say more about their insecurity in that relationship than our potential threat to it.

Just as we who choose to remain uncoupled may not have the perceived security of a long-term partner, we do have independence, spontaneity and the delicious anticipation of what's around the corner to compensate.

So please, don't pity us for our lives and we won't pity you for yours. Mutual respect is the answer. You hearing that, married men?

This article appears in Sunday Life magazine within the Sun-Herald and the Sunday Age on sale October 21.

Dear, married, Men, Please, take
You may also like:

This Is Martha Stewart’s ‘Fun and Festive’ Easter Tradition

Nina Dobrev & Shaun White: The Truth About Their Relationship After They’re Spotted Hanging Out