Follow
Home » Lifestyle » Deborah James, 38, said she thought she would not make it to 40

Deborah James, 38, said she thought she would not make it to 40

She is currently free of cancer, as radical treatments keep tumour markers at bay, but BBC podcast presenter Deborah James said she is still struggling to picture herself turning 40.

The BBC podcaster, known as Bowel Babe, told the Sunday Express she couldn’t imagine celebrating the milestone birthday in October next year after she was told she would never reach it after being diagnosed with stage four bowel cancer in 2016.

Deborah, who recently lost her close friend Kelly Smith, 31, after her cancer treatment was halted due to covid-19, said she was ‘terrified’ the pandemic might mean she loses more friends.

The host of the Radio 5 Live You, Me & the Big C podcast has been speaking out about delayed treatment and late diagnosis, pleading with the government to address the mounting cancer care crisis.

Discussing her own journey with the disease, including the prospect of her 40th birthday in October next year, Deborah admitted she had a hard time seeing herself celebrating. 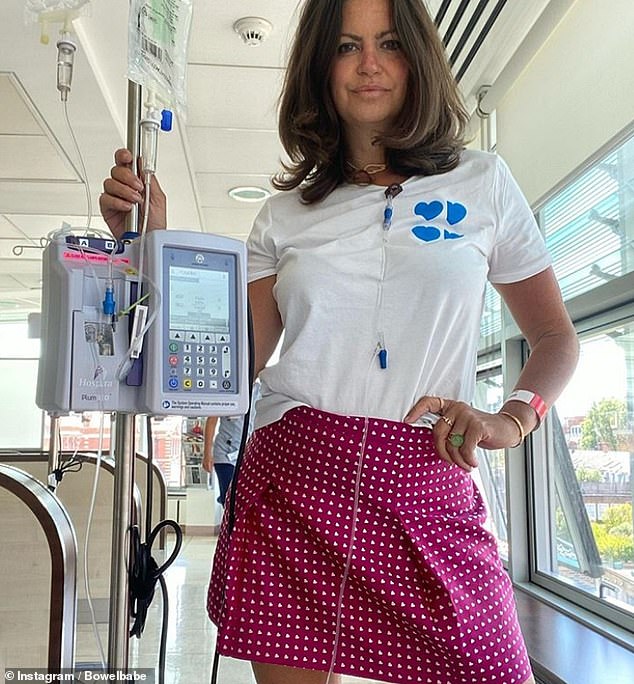 BBC podcaster Deborah James, 38, known as Bowel Babe, said she could not imagine celebrating her 40th birthday next year

Her birthday will fall on the same weekend as the London Marathon, which has been postpone this year due to covid.

‘I can’t really think about running the marathon because not only is it on my birthday weekend, it is that I have never pictured myself at 40 because I was told I wouldn’t make my 40th birthday,’ Deborah said.

She told the newspaper that she did not want to allow herself to think about the future and wanted to live life one day at a time.

Deborah, who was diagnosed four years ago, soberly noted that fewer than 80 per cent of people living with bowel cancer make it that far after their diagnosis. 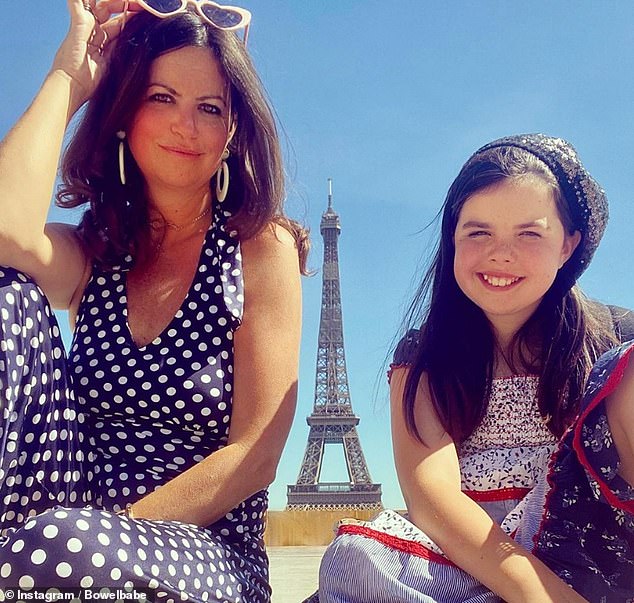 The campaigner, who is currently enjoying the summer holidays with her family, said she preferred to take life one day at a time (pictured in Paris with her daughter Eloise, ten)

She added that there were even fewer people living with aggressive cancer mutations like hers – which is called BRAf – making it.

‘I wouldn’t say I am pessimistic but I am realistic because I live in a dark world,’ she said.

Deborah, who is mother to Hugo, 12, and Eloise, ten, considered halting her cancer treatment during lockdown but resumed it after a few missed sessions due to a health scare.

She explained at the time that her cancer tumour markers had gone up quickly after she’d missed some sessions, which prompted her to resume treatment. 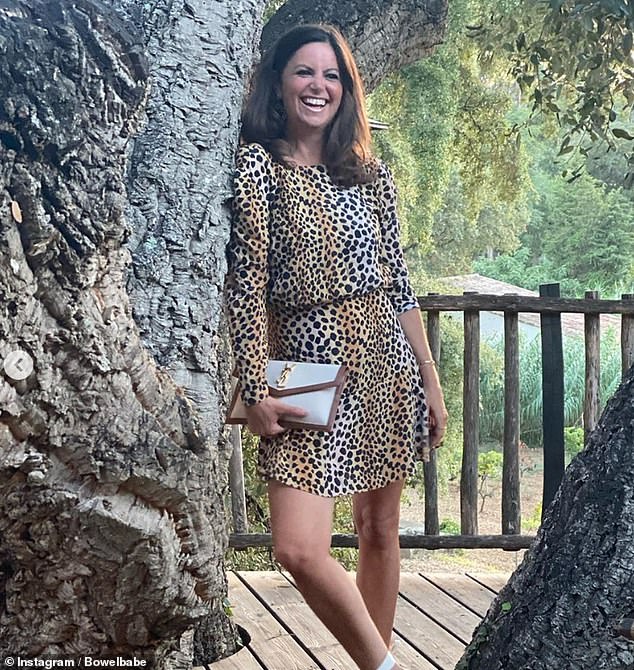 The presenter and campaigner said she was not being ;pessimistic,’ but rather ‘realistic’ about her condition 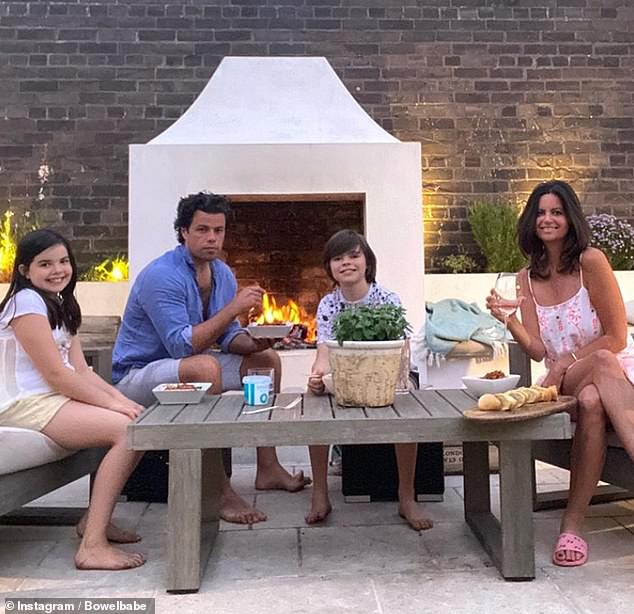 Deborah shared her son Jugo, 12 and daughter Eloise with her husband of 12 years  Sebastien (pictured during lockdown)

One of her friends whose treatment was halted did not make it, the podcaster revealed in July.

Kelly Smith, a 31-year-old mother-of-one from Macclesfield, Cheshire, had restarted chemotherapy shortly before lockdown after discovering the cancer had spread from her bowel to her small intestine, her pancreas, lymph nodes, liver, spine, stomach and brain.

While the cancelled treatment would not have cured Kelly’s condition, it likely would have given her ‘precious’ time with her family, Deborah wrote in an article for the Sun at the time. 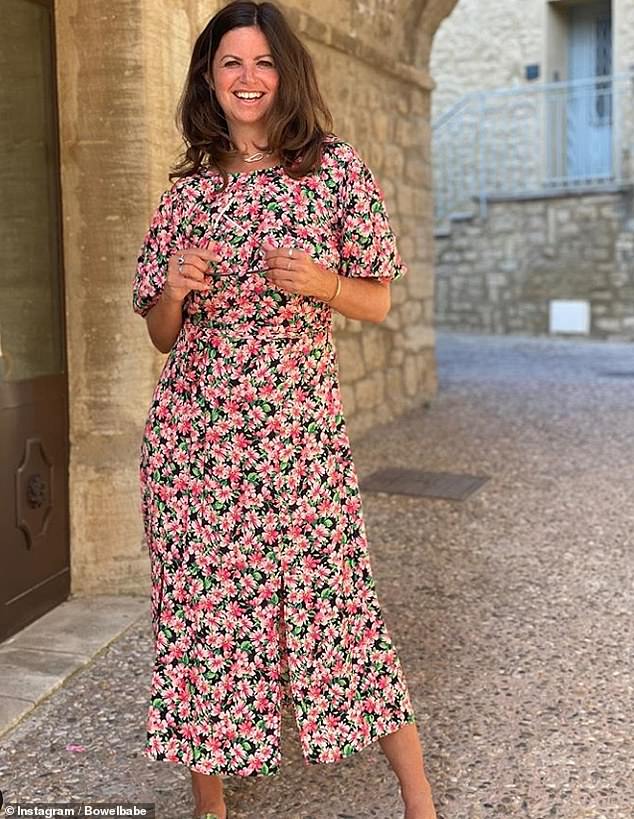 Deborah, pictured during her family holiday, said the government need to make sure people with cancer received the treatment and help they needed 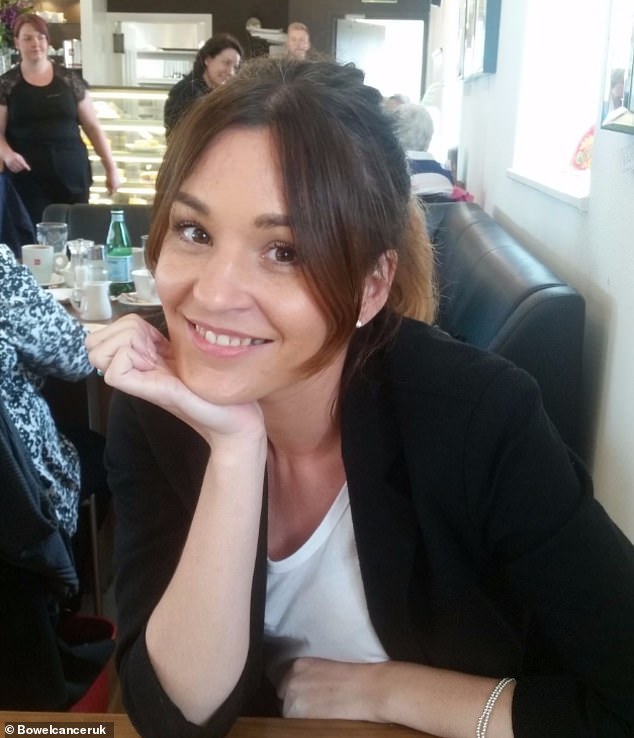 Deborah lost her friend Kelly Smith, 31, during lockdown after her cancer progressed due to halting treatment because of covid

The campaigner said she was afraid others would suffer the same fate, due to many people avoiding check up, renouncing cancer treatment and postponing getting symptoms checked to the coronavirus.

‘The Government needs to set out a plan showing exactly how they will flatten the cancer curve,’ she said.

For the campaigner, while the seriousness of a covid second wave could not be downplayed, authorities should also find a solution to make sure people with cancer received the treatment they needed.

She said taking people off treatment could with the difference between their cancer being curable or incurable, and added it would end up costing the NHS more money.

Please Explain podcast: What now for Victoria after recording 0 new cases of coronavirus?

These 10 SHANY makeup palettes and tools are now on sale