Perfect attire for a trip to Barnard Castle! Hilarious £40 Dominic Cummings leggings and a mini skirt emblazoned with the Number 10 aide’s face go on sale online

Whether you’re looking for some comfortable working from home attire, or want an eye catching outfit to wear to the pubs now they’ve reopened, a new set of Dominic Cummings emblazoned attire will certainly turn heads.

A hilarious pair leggings featuring the blown-up face of Dominic Cummings are now on sale for £40 a pop from the online retailer Red Bubble.

And there are several versions fans or foes of the Prime Minister’s chief advisor can choose from, with many poking fun at his lockdown antics.

The bespectacled aide hit the headlines for visiting Durham and Barnard Castle with his family during lockdown in April, amid suggestions he’d broken lockdown rules. 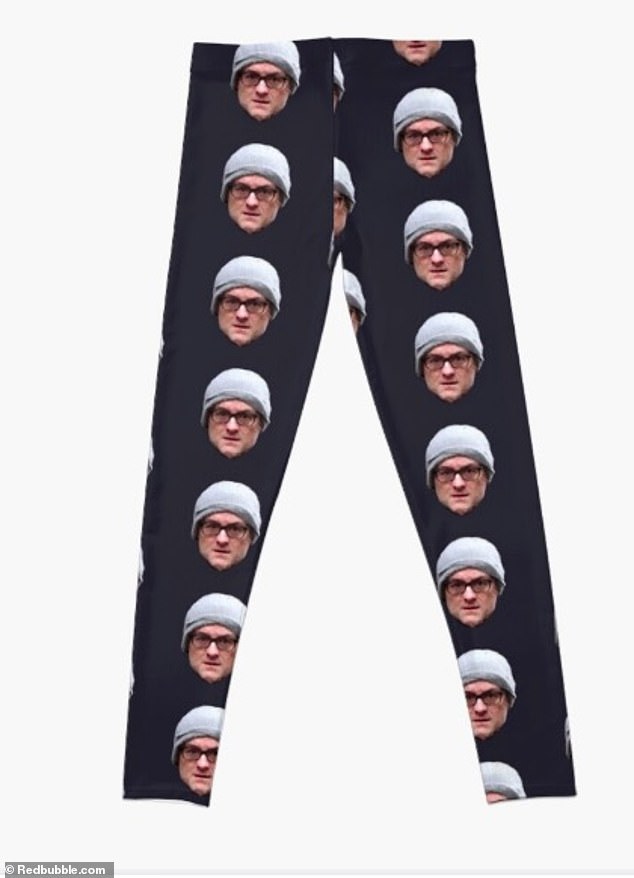 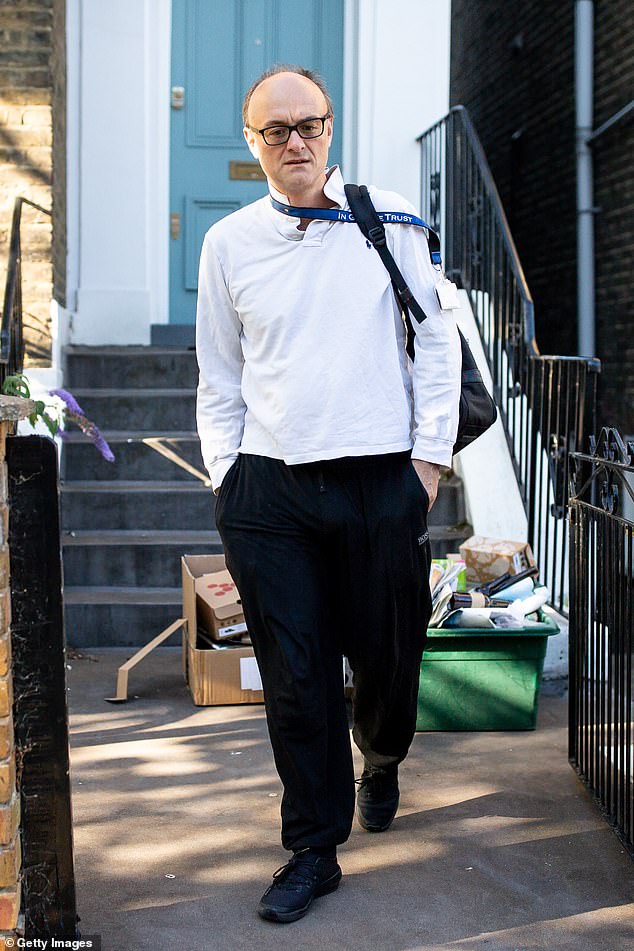 The Number 10 aid was caught travelling from London to Durham and back at the height of lockdown in April.  He also took his family on a trip to Barnard Castle, which he claims was intended to ‘test his eyesight’ (pictured on July 21 in London)

He defended the trip to Barnard Castle by saying he had driven there to test his eyesight before returning to work after being ill with coronavirus.

While some items of clothing refers to Cummings’ infamous trip, others are simply adorned with the aide’s face.

In one, his face is spread across two legs and can be seen gazing out whilst wearing his trademark black-rimmed glasses.

In another, multiple snaps of his head wearing his favourite grey beanie are dotted all over the tight leg wear. 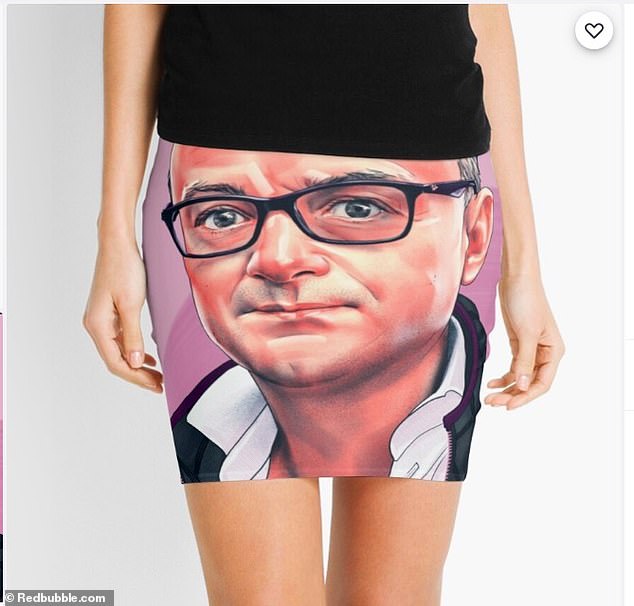 Yet another shows his face in multiple colours in a trippy pattern.

Several make a jab at the aide breaking his own lockdown rules, when he was caught going on family trips to Durham as well as Barnard Castle.

There are a few versions of the legwear, which are called ‘Dominic Cummings Tour Leggings.’ 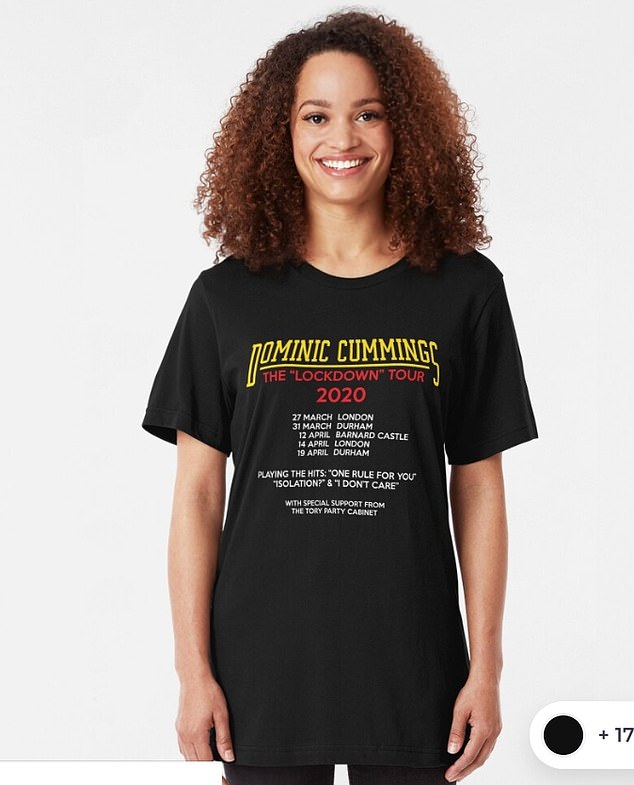 One of the t-shirts on sale on Red Bubble reads ‘Dominic Cummings: The Lockdown Tour 2020’ 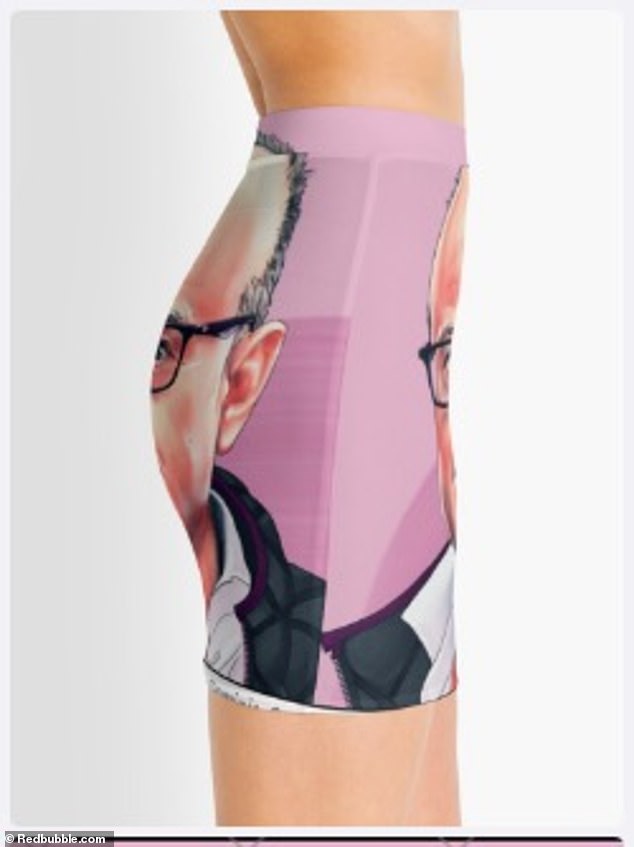 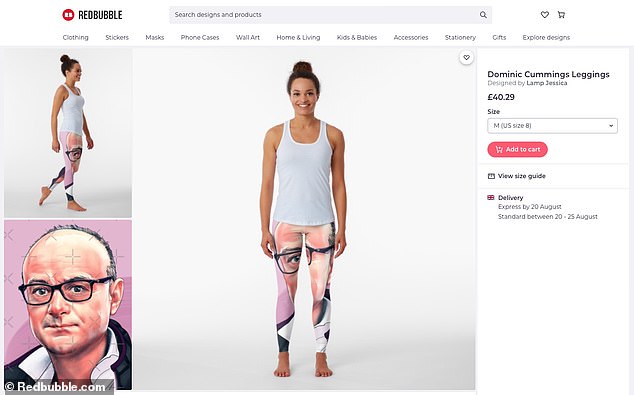 The leggins, which retail for £40.29, are perfect for any sort of activities, including weekend getaways

The leggins come in different patterns. This pair, priced at £39.21, shows the aid wearing his trusted grey beanie

Fans and foes of the beanie-wearing political aid can also buy this mini skirt, in black, which only cost £26.29

Elsewhere a t-shirt has been mocked up in with the Dominic Cummings Lockdown Tour 2020 dates, featuring his excursion from London to Durham and Barnard castle and back again

There is even a mini skirt with Cummings’ face stretched across the model’s derriere for £26. 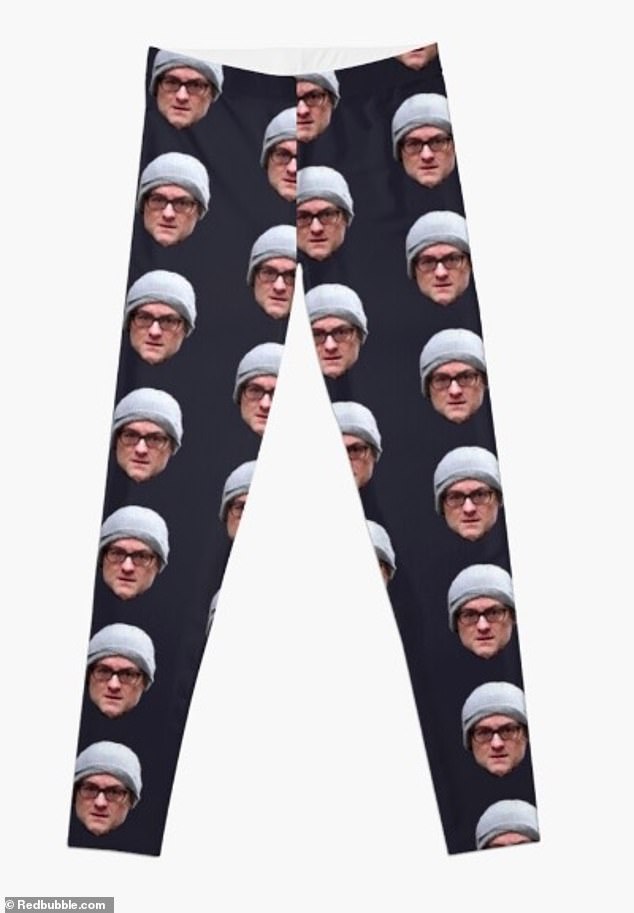 A closer look at the Dominic Cummings’ leggings, which are proving a hit online, with many buying as many as four pairs at a time

At the time, he said he had made the four-and-a-half hour car journey to his mum and dad’s for childcare needs.

All the leggings have rave reviews and some even took it upon themselves to buy four pairs.

One described them as: ‘Comfortable and sexy.’ 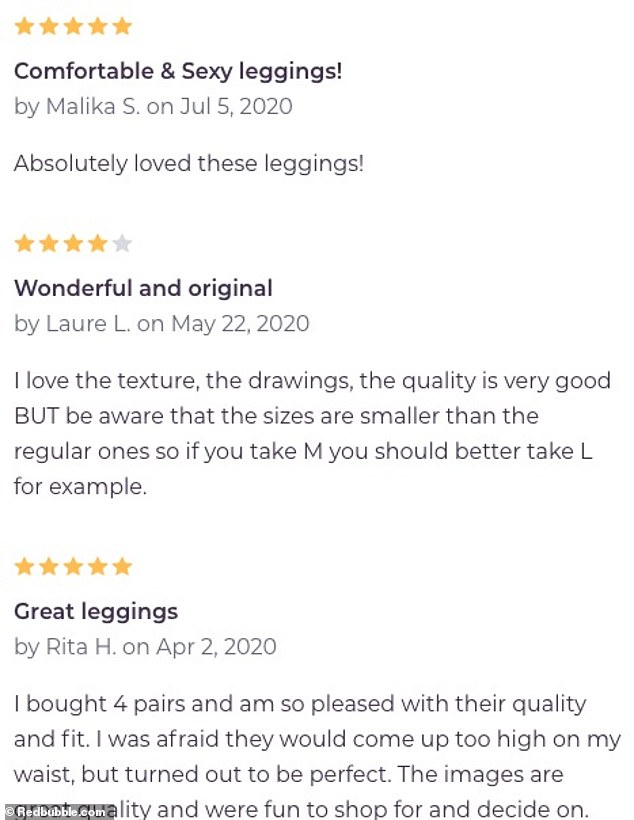 The leggings and skirts are proving popular. One ‘fan’ said the items were ‘f****** spectacular’ have they’ve emerged online

Cummings, DOMINIC, leggings, t, to
You may also like:

Working from home: Should I work from home? Your rights and the rules explained