Ellen DeGeneres Apologizes to Jenna Dewan After Calling Her a Tatum 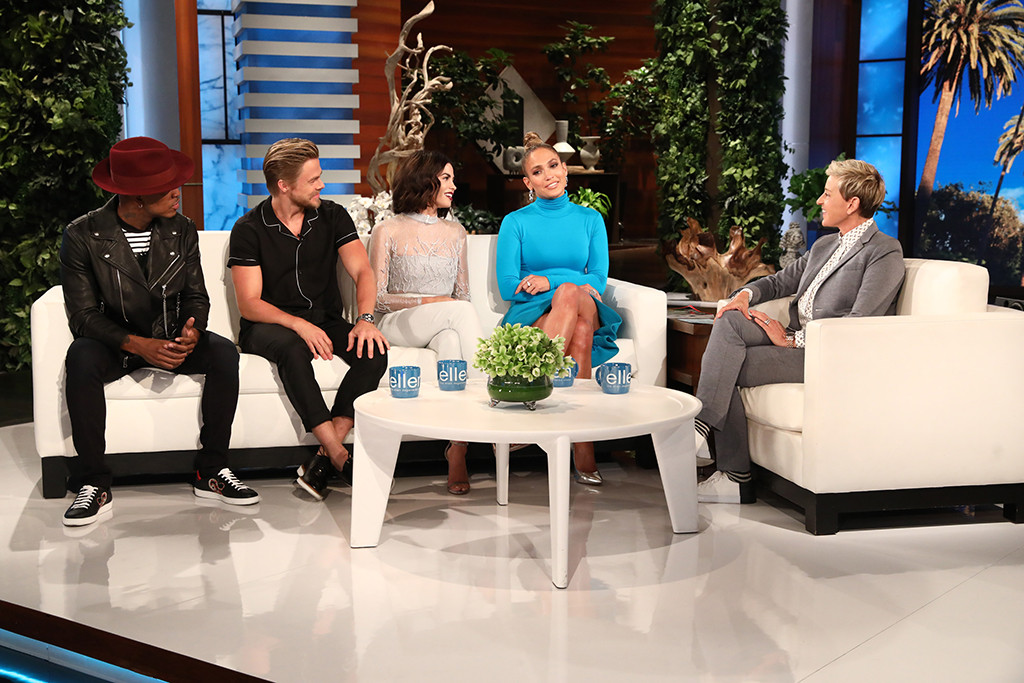 Ellen DeGeneres made an embarrassing mistake on Wednesday when she accidentally called Jenna Dewan by her former last name.

The mistake took place on Wednesday’s episode of The Ellen DeGeneres Show. After interviewing Jennifer Lopez, DeGeneres brought her fellow World of Dance judges on stage. Upon introducing the Step Up star, DeGeneres accidentally called her Jenna Dewan-Tatum. DeGeneres later apologized to Dewan for using the last name of her ex Channing Tatum.

“I’m so sorry. I introduced you, and it was just such a habit,” DeGeneres said. “And I have to say, the way that you and Channing are handling everything is beautiful and for your daughter and the statements have been great. And I apologize. I just have known both of you for so long, and I’m so used to saying [it].”

Dewan seemed to understand DeGeneres’ blunder. She also thanked her fans for their support since the split.

“I know, I know. Honestly, thank you and everybody for all the love and support,” she said, holding Lopez’s hand. “It’s truly, like, it’s so moving. So, thank you. It’s all love.”

Tatum and Dewan announced their separation on April 2 via a statement. They had been married for eight years.

“We have lovingly chosen to separate as a couple,” part of the statement read. “We fell deeply in love so many years ago and have had a magical journey together. Absolutely nothing has changed about how we love one another, but love is a beautiful adventure that is taking us on different paths for now. There are no secrets nor salacious events at the root of our decision—just two best-friends realizing it’s time to take some space and help each other live the most joyous, fulfilled lives as possible.”

The two share a 4-year-old daughter, Everly Tatum. Dewan shared a funny story about the little one during Wednesday’s episode

“Derek [Hough] and I were rehearsing and she wanted to be the judge. We literally gave her a piece of paper and we did our performances. And she was like, ‘Um, six. You got a six, but I got an eight,” Dewan jokingly said to Hough. “I was like ‘I’m still winning.’ But she was a tough judge.”