Follow
Home » Lifestyle » Emmy predictions: What will, and what should, win at the 2022 awards?

Emmy predictions: What will, and what should, win at the 2022 awards?

We can all agree that the best part of any awards show is the bit that comes before the actual ceremony: the wild predictions. It provides a platform for annoying writers on the internet (like me) to use the one perk of their work (watching loads of television) to blast semi-informed opinions onto an unsuspecting public.

This year’s Emmy Awards represents a challenging prospect for professional “I told you so” predictors, with several categories expanding the number of nominees. At the same time, high-profile shows like Succession face stiff competition from much-loved series departing our screens like Better Call Saul, and South Korea’s all-conquering Squid Game.

But will that stop me from laying my reputation on the line? Absolutely not. Here we go.

Should win: Better Call Saul has a soul-crushing zero Emmys from a whopping 39 past nominations, including a nomination in this category every year since it began. The final season was worthy of 39 Emmys, at least, so a win here would be deserved.

Will win: Succession was pipped by The Crown last year, but the Roy family doesn’t take losing well; I fully expect the HBO drama to return to its rightful place. 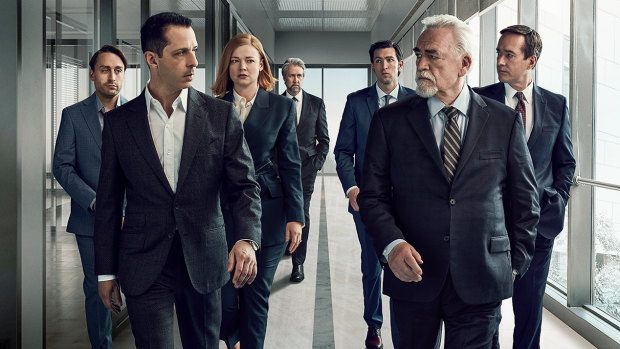 Succession is the hot tip to win Outstanding Drama series at the 74th Primetime Emmy awards.Credit:HBO/Foxtel

Should win: Only Murders In The Building upped the ante in season two, and Selena Gomez was robbed not to join Steve Martin and Martin Short on the Emmy nominees list.

Will win: Ted Lasso should go back-to-back with the Jason Sudeikis-led comedy having all the proper ingredients to entice Emmy voters; charming, heartfelt, not-too-edgy. 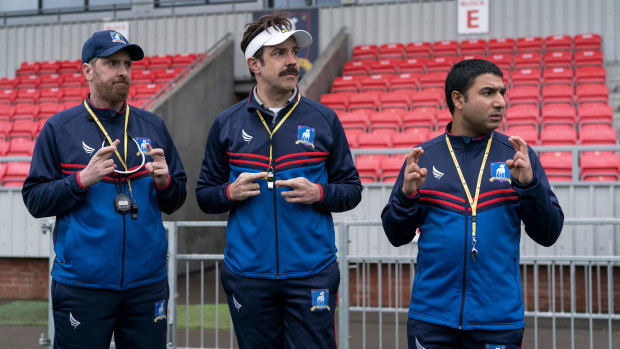 Ted Lasso is one of Apple TV+ most popular original series and was triumphant in this Emmy category last year.Credit:Apple TV+

Should win: The White Lotus

Will win: The White Lotus.

Every show in this category was based on a story (or podcast, or article, or real-life couple) that already existed, bar The White Lotus. For that reason alone, it deserves to take out Outstanding Comedy Series. But see also: Jennifer Coolidge.

Lead actress in a drama series

Many nominees in the slot feel like nods to shows that were once Emmy favourites (Comer and Oh for Killing Ever, Witherspoon for The Morning Show). Laura Linney was impressive as a strung-out accomplice-slash-wife in Ozark, but it will be tough to pip Zendaya from winning her second Emmy. 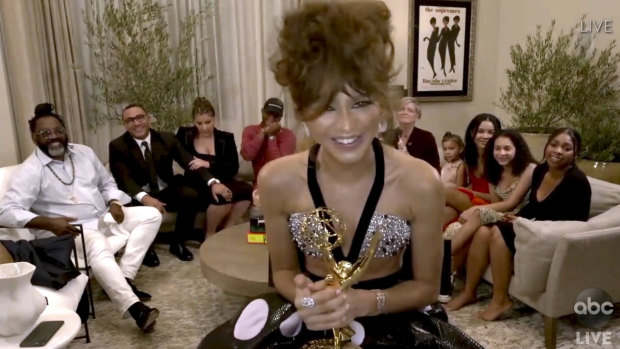 Zendaya was very excited last time she won an Emmy (in 2020) and we suspect she will be celebrating again this year.Credit:The Television Academy and ABC Entertainment via AP

Lead actor in a drama series

Should win: Bob Odenkirk. The stress of playing Saul Goodman for six seasons is a feat itself, but Odekirk saved his best for last, and no one can say he doesn’t deserve that gong.

Will win: Jeremy Strong. This will be Succession’s year, and while Strong’s method of acting may rankle his cast mates (including fellow nominee Brian Cox), it’s the kind of bait that Emmy voters eat up. 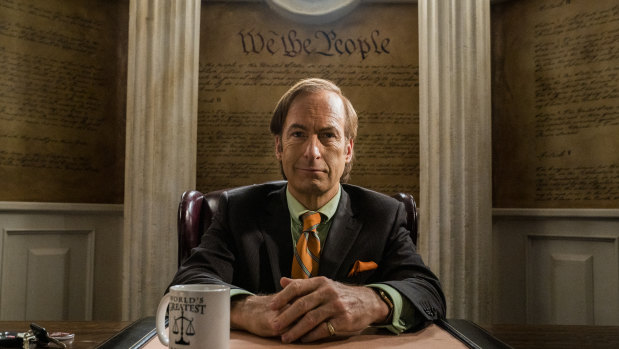 Doesn’t this man deserve an Emmy, finally? Bob Odenkirk could be a bolter for his role as slimy lawyer Saul Goodman in breaking bad spin-off, Better Call Saul.Credit:Stan

Lead actress in a comedy series

Should win: Quinta Brunson as the writer, creator and star of the unique comedy Abbott Elementary, has done enough to justify her first Emmy win, but I wouldn’t hold my breath.

Will win: Jean Smart should be a lock for her performance as wisecracking Deborah Vance in Hacks. The second season didn’t come close to the magic it delivered the first time, but Emmy voters can be fiercely loyal, and Smart is a Hollywood favourite and the incumbent. 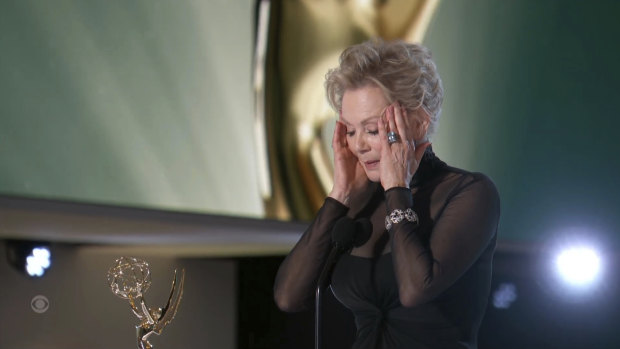 The Jean Smart money says the Hacks star will go back to back in the Lead actress in a comedy series category.Credit:Television Academy via AP

Lead actor in a comedy series 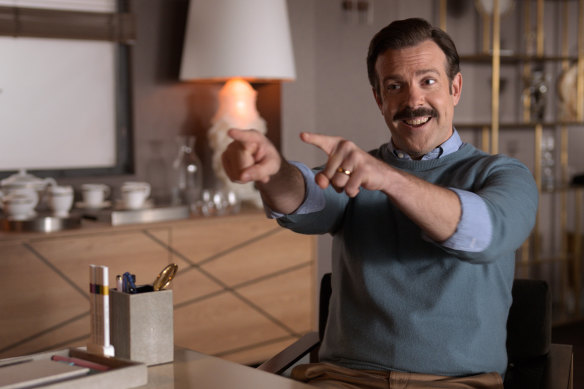 This is a perfect example of how the Emmys are just a little broken. Atlanta and Ted Lasso should not be in the same category, the former being dark and moody and the latter so sweet you might get diabetes from watching it. Glover took out this category in 2017, but the third season of Atlanta was the best we’ve seen. However,Ted Lasso has firmed as an Emmys (don’t worry) darling, and Sudeikis should win here.

Lead actress in a limited series or TV movie

Should win: Patriotic bias aside, Toni Collette had all the work to do in The Staircase playing second fiddle to Colin Firth. But Collette was riveting as Kathleen Petersen, helping breathe new life into a character that primarily appeared in flashbacks.

Will win: Amanda Seyfried. Any role that involves some level of transformation, drastic or otherwise, always plays well with Emmys voters. Seyfried dropped her vocal register a few notches to become disgraced Theranos founder Elizabeth Holmes and, in doing so, guaranteed herself an Emmy. 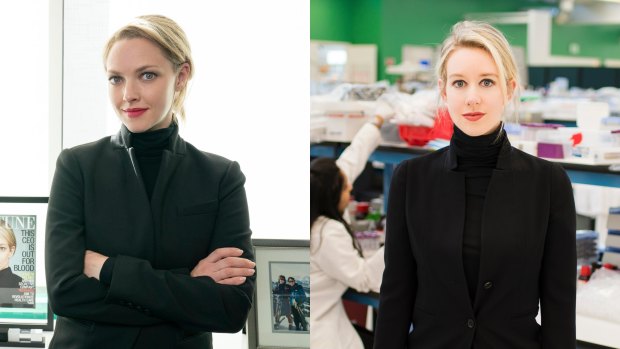 Lead actor in a limited series or TV movie

Should win: Oscar Isaacs. Mainly because we’d like to see him on stage again (possibly joined by Scenes From A Marriage co-star Jessica Chastain), but also because his portrait of a bewildered husband and father haunts me to this day.

Will win: Colin Firth didn’t put a foot wrong when becoming Michael Peterson, the father-of-two who was convinced of killing his second wife, Kathleen.

Supporting actress in a drama series 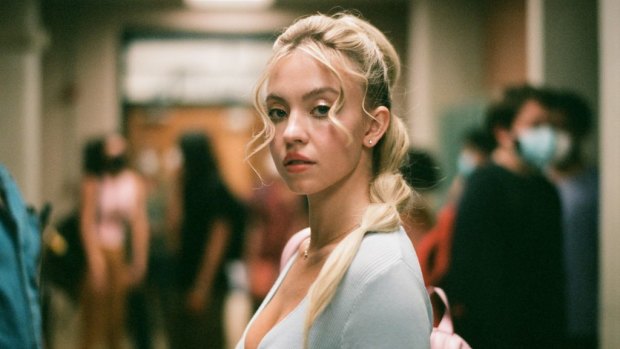 Should win: This could be a Succession-heavy Emmys, but J Smith-Cameron is pure filth on the show, and she should get a special Emmy just for how she speaks to Kieran Culkin.

Will win: Sydney Sweeney. The 25-year-old has had a bumper year appearing in two of the most buzzed-about TV shows of the year, The White Lotus and Euphoria. But her work as teetering-on-the-edge high school student Cassie Howard in Euphoria will ensure she is referred to as Emmy award winner Sydney Sweeney in the future.

Supporting actor in a drama series 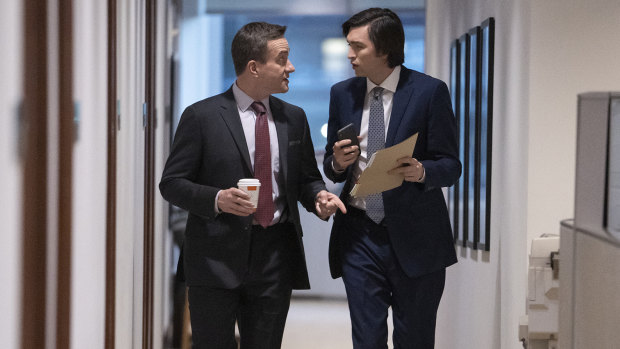 One of these men should go home with an Emmy. To be fair, we don’t really mind who it is.

Should win: Nicholas Braun. Let’s hear it for the Greg fans out there! Nicholas Braun should win; he won’t, but as his bumbling on-screen alter ego once famously said: “If it is to be said, so it is.”

Will win: Matthew Macfadyen turned Tom Wambsgans from doormat to powerbroker in last season’s Succession finale, and it is probably enough to land him an Emmy.

Supporting actress in a limited series or TV movie 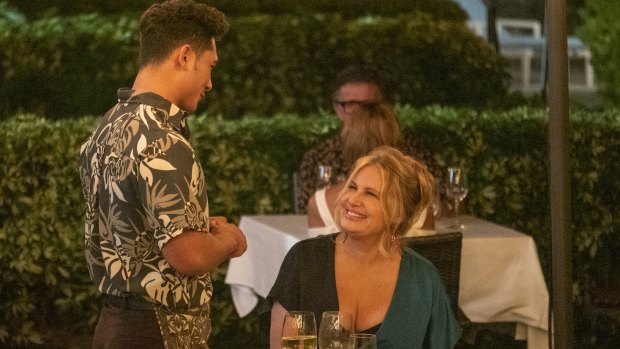 Jennifer Coolidge returns as the chatty Tanya McQuoid in season two of The White Lotus.

Nearly everyone in this category starred in The White Lotus, but no one came close to starring in it like Jennifer Coolidge. The 60-year-old was a revelation as wine-soaked heiress Tanya McQuoid and it’s hardly surprising she is the original only cast member invited back for the second season.

Supporting actor in a limited series or TV movie 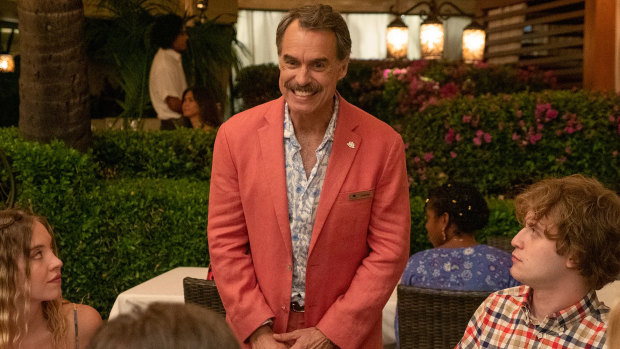 Grin when you’re (probably) winning. Australian actor Murray Bartlett was nominated for an Emmy for his role in the HBO series White Lotus.Credit:HBO

There’s no patriotic bias this time; put simply, Sydney-born Murray Bartlett is the best in an average field. But he gave an above-average performance as uptight concierge Armand in The White Lotus, complete with that suitcase scene.

The 74th Primetime Emmy Awards will be screened on Tuesday, September 13 from 10am (AEST) live on Fox Arena with an encore at 8.30pm. Catch our live blog from 8am including all the colour from the red carpet and the ceremony.