Follow
Home » Lifestyle » Why does everybody else seem to have more friends than me?

Why does everybody else seem to have more friends than me?

Everyone everywhere seems to have more friends than me. On trains, in cafes, on street corners, people are always staring at their phones, getting texts, reading texts, replying to texts with cute little messages of affection (it can be tricky reading them over people’s shoulders, they don’t seem to like it). But I’m getting nothing from anyone.

Sometimes I have to take out my phone, open the settings, and test my text-tone over and over again, then I try to catch people’s eyes as if to say, “Wow, look at all these texts coming in! Friends, huh? Crazy!” People are usually too busy staring at their own phones to notice me, but it does make me feel slightly less pathetic. 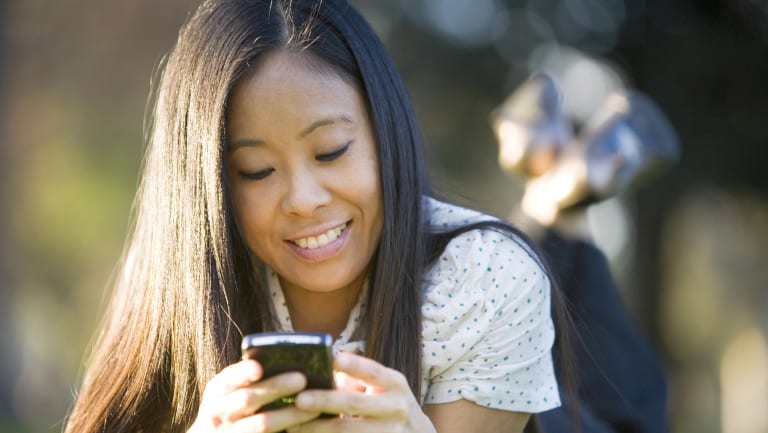 People are always staring at their phones, getting texts, reading texts, replying to texts.

Not sure how I wound up with such a small number of friends: I’d like to think I orchestrated it that way to keep my life simple. Though it may also have something to do with my dullard personalty, my shrieky bird-laugh, and how I hate hearing about other people’s good news – but nahhh, it’s probably the first thing.

If I was to count, I’d say I had about five close friends, maybe 10 good friends, and then a whole bunch of acquaintances who I really like, but not enough to ask them out anywhere, or remember their names. And that’s OK, I’m happy with this arrangement – it’s just how it’s always been.

As a little kid, my family travelled a lot so I just had to make do with pretend toy-friends – Boojie-Boojie my purple plush dinosaur, and Liony my yellow plastic lion, and Harvey the Harmonica (who was a bit of a jerk, actually. He wheedled his way into the gang. Yeah, one of those wheedling harmonica friends, you know the type).

Same with school: all my friendships were shallow short-term ones that ended the moment I finished high school – which is why I never go to any of my school reunions (and I think it’s largely irrelevant that I’ve never been invited to one).

Only when I met my beloved did my friendship circle grow: she’s very popular, everyone loves her, so all her friends had to learn to accept me because now I was permanently attached to her, like one of those dark-brown nose-moles that get pretty big and pull focus.

People think I must be miserable or lonely or something, but I’m not, I’m good – some folk like getting out and about, I like getting in and without. Occasionally it can be a tiny problem, like last year when I had a spare ticket to the Midnight Oil concert and I couldn’t find anyone to go with: all my friends were either busy, or already going, or playing onstage in the brass section, which is no excuse. My son eventually came along out of pity. It was a pity-outing. A whole night of sad, sympathetic stares. And at one point, a head pat.

To be honest, my wife is the only friend I need. I told her that the other night when we sat down for a meal at a Japanese restaurant. I said “You know what? You’re my best friend. You’re my favourite person in the world. You’re the only one I want to hang out with. And of course, I’m the same for you, right?” And she said, “Uhhhh … hey, should we get soba noodles or udon noodles? What’s the difference? I’ve never been sure. Let’s go soba. Yeah, soba it is!” She was being a bit cryptic but clearly she meant she felt the same about me. Pretty obvious.

Danny Katz is an Age columnist.

does, else, everybody, friends, have, Me, More, Seem, than, to, Why
You may also like: