An Army tank crewman from New Mexico who died at Fort Hood, Texas, messaged his fiance that he was concerned about three men who didn’t like him and that “something was wrong” shortly before his death, his family said.

Carma Johnson, Chee’s cousin and his family’s spokesperson, said in a phone interview with the Gallup Independent on Monday that Chee was being targeted and did not want to go to the fitness training that morning because “he felt that something was going to happen.”

It was the last time the family heard from Chee, Johnson said. Authorities informed his family that night that he was in the hospital in critical condition. 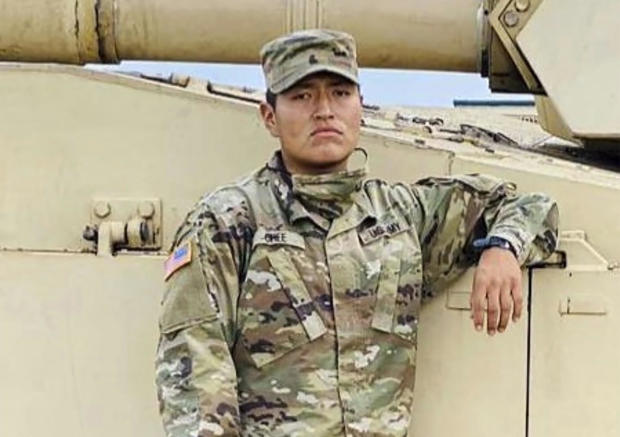 Johnson said Chee’s body was found with bruises, scratches and a bump on the back of his head. The family is alleging that foul play was involved.

Fort Hood officials issued a statement on September 8 denying that foul play was a factor in Chee’s death.

“Witnesses stated PV2 Chee showed no signs of struggling and was running at the front of the group when he collapsed near the end of the run,” the statement said. They said an exact cause of death had not yet been determined.

There have been 27 other soldiers who have died at Fort Hood this year. Congress has launched an investigation into all 28 deaths.

Chee was from Pinehill, New Mexico, and his awards included the National Defense Service Medal and the Army Service Ribbon, officials said.

army, car, corlton chee, texas
You may also like:

Libra Season Is Bringing Balance To All Zodiac Signs This Month