From fashion to face masks, how COVID-19 is creating rag trade jobs

Days into Victoria's first round of stage three coronavirus restrictions in April, staff at the Fella Hamilton womenswear factory in Moorabbin braced for the worst.

The forty-odd employees were on limited hours and the logical next step was to close and ride the crisis out, chief executive Sharon Hamilton said. 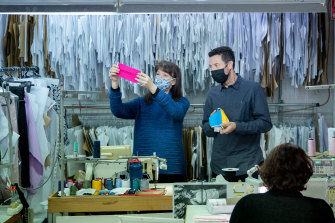 Sharon and David Hamilton at the Fella Hamilton factory in Moorabbin. The business has pivoted from women’s knitwear to about 80 per cent face masks. Credit:Simon Schluter

"We said to them, 'Look, we don't know what's going to happen. We have to be very careful. We'll regroup in a week's time'. It was very emotional," said Ms Hamilton, the daughter-in-law of Fella Hamilton, the label's founder and namesake.

"That's when we pivoted and turned it all around."

It began with a line of hospital gowns and scrubs called Fella Healthware.

Then, noting that countries with strong mask takeup appeared to be having early success against COVID-19, Ms Hamilton and husband David prepared the business for a direction they could have never imagined. 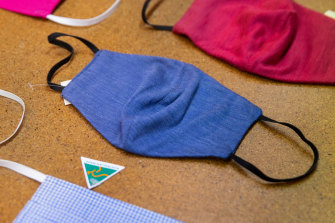 Some of the masks being produced by womenswear brand Fella Hamilton.Credit:Simon Schluter

“It’s now full steam ahead in masks," she said.

Such has been the demand – 50,000 mask orders in the first four days after Premier Daniel Andrews announced they would become mandatory – the business has added 10 casual employees to its pre-pandemic roster and created, or saved, even more jobs at its subcontractors and suppliers.

Ms Hamilton said masks now accounted for about 80 per cent of the business, which could produce between 20,000 and 25,000 individual items a week, and growing.

The jobs are not only for machinists, who are now in short supply, but packers, sorters and drivers, among others. 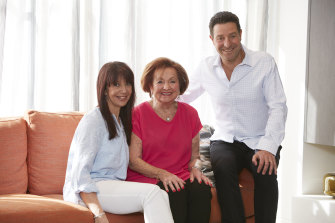 "It has shone a spotlight on the need to have these skills and capabilities here – that our local industry is alive and extremely valuable and they want to contribute in the response to the pandemic," Ms Bell said.

The Sample Room, a Collingwood-based pattern making and small-run clothes production house, has gone from seven staff members to 11 in its pivot to 90 per cent mask making.

Even director Julia Van Der Sommen is on the machines to help meet the demand coming from all over Australia.

With last week's edict from the state government that regional Victorians must also start wearing masks in public, business is only expected to grow.

Both businesses expected masks to remain staple wardroom items for months to come.

"I think what will happen now is that people will start discussing masks," Ms Van Der Sommen said.

"There'll be those conversations: 'Oh, I love your mask where did you get it?' Or, 'This mask is more comfortable than that mask'. It's going to be about the finer details."

face, fashion, from, ho, Masks, to
You may also like:

Are these the best cooking hacks of 2020?