Get a grip teenagers! You’ve got a few GCSEs not a role on Netflix, says LIZ JONES

You’d think these teenagers had just survived a mass shooting at a high school, or emerged after a week lost in a cave without food or water. There was sobbing, and strenuous hugging with long, lean, adolescent limbs. There was leaping and screaming, as though at the concert of an idol.

If that wasn’t bad enough, then the blasted parents joined in. They grasped their offspring – who they’ve probably not seen or spoken to in three years due to the fact their kids are always locked in their bedrooms staring at a small screen – as though they had just been plucked, safe and so very brave, from the icy waters of the Atlantic.

‘Oh my God, oh my clever darling. You got a 4 in drama! Now you can be anything you want to be! Yay!’ 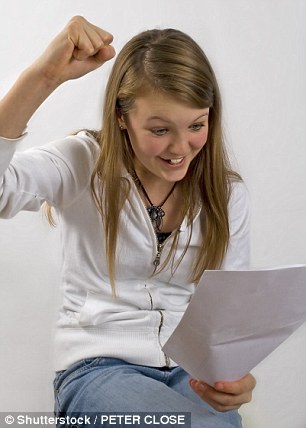 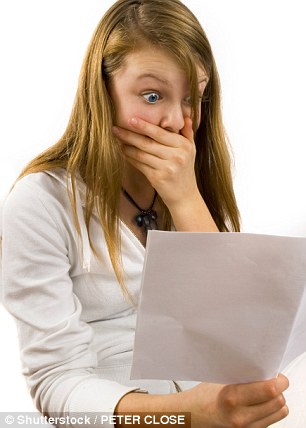 This mass hysteria of British 16- and 18-year-olds on exam results day, the oversharing and the over-emoting, like members of the cast of some awful American romcom, was then broadcast to the nation on every news bulletin with all the gravitas and hoo-hah of a General Election.

First, we had the A-level lot, dissolving into public puddles about their triumphs or despair (a pointless exercise, given universities are now hoovering up anyone with an E in woodwork). Then we had the horror last week that is 16-year-olds receiving their GCSE results: tiny Justin Biebers and Ariana Grandes, all in their bright sportswear and high ponytails, acting as though they were in a Netflix mini-series. They were hugged hard by harried parents who bribed them to do well with a promise of a weekend at the Leeds Festival, and who are now worried about highs of a different nature. Whatever happened to that silent ceremony of opening an envelope delivered in the post? You know, a white, oblong thing with your name on the front and popped through your letterbox.

That’s how I got my O-level and then my A-level results. I opened each missive alone, left them on the kitchen table, and that was that. There was no hysteria. I didn’t go anywhere for a group hug. There was no leaping. My mum certainly didn’t cry. I don’t think my dad said a word.

All this public oversharing makes me worry for kids who didn’t do well. The photogenic, shiny sobbing is bullying in all but name. It’s showing off in the worst possible manner. I suppose we have to expect it on social media, where narcissism finds its fullest expression. But this annual TV news ‘event’, feeding on minnows as they get their exam results, means the cult of extrovertism has well and truly infected our shores and, like plastic, has washed up everywhere.

At funerals: your 92-year-old mother has died. It’s sad, yes, but not a national tragedy.

At weddings: you’re a bride. Stop sobbing and taking selfies and wake up to the fact that you’re not just there for the photo album.

Birthdays have now morphed into birthweekends, with stupid, elaborate cakes, even though you’re 43, not 12.

You only have to look at Friday’s brag-posts by the Ramsays and the Beckhams about their little darlings to realise that making a fuss isn’t cool.

I was outraged last week to read reports in the UK press about so-called ‘beasts’ attacking ‘innocent’ tourists. The ‘beasts’ in question were young bulls being forced to take part in a festival in Valencia. The reason the animals were terrified was they had flaming torches attached to their horns. Any idiot holidaymaker who chooses to attend such a cruel, outdated spectacle deserves to be gored, then set alight. Let’s see how they like it.

The man imprisoned for life for throwing acid in the face of Katie Piper is to be released within weeks. Oh Katie. She is one of the most inspirational women I’ve ever met. She has poor sight, her eyelashes now grow painfully inwards so she has to remove them, and she must apply drops made from her own plasma to stop rejection of the corneal grafts. But when I asked if she can even bear to look in the mirror she said: ‘I’ve got quite a nice bum. I wear the smallest bikini I can find.’ A lesson in positivity for us all.

G, Get, got, grip, Teenagers, youve
You may also like: