GIFFGAFF users with pay-as-you-go contracts will pay more for calls and texts from February 26 but some Sim-only customers will get extra perks.

The virtual mobile network, which piggybacks on O2's coverage, has revealed a big shake-up for its 3million customers. 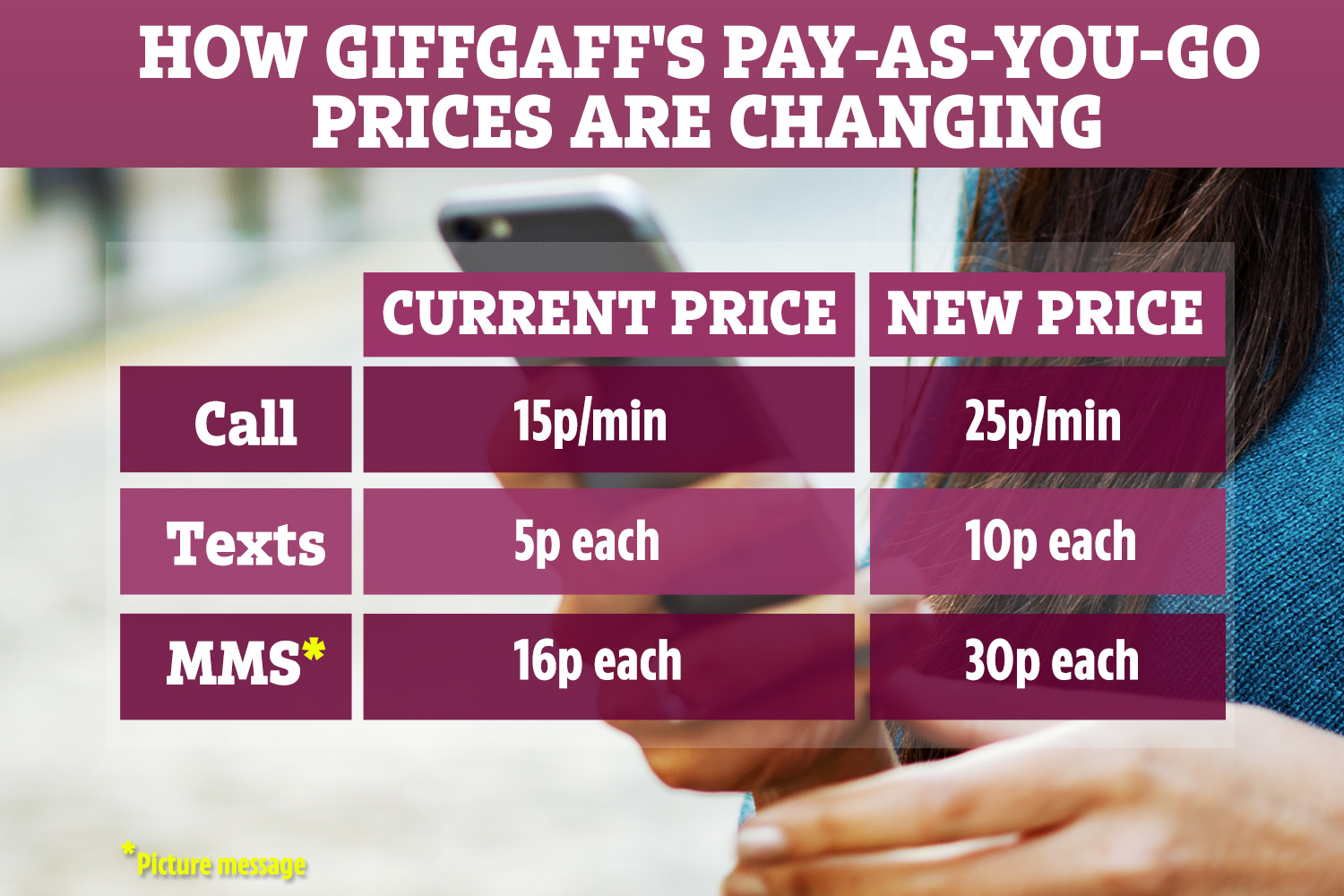 For pay-as-you-go users, who top-up their phone with credit, the changes mean you'll pay up to double the current price.

The cost to send texts, for example, is increasing by 100 per cent from 5p a message to 10p. 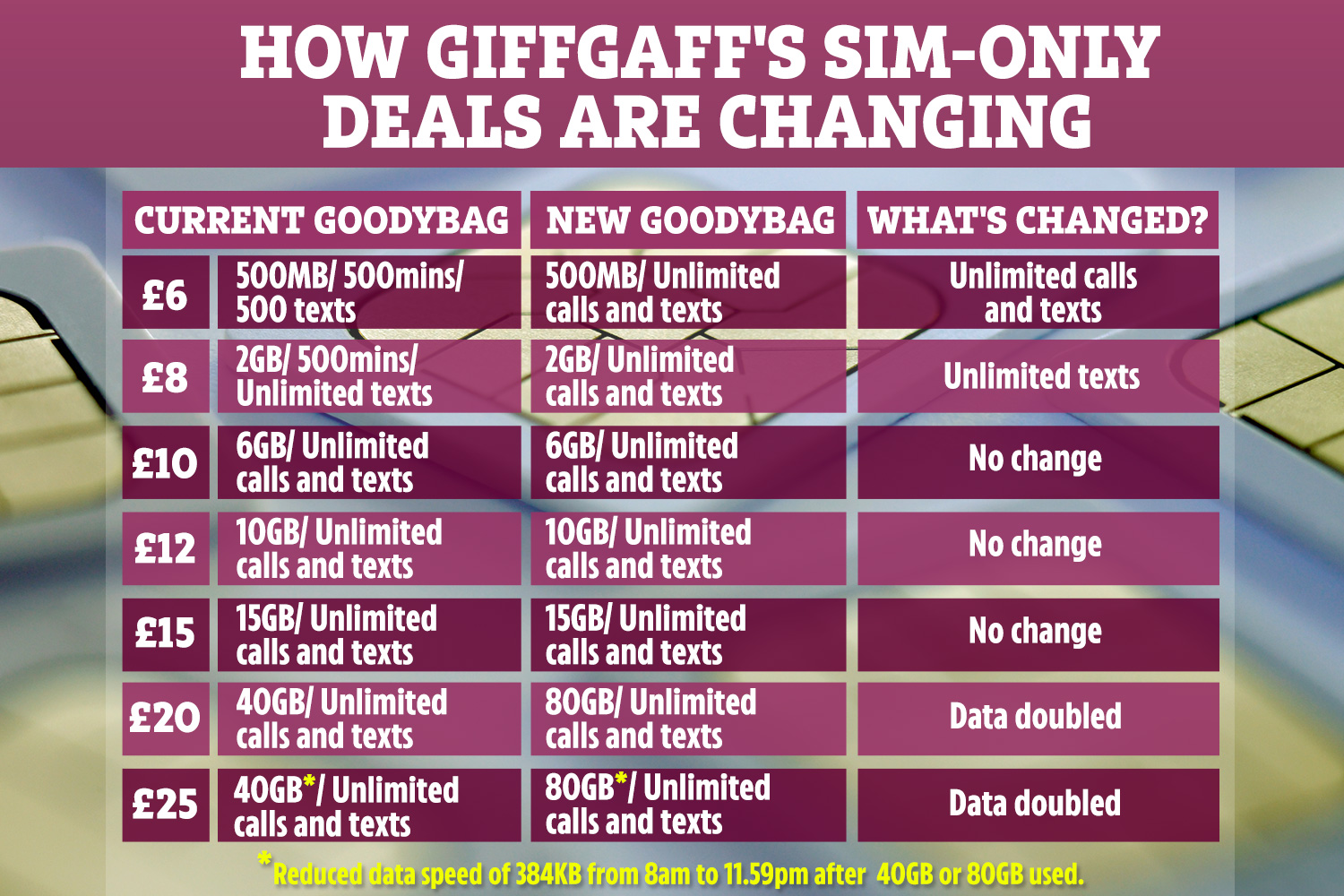 But for Sim-only customers, who use Giffgaff's "Goodybag" bundles, the outlook is better with many receiving a boost to their existing packages.

Those on the £6 package will see their 500 minutes and 500 texts allowance increase to unlimited status.

While people with an £8 deal will also see their 500 minutes upgraded to unlimited calls.

And those on the £20 and £25 Goodybags will see their data doubled from 40GB to 80GB in both instances.

This top-up will be automatically added to packages so you don't need to do anything to get the benefit – and it won't cost you anything extra.

Sim-only customers don't pay pay-as-you-go prices once they've used their package – they would just buy another goodybag instead.

I'm unhappy about the price hike. What can I do?

Giffgaff works in a different way to other mobile providers in that it doesn't have contracts – just one-off plans for a month or monthly rolling plans for Sim-only users, as well as pay-as-you-go credit for top-ups.

This means if you're unhappy about the changes, you can simply change your package or leave at any point penalty-free and take your custom elsewhere.

Use an Ofcom-approved comparison site, such as Bill Monitor or Handset Expert, to compare prices – just remember to use an credit first or you'll lose it.

David Caton, head of propositions at Giffgaff, said: “We are pleased to announce the refresh of our £6, £8, £20 and £25 "Always On" goodybags as at Giffgaff, we are always looking to provide the best choice for our members.

"True to our motto of mutual giving, we hope that the new added value to the current goodybags will provide both existing and future members an extra happy start to the year.”

Martin Lewis raved this week about super cheap Sim-only mobile deals that cost from £5 a month.

O2 and EE customers have been urged to check accounts as hundreds have been hit by an African phone call scam.

While last year, Giffgaff had to refund 2.6million customers £2.9million for overcharging them.

And, call, GiffGaff, increase, to
You may also like: