‘Are you real?!’ Little girls who became best friends talking over FaceTime for four years burst into tears when their parents surprise them with their very first meeting

It used to be that friendships began in person and then were maintained over long distance when one friend moved away. But now, thanks to the internet, the opposite is often true.

So goes the story for two eight-year-old girls, Jalyssa and Kylie, who finally met for the first time this weekend after becoming best friends four years ago – despite living in different states.

The moment they laid eyes on each other for the first time after only ever chatting on FaceTime was filmed by their parents, one of whom, Corey Walker, uploaded the footage on Reddit under the username core330. 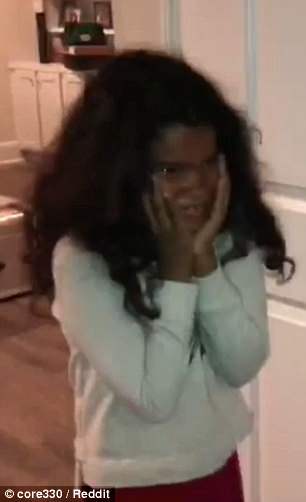 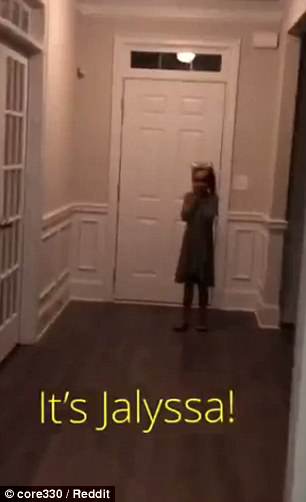 Clapping eyes: The moment two eight-year-old best friends meet for the first time after talking for four years on Facetime has gone viral

‘A best friend of mine and I have daughters the same age,’ he explained in the post. ‘We introduced them via FaceTime 4 years ago.

‘They’ve talked daily since and are best friends. They live 7+ hours away and our schedules never lined up to have them meet in person until this moment. Neither of them knew it was happening.’

Corey’s best friend, rapper Stalley, also shared the footage on Instagram, writing that Cory had driven his daughter Jalyssa for seven hours to surprise Stalley’s daughter Kylie on her birthday.

‘Shout out to all the parents making it happen for your kids daily,’ he wrote. ‘There’s no better gift you can give like true joy. I’m happy we made this finally happen.’ 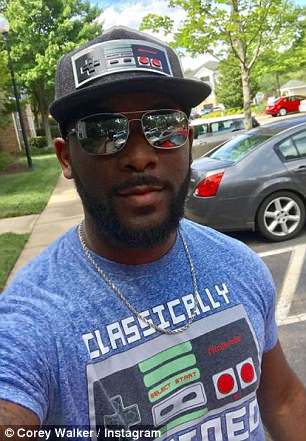 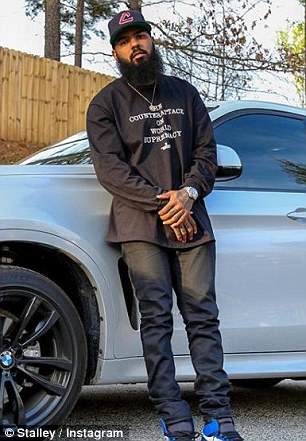 The brains: The meeting was arranged by Jalyssa’s dad Corey Walker (left) and Kylie’s dad Stalley (right), who are themselves childhood friends 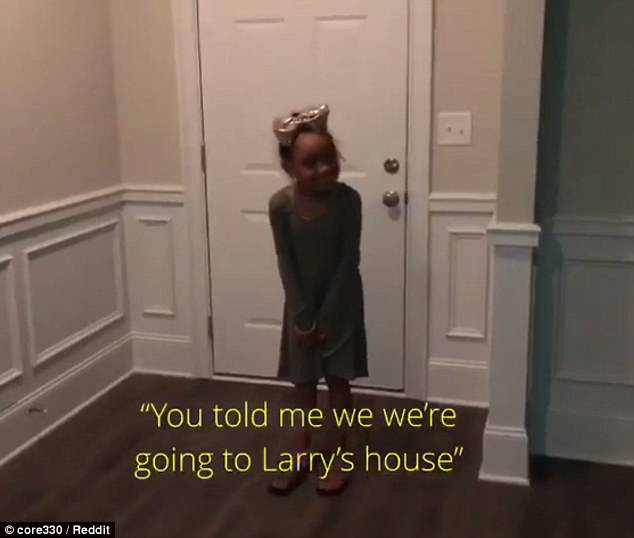 Surprise: Jalyssa had been driven for more than seven hours by her father to meet her friend, with her dad making up a different story for the trip 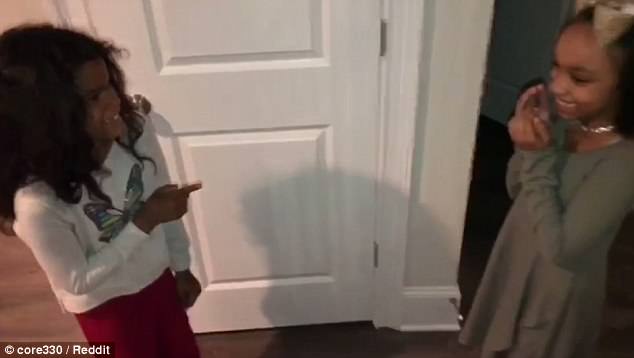 ‘Are you real?!’ The adorable girls are left in disbelief at the sight of each other 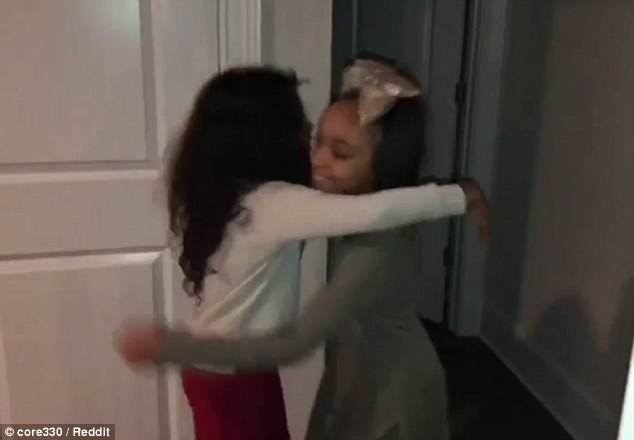 First time: The girls eventually embrace each other for their first hug as best friends

The video starts with Kylie being filmed walking around the house in a butterfly sweater, limping slightly after having skinned her knee in a bike accident.

Her father goes to the door and Kylie follows close behind. Suddenly, she is stopped in her tracks as she enters the hallway and sees who has just come into the house.

Kylie and Jalyssa see each other and both clap their hands over their mouths in shock.

‘Oh. My. Gosh,’ exclaims Jalyssa, before turning to her father, who had lied about their destination over the full seven hour drive. ‘Wait. What?! You told me we were going to Larry’s house!’ 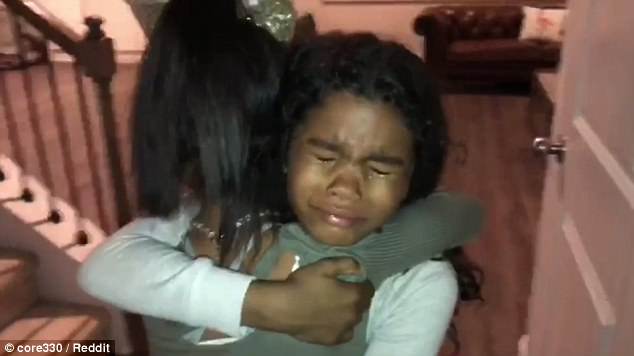 Can’t hold it in: Both girls were soon left in tears by the surprise 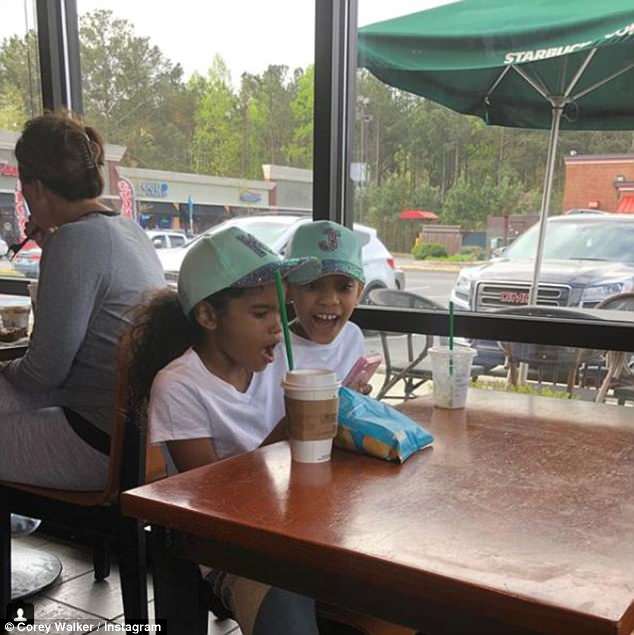 Hanging out: The pair then spent the whole weekend together, solidifying their already strong friendship 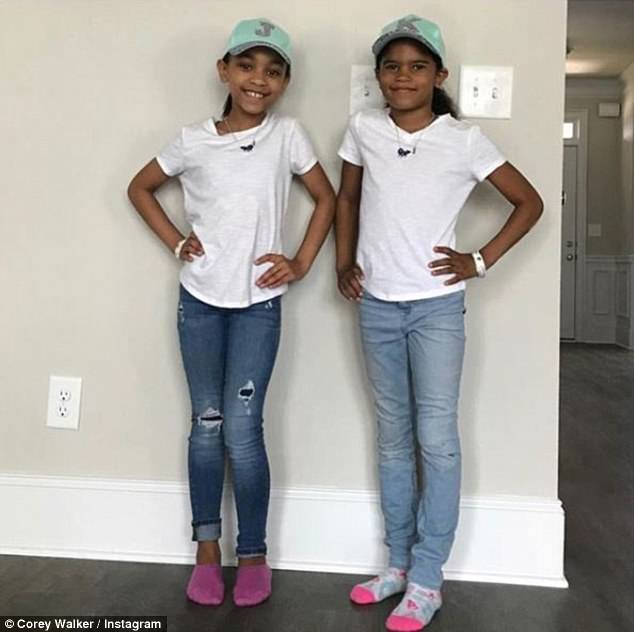 More time on the way: Corey later said that the dad will be ‘linking them back up this summer’

Eventually the girls approach each other and, once face to face, Kylie asks her friend: ‘Are you real?! I’m real…’

The two embrace, with Kylie immediately bursting into floods of tears. Soon enough, Jalyssa is also crying with joy.

The video has already been viewed on Instagram, Reddit and YouTube hundreds of thousands of times. The fathers of the girls have also since provided some extra details about their first weekend together.

‘We stayed from Friday until Sunday. It was a tough goodbye but 15 minutes after we left, that were back on FaceTime,’ Corey wrote on Reddit.

‘I have a feeling they’ll be together sharing their full story somewhere soon. If not, we’re linking them back up this summer.’

Adele: I Stand By That Decision To Postpone Her Las Vegas Residency