Not a fan! Grayson Chrisley has no plans to ever watch his family’s reality show, Chrisley Knows Best.

“I don’t think it’s interesting. I mean, I don’t like it, but apparently people do … I haven’t even watched myself on TV,” the 16-year-old television personality told his sister Savannah Chrisley during the Tuesday, December 6, episode of her podcast “Unlocked.” 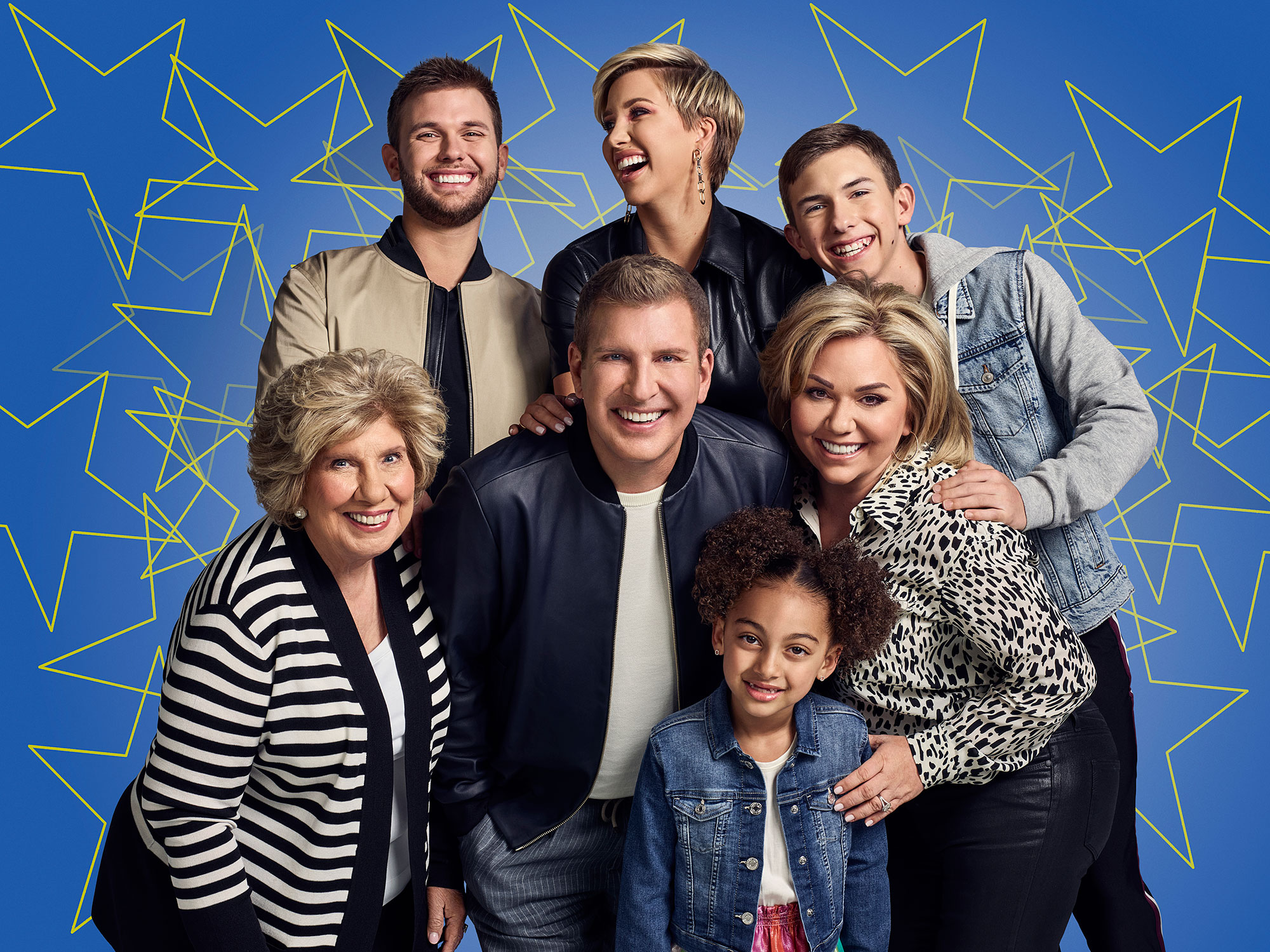 Grayson has appeared on the USA Network series since it debuted in 2014 along with his parents, Todd Chrisley and Julie Chrisley, and his four siblings.

When asked about his experience growing up in front of cameras, the Georgia native told Savannah, 25, that he didn’t “know anything different.”

Grayson continued: “I mean, I didn’t really understand what was going on, because I was like, ‘I don’t really have a choice.’ I had fun with it because I didn’t understand it. The older I got, the more I was like, ‘Oh, I gotta do this.’ … I thought it was cool, but the cool wears off a little bit.”

During a November episode of “Unlocked,” Savannah revealed that she has custody of Grayson and her niece Chloe after her parents were sentenced to prison for fraud.

“I come home Tuesday, and I have custody of a 16-year-old and a 10-year-old, and we spend our first Thanksgiving not as a family. I’ve never been away from my family for the holidays,” the former pageant queen said at the time.

Todd, 53, and Julie, 49, were charged with several counts of bank and wire fraud in August 2019. The reality stars pleaded not guilty during their trial, which began in May. In November, Todd was sentenced to 12 years in prison while Julie was sentenced to seven. The duo are also set to serve 16 months of probation.

Grayson, who recovered from a car accident just days before the verdict, didn’t go into detail about his parents’ legal situation during the Tuesday episode, but Savannah did share some thoughts on having compassion for them.

After Todd and Julie received their sentences last month, Kyle Chrisley shared a similar message of support via Instagram.

“Do not judge, or you too will be judged. For in the same way you judge others, you will be judged, and with the measure you use, it will be measured to you,” a Bible quote he shared at the time read. “Why do you look at the speck of sawdust in your brother’s eye and pay no attention the plank in your own eye?”

Lindsie Chrisley, who was previously estranged from her father before the duo reconciled earlier this year amid the fraud trial, has also spoken out about the recent development.

“The past few months have been extremely hard for me and my family, and I am heartbroken over the updates in my parents’ case that occurred late last month,” she told HollywoodLife on Tuesday, December 6. Todd shares Lindsie, 33, with ex-wife Teresa Terry.