The 'Handmaid's Tale' Soundtrack Is Creepy for a Brilliant Reason 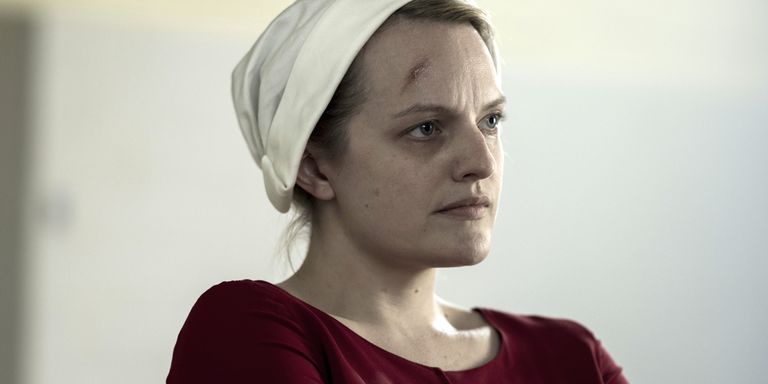 The music cues in The Handmaid’s Tale can feel disconcerting. After an episode of the dark, dramatic series, which is set in a dystopian alternate reality, a song that could be on your Spotify playlist often plays during the end credits. If it throws you off, that’s on purpose.

The person in charge of that disconnect is Maggie Phillips, the second season’s music supervisor. who has held similar roles on TV shows like Fargo and Legion and movies like Moonlight and Ingrid Goes West. Music supervisors are in charge of the songs used in the show, but not the instrumental background music—that’s the job of a composer. So, if a song plays on the radio in a scene, or during the end credits, for example, that’s someone like Phillips doing the work.

Phillips tells BAZAAR.com the modern music on The Handmaid’s Tale is absolutely intentional. One reason behind the song choice is to help viewers relate to June/Offred, the main character played by Elisabeth Moss.

“A lot of what we’re trying to do is play music from June’s perspective,” she says. “What would she be listening to in this moment? If she was allowed to have headphones and an iPhone, what would she be playing?” That idea informs both songs during the episode, which reflect June’s mindset, and the songs in the end credits, which put a spin on the plot’s main themes.

“If June was allowed to have headphones and an iPhone, what would she be playing?”

Another reason for modern music is to hit home the idea that Gilead could actually happen in today’s reality. “These times, this Gilead world that Margaret Atwood created, is not so far from our path,” Phillips says. So if Gilead were happening in our 2018, June would probably get songs from a few years ago—when she could listen to music—stuck in her head. This explains some of the soundtrack choices in Season 2. Additionally, the music is dominated by women in the upcoming season. One of Phillips’ biggest missions for the show’s second season was to keep the soundtrack in line with the show’s feminist viewpoint.

“I spoke a lot to Elizabeth Moss about this in the beginning—in Season 1, there were a lot of male artists at the end credits,” she says. “I didn’t want to be too on the nose, too intentional, and we did entertain male and female artists for a lot of the spots. But when you’re telling the story about mostly female characters and a story that’s so tragic and traumatic and hard to watch, I feel like you want female voices speaking to that.”

Phillips promises you’ll discover new artists you’ll love this season. “There are a lot of indie female artists who haven’t been given much of a platform,” she says. “There are some artists I love and people need to know about.”