First came cut-price wonky vegetables and now a healthy eating firm has launched the UK’s first wonky steaks, that come in odd shapes and sizes from just £1 each.

Online retailer MuscleFood.com is selling the imperfect steaks in packs of 10, 20, or 30, weighing between 100g and 184g each, to reduce waste.

The meat is free-range and grass-fed and MuscleFood claims it’s the same quality as served up in restaurants. 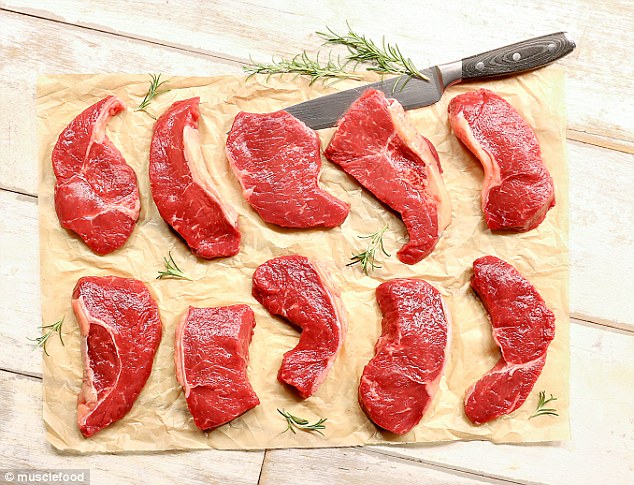 MuscleFood is selling the UK’s first ‘wonky’ steaks – which are imperfect cuts deemed too under or overweight for restaurants – which come in all different shapes and sizes. They are sold in packs of 10 (pictured) for £12.50 for rump or £14 for sirloin, or in packs of 20 or 30

It can sell the steaks for such a low price because restaurants reject steaks that are under or overweight.

They would usually be turned into mincemeat, but MuscleFood has snapped up some of the imperfect cuts to sell to its customers for a very low price so that the high-quality cuts don’t go to waste.

At just £1 each, the steaks are cheaper than similar cuts on sale at all the major supermarkets, as a 227g rump steak at Tesco costs £2.39, while a 155g sirloin steak from Sainsbury’s costs £3.

The UK and Irish beef steaks are matured for 14 days and each sirloin steak has 149 calories, while a rump has 141 calories, making it a healthy meal option if served with a salad. 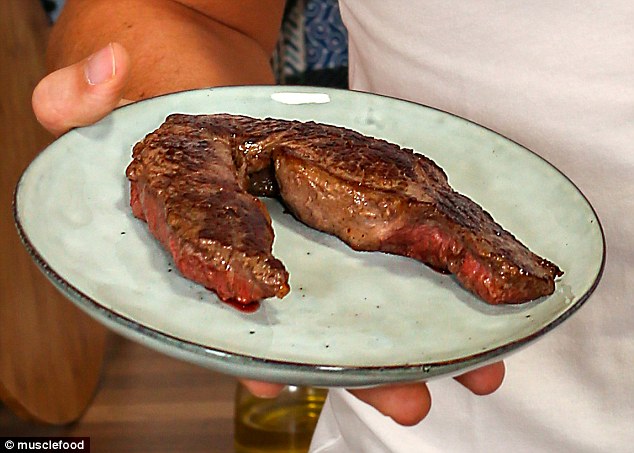 The steaks may not look as perfect as one you might be served in a restaurant, but they are much cheaper at between £1 and £1.40 each depending on what type of steak you buy and how many you purchase

MuscleFood also recommends using the steaks in stir fries or turning them into kebabs.

Darren Beale, founder of MuscleFood.com, said: ‘It’s a shame that certain steak cuts end up being mincemeat just because they don’t fit the strict weight and size dimensions that restaurants want.

‘Steak is often more expensive than other meats and is enjoyed as a once in a while treat, but the MuscleFood wonky rump and sirloin steaks can be bought for as little as £1 – meaning steak is pocket friendly and can now be enjoyed more often.

com, launches, MuscleFood, UKs, wo
You may also like: