Hilarious pics reveal the strangest things people have been called

A university lecturer has gone viral after sharing an image of a name tag she was given at a conference that got her details hilariously wrong.

Sandi Mann, from Manchester, posted a snap of the badge on Twitter that showed she worked at ‘Probably University of Central Lancashire’ after she was asked what she wanted written on it.

Her post inspired other users to come forward with their own cases of mistaken identity, including the man who was given a very rude place setting. 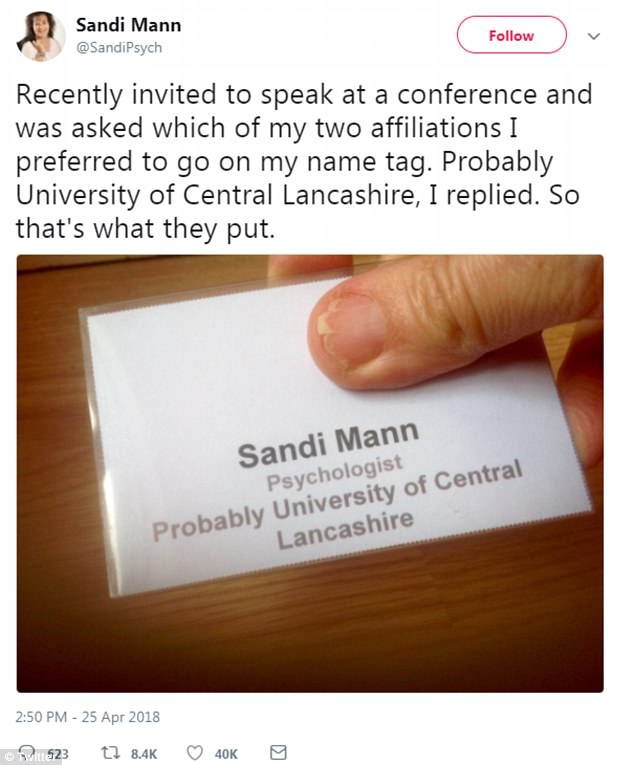 Sandi Mann worked at two universities and was asked which one to put on her name tag, which clearly confused the person making it

Sandi, University Psychology Lecturer and Director at The MindTraining Clinic, revealed she was asked which of the two universities should go on her name tag, and her unsure answer wielded some hilarious results.

She tweeted: ‘Recently invited to speak at a conference and was asked which of my two affiliations I preferred to go on my name tag. Probably University of Central Lancashire, I replied. So that’s what they put.’

A man specified his food allergies when arranging his place at the table for a fancy party, which hilariously backfired. 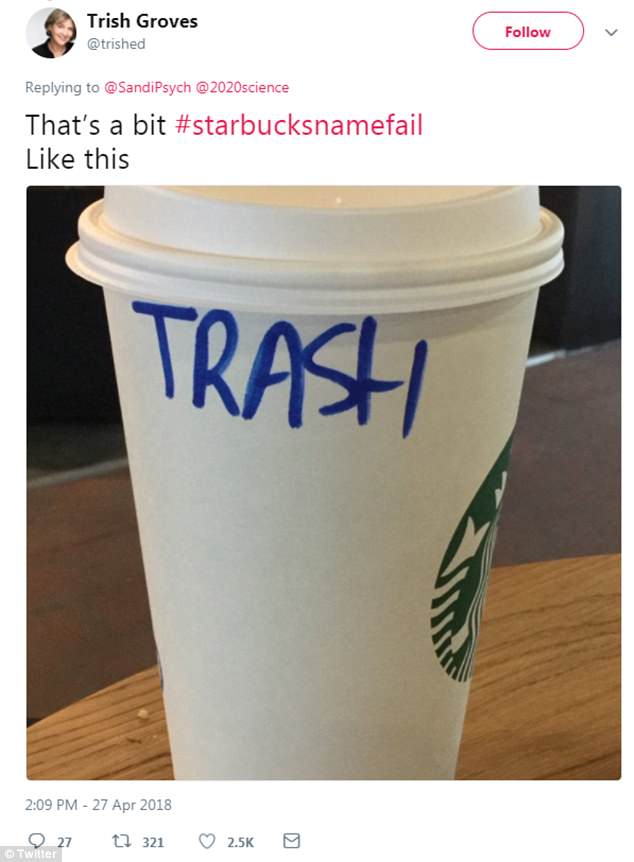 One man made his food allergies quite clear, only for them to presented in a rather rude way at an awards dinner

A few people shared snaps of the times when Starbuck’s employees managed to change their names beyond recognition on their coffee cups.

A woman called Trish was called ‘Trash’ on her cup, while a lady called Christine was renamed ‘Sustain’.

A man called Paul was puzzled at how his name tag misspelled his very common name as ‘Pauk’, but managed to correctly spell the name of his department of Materials Science and Metallurgy. 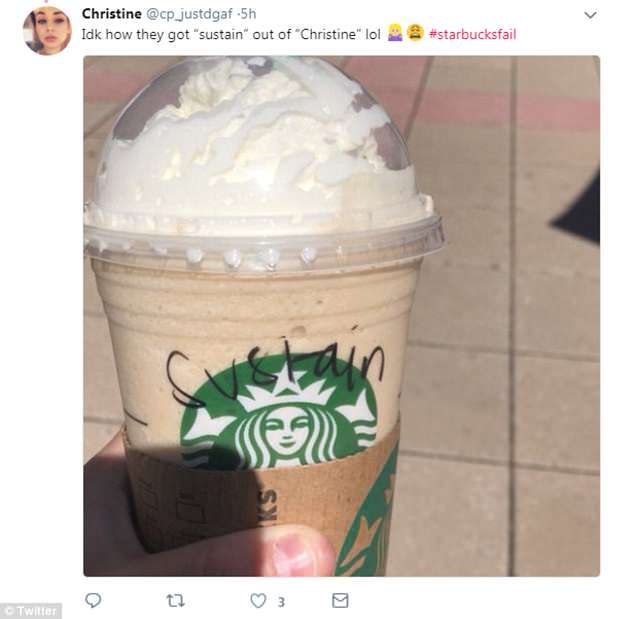 Another Starbuck’s customer was baffled by her change in name, as she went from Christine to ‘Sustain’ 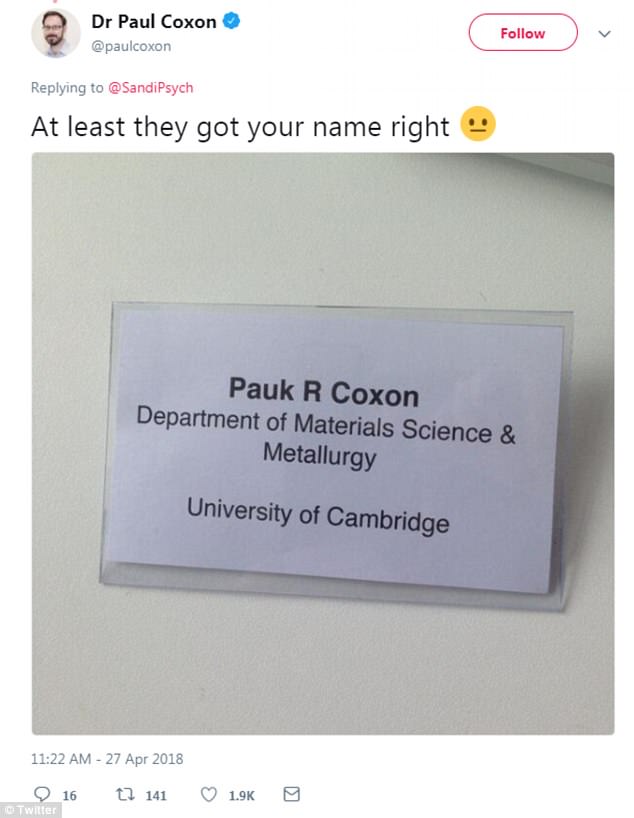 Despite being a very common name, someone managed to spell the name Paul as ‘Pauk’

Some people had their requests taken too literally, including a woman called Lotus who had to explain that her name was spelt like a flower.

To her surprise her name tag came back calling her ‘Dr Lotusliketheflower Song.’

Another man only had to himself to blame when he messed around with a computer a word, only for the machine to print him a business card saying he worked in ‘world domination’. 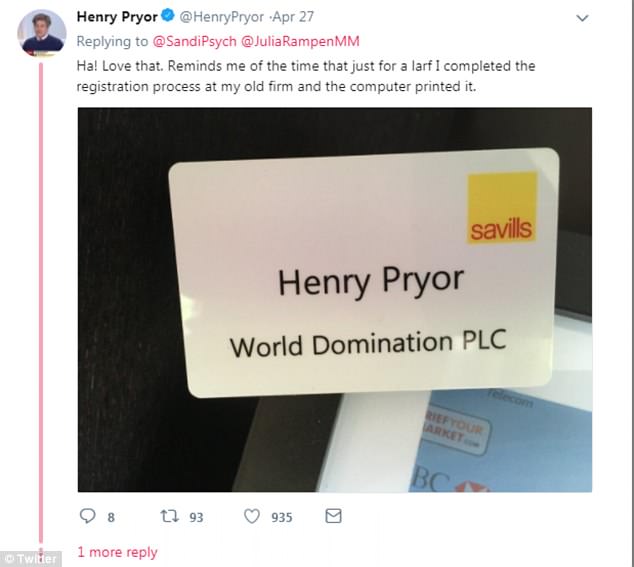 One man was messing around with name tag on his computer, only for the machine to print it 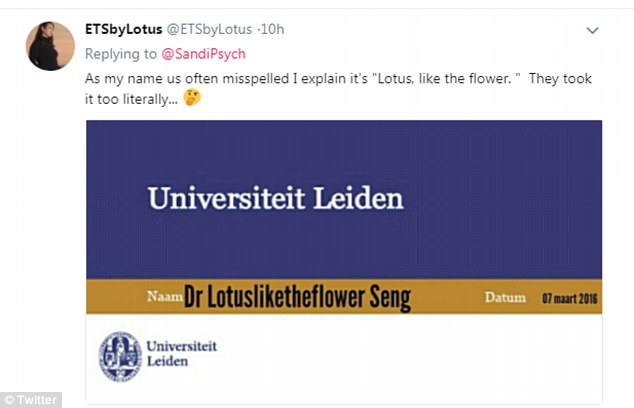 A woman called Lotus who had to explain that her name was spelt like a flower, and it came back ‘DrLotusliketheflower Song’ 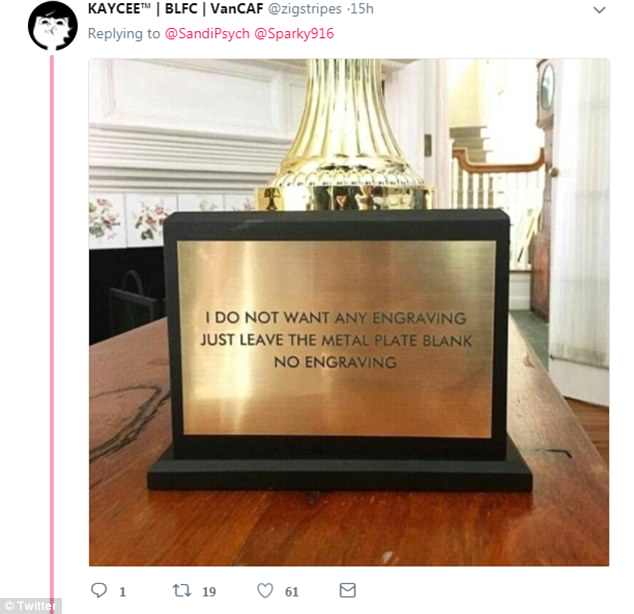 When will cost of living payments be made? All the key dates you need to know about