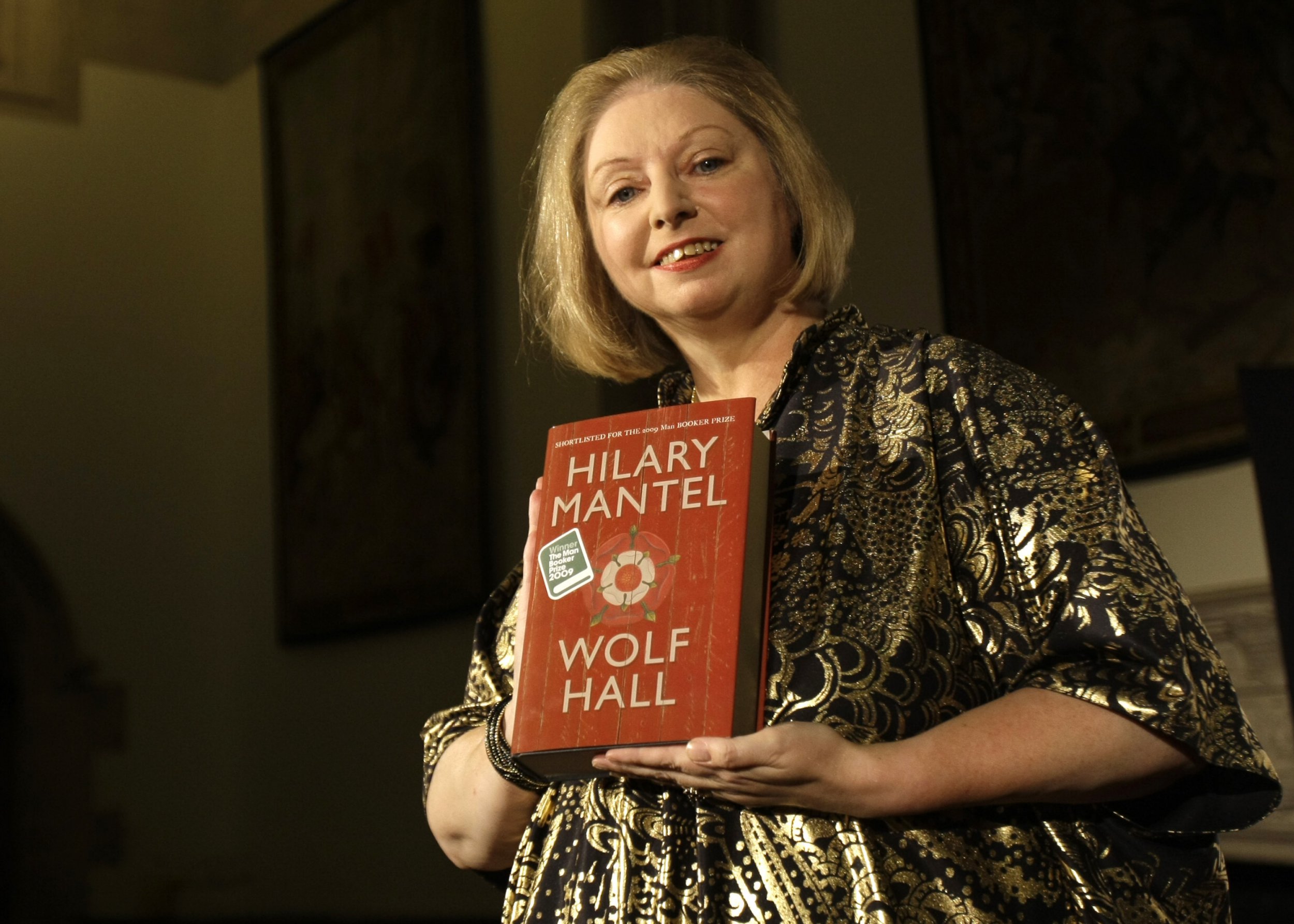 I was shocked to hear on the BBC news of the sudden death, at the age of 70, of one of my favourite authors: Booker prize-winning Dame Hilary Mantel, best known for her Wolf Hall trilogy.

My first thought was that she had so much more to say – and I will always owe my writing career to her.

I had always dreamed of being a full time author, but had no idea where to start.

After gaining a psychology degree and MBA at Cardiff University, I found myself working in the NHS and Local Government – but I’d always been a fan of historical fiction, and began trying to understand how to write a book.

I was born in Pembroke, close to the castle where Henry Tudor – the future King Henry VII – was born.

I wanted to know more about his life, so I began researching the Tudor dynasty in 2012, and spotted a gap in the market. There were many books about the Tudors, but none that I could find which brought Henry Tudor’s personal story to life. I had found my niche.

I found I had enough material for a trilogy, with Henry born in the first book, coming of age in the second, and becoming King of England in the third, but wondered if I’d been too ambitious.

Nevertheless, by the summer of 2014 I had written three chapters of the first book: about Henry’s grandfather, Owen Tudor.

I thought I was doing well. But then I read Wolf Hall, by Hilary Mantel, about Thomas Cromwell – the right-hand man of King Henry VIII – and I realised how much more work I had to do.

It only took one chapter of Wolf Hall for me to realise her secret. Hilary Mantel achieved a sense of what many have described as ‘immediacy’ by writing in the first person, present tense.

Plus, the first line of Wolf Hall is, ‘So now get up.’ Cromwell’s father has kicked him in the head, and Cromwell knows the next blow could kill him. This way of writing had a new intensity for me, lacking in my own first draft, which was too unexciting by comparison.

Inspired to try harder, I re-wrote the first book of my trilogy in the first person, present tense.

I found it hard work, as I really had to put myself in Owen Tudor’s shoes, and inhabit his world – but I was amazed at the improvement in my writing.

Encouraged by this discovery, I quit my job at the Local Authority – a life-changing, high risk decision, as I had a well-paid, senior post.

It wasn’t a decision I took lightly – but my children had left home, and my wife encouraged me to go with the inspiration I’d taken from Mantel and commit to writing full time.

I worked on my book from first thing in the morning, every day for a year, then found a good editor and self-published on Amazon.

Over the years, I learned more and more about the craft of writing historical fiction from Mantel.

She showed me how writers of historical fiction need to know ten times as much as they will ever use, and that the crucial decision is what to include – and what to leave out.

Her advice to writers in the 2017 BBC Reith Lectures, was to ‘look for the one detail that lights up the page: one line, to perturb or challenge the reader.’

This advice changed my approach from desk-based research to travelling the country in search of these precious details, visiting the actual locations featured in my books.

I followed in the footsteps of Jasper and Henry Tudor from Pembroke Castle to Henry’s exile in Brittany, and back again to Bosworth field.

I needed a sense of the authentic sights, sounds and smells, to see what my characters saw.

I spent hours tracking down primary sources from original letters to records of the Tudor Court in online resources: reading first-hand accounts to gain insights into how they thought and spoke.

I re-wrote and published an updated (and better) version of Book Two in my Tudor trilogy, which focuses on Jasper Tudor (Henry’s uncle).

I’m now working on my fourteenth book: the fourth in my Elizabethan series.

I still sometimes write in the first person, but no longer in present tense, as after my first book I’d developed my own ‘voice’, and my own ways of achieving that elusive sense of immediacy, by developing my craft and writing every single day.

But I am aware of the huge debt of gratitude I owe to Hilary Mantel for her inspiration: she changed my life.

I’m convinced that, without reading Mantel’s books, I would have joined the army of unfulfilled authors, dreaming of future success. Instead, I’ve made a good living doing something I love.

We cannot know what else Mantel might have written, but one thing is for certain. She will live forever through her work, and inspire many more authors like me in the years to come.