Home-grown Cinderella musical Midnight has hopes of a fairytale ending

Never mind finding the foot that fits the slipper – the producers of a new musical based on Cinderella haven’t even started looking for the woman who fits the foot yet.

“That’s by design,” says Spencer McLaren, a one-time star of hit TV series The Secret Life of Us who these days works primarily behind the scenes as a film and theatre producer. “As we’ve developed this show, the style of the music has emerged, and the character – very modern, funny, witty, driven – has emerged too.

"So not having to find a name to fill those shoes from the outset has given us an opportunity to cast the net wide, and to be open to non-traditional casting.” 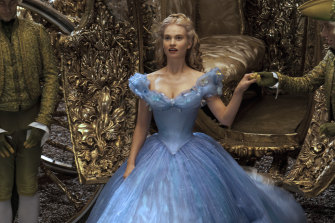 The new stage musical promises to be very different to other versions of Cinderella, such as Disney’s live-action take with Lily James in the title role.Credit:Disney

By "non-traditional casting" you mean what – body size, looks, ethnicity?

“I’m talking about all of that. What we most need is the right spirit, someone people can relate to. We are very open to considering all those things.”

Midnight – The Cinderella Musical won’t be just another pantomime take on the classic fairytale, promises Dean Murphy, creator of the show that will debut at Her Majesty’s Theatre in Melbourne for two weeks from June 26.

“We think of it as When Harry Met Sally meets the Princess Bride,” the prolific writer-director of Strange Bedfellows, Charlie and Boots, Cliffy and the forthcoming Paul Hogan film The Very Excellent Mr Dundee says. “It has a lot more comedy in it than a lot of Cinderellas.” 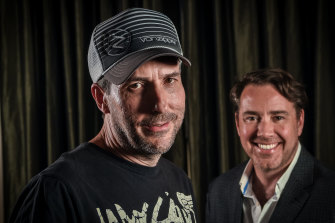 Murphy was inspired to craft the story because he has a young daughter – she’s now six – and was watching a lot of princess-type stories with her.

“And I didn’t like the way they played Cinderella as needing a prince,” he says. “So we decided to flip it – she’s very smart, passionate, funny and the last thing she wants is a prince in her life. So it’s about him chasing her and trying to prove his worth.” 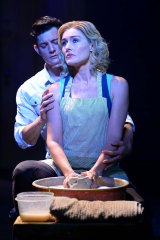 Rob Mills and Jemma Rix in the 2016 musical Ghost.

Though Ella is a role that remains to be filled, the prince in the equation is one-time Australian Idol contestant and musical theatre star Rob Mills. Shane Jacobson – who won a Helpmann Award in 2008 for his work in Guys and Dolls – plays the king. John Foreman and Anthony Costanzo have written the score and lyrics.

Home-grown musicals are rare beasts, but the rewards for getting them right are potentially massive. And the people behind this one are hoping for a fairytale ending.

Midnight has been in development for four years, backed by a small team of private investors with big ambitions. In the short term, the hope is for a run in all the Australian capital cities. But ultimately, the aim is far grander than that.

“We’d like it to be successful, but it’s a longer game than just the two weeks at Her Majesty’s,” says McLaren, who sees its Melbourne run as part proof-of-concept, part workshop.

“This is its next step on what we hope is a long journey. I see this as something that ultimately could play on the West End or Broadway.”