The “Daylight” crooner, 28, was spotted with Pine, 42, in Brazil on Tuesday, December 6. In photos published by Page Six, Styles and the Star Trek actor were all smiles as they shared an embrace and grabbed drinks with friends. The former One Direction artist — who is currently on tour in South America — dressed down in a black T-shirt and had his hair pulled back in a top knot. Pine, meanwhile, wore a white tee and dark pants.

The outing came three months after Don’t Worry Darling premiered at the 2022 Venice Film Festival amid speculation of tension between director Olivia Wilde and leading lady Florence Pugh. The drama only continued thanks to a viral video of Styles sitting beside Pine at the September screening. 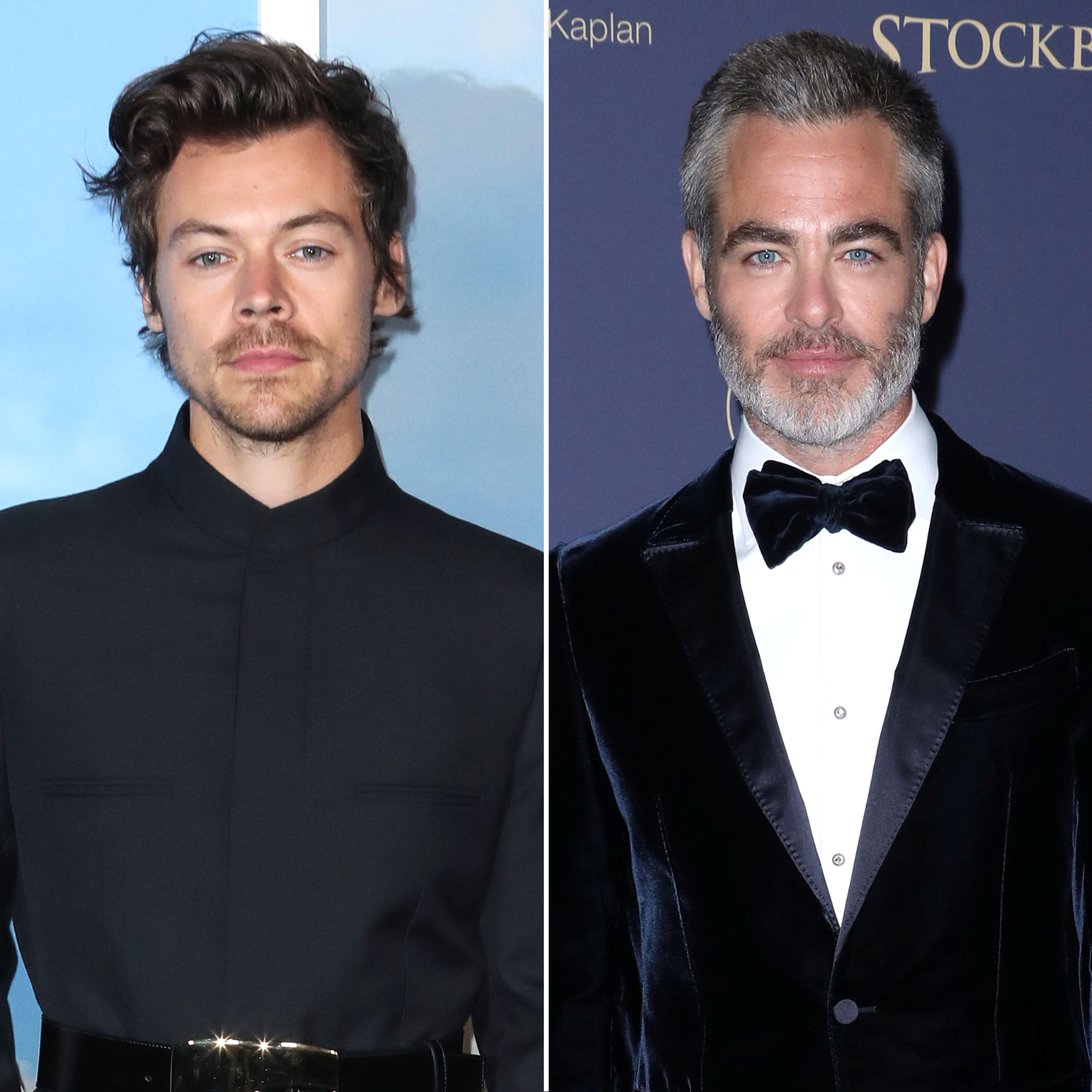 In the clip, the X Factor UK alum leaned down to take his seat — and appeared to spit on the California native. The footage showed Pine glancing down at his lap and paused to laugh before he continued to clap for the rest of the cast.

Fans debated the meme-worthy moment for days, but a rep for the Wonder Woman actor swiftly shut down rumors of any bad blood between the costars. “This is a ridiculous story — a complete fabrication and the result of an odd online illusion that is clearly deceiving and allows for foolish speculation,” read a September 6 statement. “Just to be clear, Harry Styles did not spit on Chris Pine. There is nothing but respect between these two men and any suggestion otherwise is a blatant attempt to create drama that simply does not exist.”

Styles went on to poke fun at the viral video when he returned to New York City after the premiere for the remainder of his Madison Square Garden residency. “Wonderful to be back in New York, I just popped very quickly to Venice to spit on Chris Pine,” the Grammy winner teased at the September 7 concert. “But [fear] not, we’re back and our job tonight is to entertain you and I promise, we are going to do our absolute very best.”

Don’t Worry Darling‘s offscreen drama nearly overshadowed its theatrical release, and Wilde doubled down on the “spitgate” denials during a September 21 appearance on The Late Show With Stephen Colbert. “He did not! Harry did not spit on Chris,” the O.C. alum asserted, to which the comedian quipped, “Only time will tell.”

At the time of the interview, Wilde was dating the “As It Was” singer, to whom she was first linked in January 2021. The pair sparked their romance while filming the psychological thriller shortly after the House alum ended her engagement to Jason Sudeikis. The exes share son Otis, 8, and daughter Daisy, 6.

Us Weekly confirmed in November that Wilde and Styles had called it quits after nearly two years together. Neither has publicly addressed the breakup.