Follow
Home » Lifestyle » ‘I can get superstars on the phone, but I couldn’t get my own Instagram back’

‘I can get superstars on the phone, but I couldn’t get my own Instagram back’

Celebrity agent to the stars Max Markson says he felt powerless when hackers took over his Instagram account and used it to try to scam his followers into downloading a cryptocurrency app.

One of the most connected men in Australia says he struggled to get someone locally at Instagram to help him get his account back, which he had for 10 years until he got a notification on Thursday afternoon saying someone had logged into it in Nigeria. 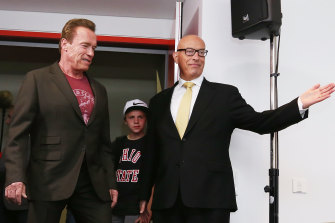 “Absolutely I felt helpless, like I couldn’t do anything and I’ve got like umpteen contacts from around the world. I can pick the phone up and ring any agent in the world,” he said.

“I can contact any superstar celebrity if I need to and pay them a fortune in money to make them a firm deal, but I couldn’t maintain my own Instagram. Which is crazy. The help centres are really hard.”

He’s not alone. Australians have been reporting hacks of their Instagram profiles for years, including former Miss World Australia Sarah Marschke, who was locked out of her account for two months after she was hacked in April. She heard nothing locally but eventually found a contact in Ireland who started the process of getting her account back.

After this masthead contacted Meta, the parent company of Instagram, to ask about the media team about the resources it had available to help Australians whose accounts had been compromised on its site, a process began to restore Markson’s account.

But after following the Instagram prompts on Thursday afternoon and sending a video of himself to prove he was the owner of the account, only to have that video rejected, Markson said he didn’t feel like there was enough support for people whose accounts are hacked.

“Because you can’t speak to anybody, and when you go on to try and fix that, you can’t. And I feel sorry for people whose business is run on Instagram who might be generating all their work and income from there,” he said.

“If you’ve got a business that relies on Instagram, their after-care services are not the best they could be.”

Markson got nine emails from Instagram about the login on a new device in Nigeria, but he was suspicious about whether they were also part of the scam. He got concerned messages from friends after the scammers sent them direct messages trying to scam them too.

“Somebody with 100,000 followers was saying that they bought a brand new Range Rover because they had done a crypto thing. Now they are talking in my name. They are posting on my Instagram now as though it is me posting it, saying ‘I will get my crypto advisor to help you’,” Markson said.

“Two people (told me they) were going to download the app and actually spend money.”

In a statement, a Meta spokesperson said Instagram was committed to safeguarding the integrity of its services, and works hard to protect its community from hackers and scams.

“We use technology to detect and block scams and work to get ahead of scammers’ attempts to evade our detection systems. We provide our community with robust in-app tools to report any content they believe violates our guidelines,” the statement said.

“We strongly encourage our community to turn on 2-Factor Authentication in their settings to protect their account.” 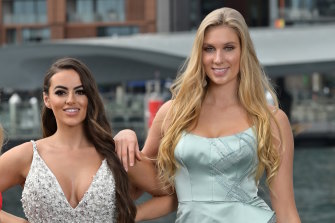 Meta says it has more than 40,000 people working on safety and security, including around 15,000 content reviewers. It has not detailed how many of them are in Australia.

Markson says he will turn on two-factor authentication on his accounts. But for Marschke, having that extra layer of security didn’t help.

“I went ahead and did all that and I still got hacked anyway,” she said.

“I reached out via all of the (Meta) links, and I did not receive a response throughout the whole two months that I was hacked.

”I always felt really dramatic saying it, but I literally kept telling everyone ‘I feel like my life is over’. All my personal information is in the hands of someone random. Not only that but something I’ve worked so hard to build since I was 14 has now been taken away from me.

“I make a solid income from Instagram, I book all of my photo shoots through Instagram, all of my events. I do sponsored posts. So that’s my job and I completely lost it for that two months.”