In the case between the manufacturing union and confectionary maker Cadbury, four High Court judges ruled workers who did 12-hour shifts were not automatically entitled to more sick leave than those who worked more normal 9am to 5pm hours. 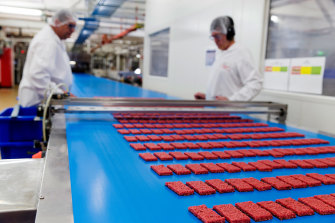 The decision preserves equality between workers on different rosters, giving every permanent employee a right to 10 days off a year paid at one-tenth their fortnightly earnings per day.

The Australian Manufacturing Workers Union (AMWU) last year persuaded the full Federal Court every permanent worker in the country should get 10 days' sick leave paid at the same rate as their normal work day. This meant a shift worker doing 12-hour days would get 120 hours' sick leave a year.

Employers argued that would unfairly benefit workers doing long shifts a few times a week, given they might not work any more hours on a weekly basis than someone doing regular 9am to 5pm work. Cadbury’s owner, Mondelez International, appealed the decision to the High Court with the support of the federal government.

Three High Court judges said the union's interpretation ran against the purposes of flexibility and fairness in workplace law as well as how it had been viewed historically.

"It would give rise to absurd results and inequitable outcomes," the judges, including Chief Justice Susan Kiefel, wrote.

A fourth judge agreed with the outcome but issued separate reasons while a fifth dissented, saying the legislation made clear the union's position was correct.

The Australian Mines and Minerals Association said the business community had breathed an enormous sigh of relief. "Business [has] been spared further pain and the economy has dodged a significant bullet at a time it can least afford [it]," the association said on social media.

If it had gone the other way, Mr Willox said, it would have discouraged businesses from employing part-time workers because they would have received an amount of leave disproportionate to the hours they worked. A Mondelez spokesman also welcomed the decision.

The two workers at the centre of the case, Ms Triffit and Mr McCormack, are long-term workers at Cadbury's chocolate factory in Claremont Tasmania, where they do 36-hour weeks split over three 12-hour shifts.

Each gets 96 hours' sick leave a year under their enterprise agreement with Mondelez, which adds up to eight days a year at 12 hours a day. AMWU Tasmanian state secretary John Short said he was disappointed his members would get "fewer days of personal leave per year than someone doing an office job working nine to five".

"We are now calling for the federal government to amend the Fair Work Act so that every worker has access to 10 days of paid personal leave every year, no matter what hours they work," Mr Short said.

Libra Season Is Bringing Balance To All Zodiac Signs This Month