Follow
Home » Lifestyle » Is it just me? Or are you suffering from TV tyranny, too?

Is it just me? Or are you suffering from TV tyranny, too?

Is it just me? Or are you suffering from TV tyranny, too? asks LAURA FREEMAN

Is it just me? Or are you suffering from TV tyranny, too? asks LAURA FREEMAN

Thanks to Twitter, I know who baked what and — spoiler alert — who left the tent by the back flap.

But I haven’t watched this year’s inaugural Great British Bake Off.

I’m behind on BBC drama Bodyguard, too: on Keeley Hawes’s power bob and her protector’s powerful pecs.

I haven’t seen so much as a trailer for Big Little Lies, 13 Reasons Why or Orange Is The New Black. But I know that Everyone Is Talking About Them. 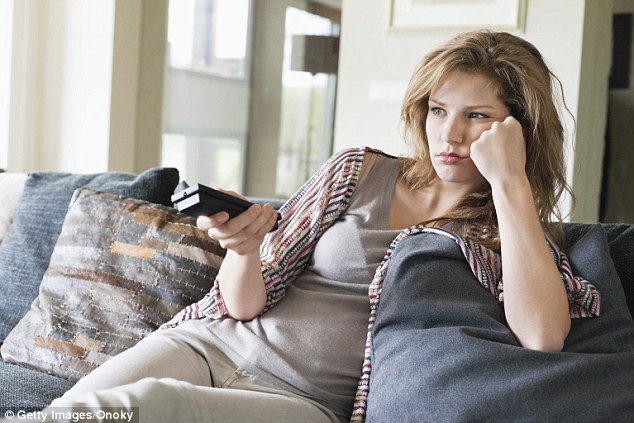 I met a woman at a wedding last week who introduced her toddler daughter as Cersei. ‘That’s a pretty name,’ I said.

‘Yes,’ said the mother. ‘From Game Of Thrones.’

I look up Cersei on Wikipedia: scheming, cruel and incestuous.

What about a nice name like Liz? She comes out of The Crown very well.

Keeping Up With The Kardashians? I can’t keep up with Inspector Morse!

We live, say the pundits, in a golden age of television. Now, the stars are all on the small screen. Hollywood clutches its Oscars and looks jealously at House Of Cards.

But what to do with this embarrassment of box set riches?

Take out subscriptions to Netflix, Amazon Prime and Sky Atlantic?

a, is, Just, suffering, TV, tyranny
You may also like:

Author writes of an incestuous relationship with her father at 26

#EmmysSoWhite: No Actors of Color Win Despite Record Nominee Lineup