Follow
Home » Lifestyle » Is it OK for this woman to let her BF suffer the consequences?

Is it OK for this woman to let her BF suffer the consequences?

‘You aren’t his mother!’ Woman sparks fierce debate after asking if it’s OK to let her boyfriend miss his passport renewal deadline and go on their trip alone – after he ignored her reminders

A Canadian woman has sparked intense debate on Reddit over her plans to teach her boyfriend a lesson.

The Redditor, who goes by ‘dekindling’ and appears to live in Vancouver, wrote that she and her boyfriend have an international trip coming up in two months and he has yet to renew his expired passport, despite multiple reminders from her.

Now, she is considering giving up on her warnings and simply letting him run the time out on his own — and when he’s left with no passport, she’ll take their planned trip all by herself. 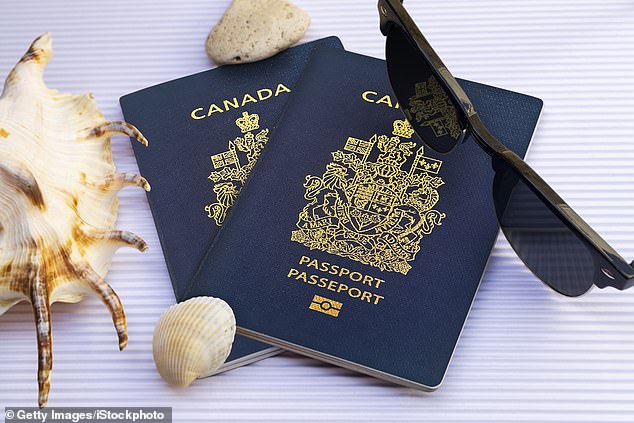 She warned him! A Canadian Redditor said her boyfriend is waiting too long to renew his expired passport before a trip – and is thinking of letting him suffer the consequences

Dekindling posted on the site on Tuesday, outlining her situation and seeking the opinions of others.

She said that she and her boyfriend of over a year have planned a week-long trip to another country for March of this year.

They booked their travel in November, paying about $1,000 CAD each — which, she wrote later, is a significant amount of money for each of them.

The problem is, her boyfriend’s passport expired nearly a year ago and he has yet to renew it.

‘His passport has been expired since May 2018, and I have brought it up several times,’ she wrote.

‘The deadline of him needing to have his passport sent off so he can get it back in time is approaching quickly.

‘I guess I’m asking preemptively to this so I know if I’d be an a**hole if I followed through with what I am currently intending on doing: I’m not going to say s*** and let him deal with the consequences if he doesn’t get it together on time.

‘I’ll have a lovely vacation on my own.’

Dekindling is clearly struggling with the decision a bit, but may have reached her limit with her boyfriend’s irresponsible behavior.

‘I love him a lot but he can be juvenile and I find myself feeling at times like a mother and child dynamic,’ she wrote.

‘Be honest. Would that make me an a**hole to knowingly let him miss out on our trip and lose the 1k?’

Her post has racked up nearly 1,000 comments in just a day.

Most people seem to agree that Dekindling is ‘not the a**hole’ in this particular situation, since it is not her responsibility to help her boyfriend behave like a functioning adult.

‘People need to learn to be responsible for their own lives, even when they’re in relationships. Having to mother a boyfriend is frustrating as f***, too,’ wrote one.

‘If he can’t connect those TWO MEASLY DOTS and get his s*** together, it’s his problem, not yours. Also, why are you with someone who is being such a dead weight? Life is too hard and too short to waste it on someone who isn’t even trying.’

‘Let the adult figure their own s*** out, you’ve already been helpful with reminders. Sometimes people need consequences to their lack of action,’ wrote another.

‘He’s a grown a** adult, his girl friend shouldn’t have to play mommy over something as basic as a f***ing deadline. It’s not hard to fill out the paperwork and get the passport photo, ffs,’ added one more.

However, there were a few people who sympathized with the original poster — but still thought her intended actions were a bit much.

Admitting that it isn’t the girlfriend’s responsibility to manager her boyfriend’s life, one poster noted: ‘To let him fall over this one to teach him a lesson will hurt him financially and not improve your relationship or change who he is.’

‘Your frustration is understandable. But it would be equally as juvenile for you to watch your boyfriend fail when you could step in and help,’ wrote another. ‘This lesson won’t magically change his ways. If anything losing the money and the trip will only add more resentment to your dynamic.’

‘Your not the a**hole in being upset and putting up with the mother and child dynamic, but at the same time I think you need to seriously evaluate your relationship,’ wrote one.

‘If you can openly let your SO spend 1000$ on a trip and not care if he actually is able to join you I think you have a pretty toxic relationship. Even if I was mad at my SO for being lazy I wouldn’t have the heart to go on a vacation to another country that we planned together over something as stupid as not having there passport ready.’

Others were more optimistic about their relationship — even if she does go through with her plan.

‘Ah I love my husband to death but early in our relationship the dynamics were going too much like this and I pulled something similar,’ one woman wrote.

‘[You’re the a***hole], but might be for the best. Give him one more reminder that he needs to get it done and if he doesn’t, although you’ll miss him, you’re still going on holiday.’

The mostupvoted comment said something similar: Give him one last first reminder, but let him know that he won’t get another one.

‘The reason this makes a difference to me is that you’ve gotten him used to being reminded, and pulling out from that support role without telling him explicitly that’s what you’re doing is unnecessarily unkind,’ the commenter wrote.

In the day since the post went up, the poster’s boyfriend still hasn’t sent in his application — though he has made some progress.

‘I gave the adamant “This is the last time I’m bringing it up, I spent money on this trip too and I’m going with or without you” warning,’ she wrote.

‘Then I dragged him out and got his passport photos — he was cranky about it initially but when it only took 5 minutes he admitted it was nice to have it done.

‘Now I can truly feel like I’ve done all that I reasonably can without tying him to the hood of the car and driving him to the office myself.

‘I love my bf and I do want to take the trip with him and I don’t think this is the rock I want to die on,’ she said. ‘But it’s time for the tough love card, even if it’s not going to be over this trip.’

bo, nagging, teaches, Tired, woman
You may also like: