“It is true. So Jenni and I did have a fight, which then resulted in a rift,” Lewis, 48, revealed during the Friday, September 7, episode of Jeff Lewis Live. “Now we’ve been very good friends and pretty much brother and sister, I would say, for like 15-16 years. So look, we’ve been through a lot together, and we’ve had fights before, and you know, this fight was very much like, you know, it maybe [got] a little more heated, but it was like the other fights. And it was really kind of silly and it was … I had offered some unsolicited career advice. That’s where it started escalating.”

“So we realized there are about three people in my office that really don’t wanna be there. That really shouldn’t be there. That have other objectives. … And other career goals,” he continued. “And I was actually very surprised to hear that Jenni was one of them and she said that she had given up her acting career to work for me, and that really hurt my feelings, because I felt like I have done nothing but accommodate her for her auditions and meetings and all of that.” 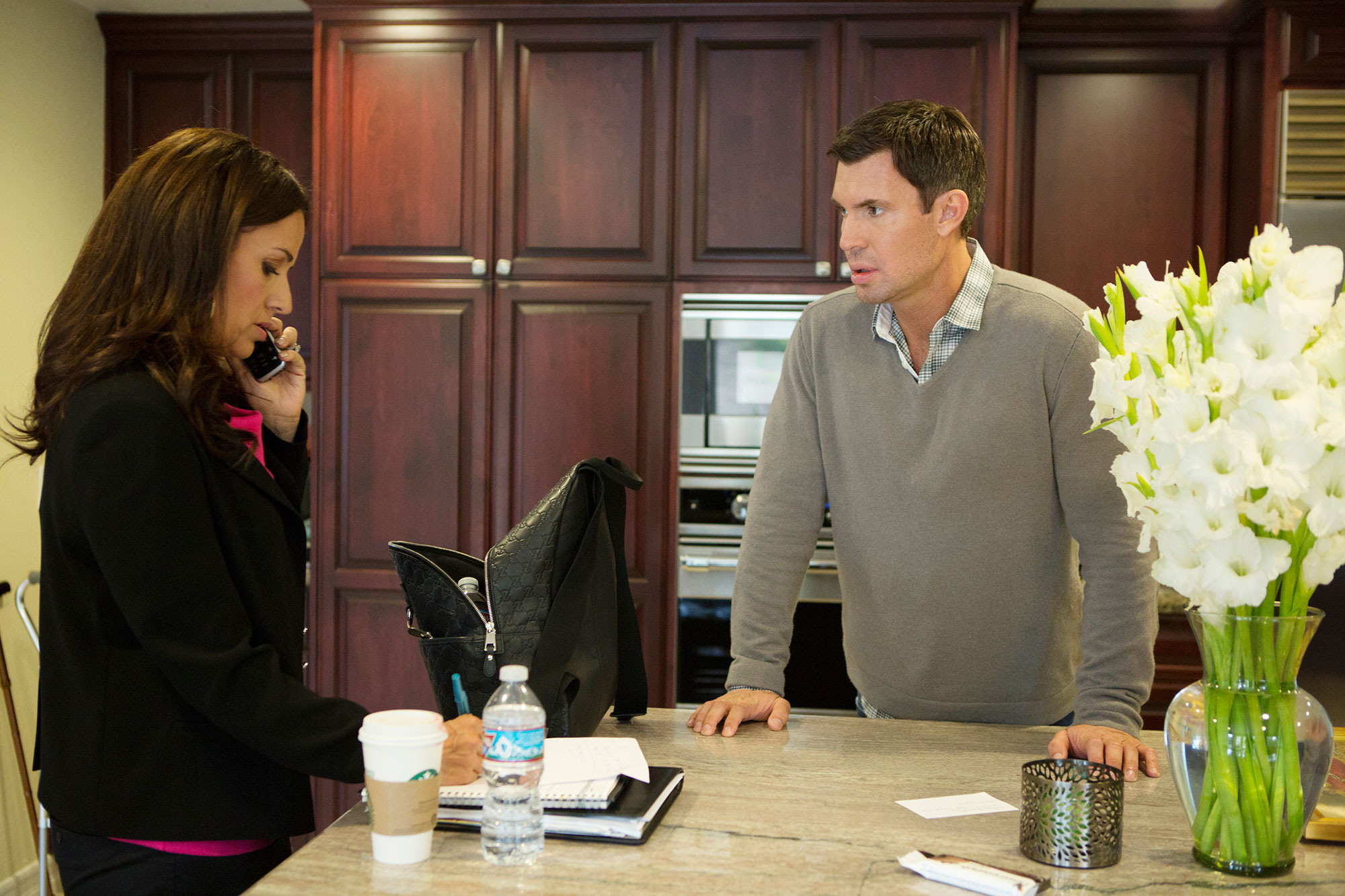 Lewis then dropped the bombshell that Pulos, 45, has not worked for him “for several, several seasons” before adding, “She’s employed by Bravo, and I apologize because it is the one thing that is not authentic about this show.”

The Bravo personality was worried that fans would stop watching the show if Pulos left, so he offered to transition her role to friend. Later he got a call from the series’ production company. “I was told that I was allegedly reported for abuse and victimization,” he said.

“This fight was no different than any other fight in the last 11 years of Flipping Out. This was no different than me yelling at a contractor for being late or somebody screwing up and causing me $5,000 worth of repairs,” Lewis claimed. “On Monday she doubled down and allegedly I was reported for wrongfully terminating her off her own show. And there were also allegations of a hostile work environment, so somebody’s talking to an attorney, which scares me.”

Lewis said he went through a lengthy interview process as a result of Pulos’ alleged complaint: “My showrunner had to go frame by frame to confirm that there was no abuse. I have been cleared of all abuse, victimization charges.”

After accusing the network of losing control of Pulos, Lewis joked about being out of work. On a more serious note, he added: “She’s no longer on the show, so I would be surprised if they picked it up.”

Us Weekly confirmed on Thursday, September 6, that the reality stars, who are executive producers of Flipping Out, were no longer business partners. Pulos acted as Lewis’ executive assistant on the Bravo series, which premiered in 2007, though the two were friends for years before.

The coworkers had issues in the past. Lewis sued Pulos in 2012 over her planned memoir, which was to be titled Hang in There, Baby – What One of the World’s Most Difficult Bosses Taught Me About Life, Work and Love, claiming that she breached their confidentiality agreement. The lawsuit was later dropped, and the book was released in 2014 under a different name.

Us has yet to confirm if an abuse claim was filed.

Flipping Out returns to Bravo on Tuesday, September 11, at 10 p.m. ET.

Allege, Jeff, Jenni, Lewis, Pulos
You may also like: