Follow
Home » Lifestyle » Jimmy Fallon Addresses Blackface Controversy: I Am Not a Racist

Jimmy Fallon Addresses Blackface Controversy: I Am Not a Racist 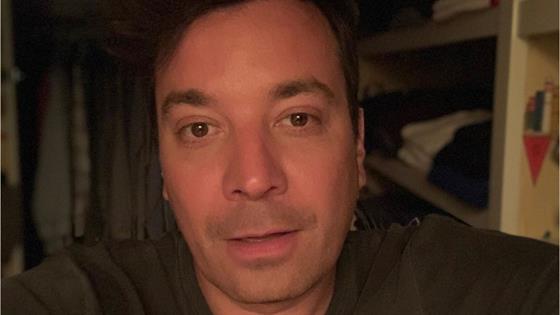 Jimmy Fallon spoke out about a resurfaced Saturday Night Live skit featuring him in blackface during Monday’s episode of The Tonight Show.

The sketch, which first aired in 2000 and reappeared online last week, showed the late-night host wearing blackface while impersonating Chris Rock. Fallon came under fire, and the hashtag #JimmyFallonIsOverParty started trending on Twitter. He issued an apology on the social network.

“In 2000, while on SNL, I made a terrible decision to do an impersonation of Chris Rock while in blackface. There is no excuse for this,” Fallon tweeted. “I am very sorry for making this unquestionably offensive decision and thank all of you for holding me accountable.”

On Monday, Fallon told viewers he wasn’t going to have a “normal show.” He said he was going to “start this personally and then expand out because that’s where we all need to start—with ourselves and looking at ourselves in the mirror.”

“I had to really examine myself, really examine myself, in the mirror this week because a story came out about me on SNL doing an impression of Chris Rock in blackface—and I was horrified,” he said. “Not at the fact that people were trying to cancel me or cancel the show, which is scary enough, but the thing that haunted me the most was: How do I say I love this person? I respect this guy more than I respect most humans. I’m not a racist. I don’t feel this way. And instead, what I kept getting advised was to just stay quiet and to not say anything. And that’s the advice because we’re all afraid.”

Fallon said he initially took that advice because he thought he would say something that would “make this worse.”

“So I thought about it and I realized I can’t not say I’m horrified and I’m sorry and I’m embarrassed,” he continued. “What that small gesture did for me was break my own silence. What then I started to do was talk to some experts, some of which are here tonight and this week, and I realized that the silence is the biggest crime that white guys like me and the rest of us are doing—staying silent. We need to say something. We need to keep saying something and we need to stop saying that’s not OK more than just one day on Twitter.”

Fallon then said he needed to be “educated about how to stop the silence and the fear of saying the wrong thing by not being silent and stepping out and stepping up.” He added that he and more people “need to be talking about this.”

He then urged viewers to “get proactive and activated in this love, in this change cycle.”

“So, let’s figure out how we’re going to get along with each other. Let’s figure out how we’re going to stop this senseless violence that erupts and disrupts the entire country and now the world,” he said. “The world is screaming and it is angry and we all need to figure out a way to take the anger, which of course is just sadness and fear, and do something with it and try to actually dig this up. This is such a long root in the ground. It is so long and deep but we have to get in there and we have to dig it up. I don’t know how else to do it. I’m clearly not an expert. I’m clearly a late-night talk show host and I screwed it up already. So, let’s go. Let’s reform. Let’s talk. Let’s do it.”

Fallon then opened the show by having a discussion with Derrick Johnson, president and CEO of the NAACP. They talked about being a better ally, keeping the dialogue open and taking action. In addition, he talked to Don Lemon about speaking up and the death of George Floyd later in the episode.

Watch the videos to see their full discussions.

(E! and NBC are both part of the NBCUniversal family.)

“E! stands in solidarity with the black community against systemic racism and oppression experienced every day in America,” the network said in a statement on May 31. “We owe it to our black staff, talent, production partners and viewers to demand change and accountability. To be silent is to be complicit. #BlackLivesMatter.”