A bestselling British author has come under fire after she said readers who buy secondhand books from charity shops are not ‘benefiting’ writers.

Joanne Harris, 54 from Barnsley and the author of hit 1999 novel Chocolat, wrote a series of posts on Twitter where she warned readers that not all book sales ‘bring royalties to the author’.

The writer, who was awarded an MBE in 2013 and has sold millions of books worldwide, also said that buying books from discount bookshops earns the author less money than borrowing the book from a public library.

Harris’ books are published in more than 50 countries around the world and they have won several British and international awards. 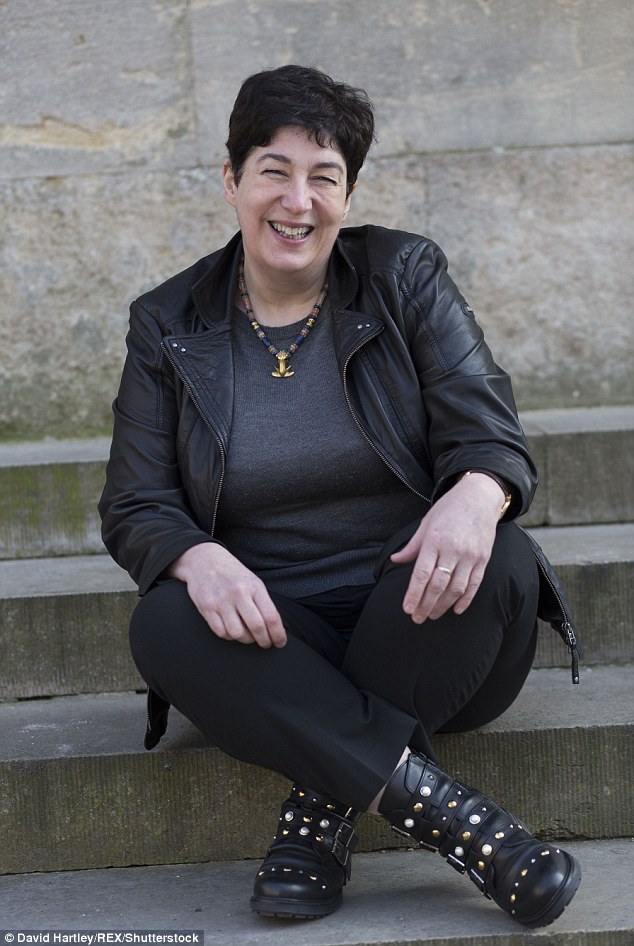 Joanne Harris, the bestselling author of Chocolat, took to Twitter to say that not all book sales benefit authors 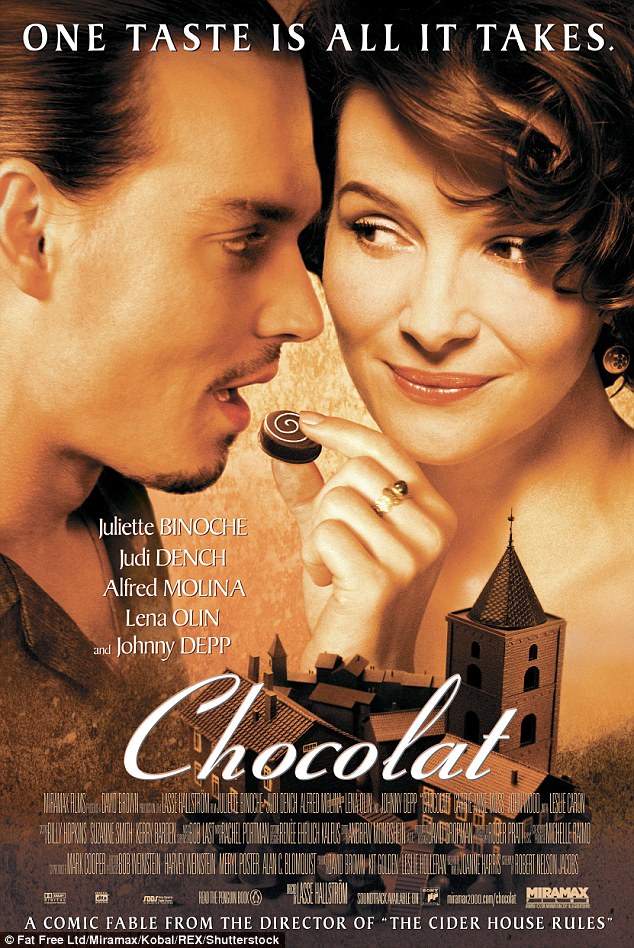 Her bestselling novel Chocolat was later turned into a movie starring Johnny Depp.

Taking to Twitter, Mrs Harris said: ‘Books bought on e-Bay, or in charity or secondhand bookshops do not bring in any royalties to the authors.’ 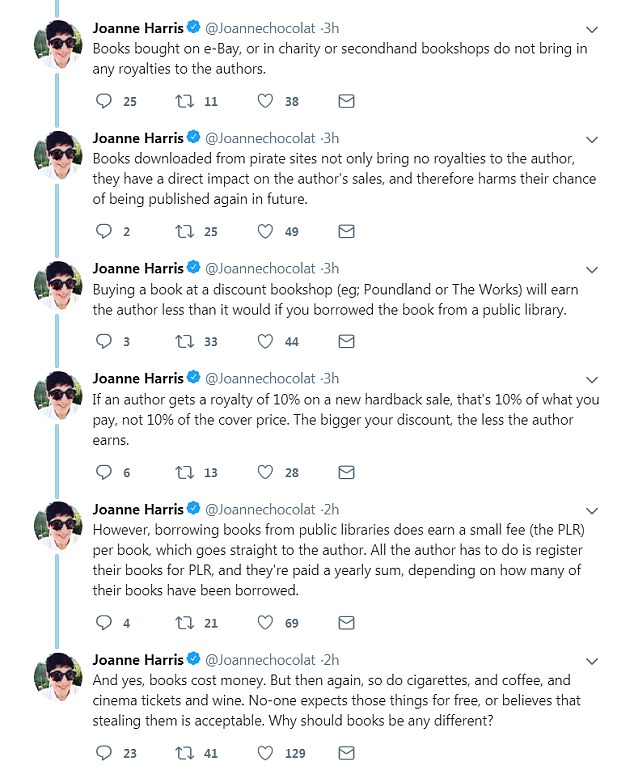 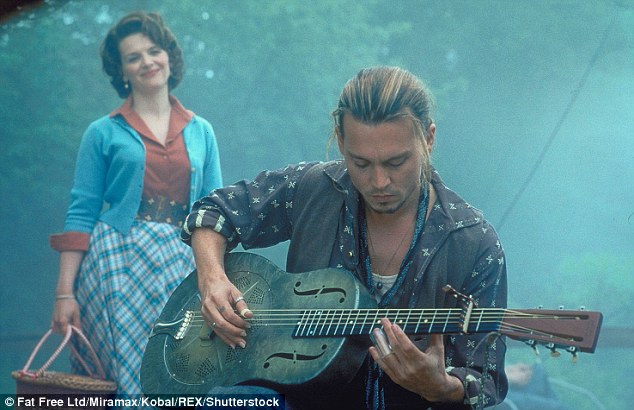 Her bestselling novel Chocolat was later turned into a movie, which starred Johnny Depp and Juliette Binoche (pictured)

She followed that with: ‘Books downloaded from pirate sites not only bring no royalties to the author, they have a direct impact on the author’s sales, and therefore harms their chance of being published again in future.’

And in one of her final posts, she wrote: ‘And yes, books cost money. But then again, so do cigarettes, and coffee, and cinema tickets and wine.

‘No-one expects those things for free, or believes that stealing them is acceptable. Why should books be any different?’

The author, whose recent series on The Gospel of Loki has earned rave reviews, has come under fire for her latest series of tweets.

Fans were quick to criticise the author for her series of tweets, with many pointing out the costs of brand new books

One fan replied: ‘While this is true, it is callous to try to guilt readers like this. For many, second hand is all that can be afforded.’

Another wrote: ‘This thread is laughable and incredibly tone deaf. Fair enough re piracy, but how dare you to try and shame people for buying a book on discount – not everyone can afford to pay first edition hardback prices. Be happy that people are reading.’

One fan pointed out: ‘Do you understand how charity shops work? It’s been donated as in someone’s already paid full price for the book… so you want double payment?’

While another Twitter user simply wrote sarcastically: ‘Sorry for being poor mate.’